Squirrel nest inside my HVAC!

Anything automotive in nature, be it Nissan or one of those "other" manufacturers.

Squirrel nest inside my HVAC!

So my Xterra has been sitting for a couple months in a rural environment.
(near identical designs as some years of Pathy)
past weekend I picked it up and drove it back to my new home state (Florida).
The drive was a bear but thats not important here.

I noticed this very unpleasant smell but figured it was from it sitting for a long time and maybe someone had used it ( my buddy had express permission to do so) and spilled something that never dried ( or so).

Also I thought the bad smell would be gone eventually because I had discovered a smelly package the day before and took it out....
however I also I noticed the air-conditioning was weak.
So I decided maybe the filters for the fans in the car are clogged also my eyes teared when I turned on the AC so I got even more suspicious.

Low and behold when I finally got to the interior filter I found a squirrel nest!
It smelled disgusting. 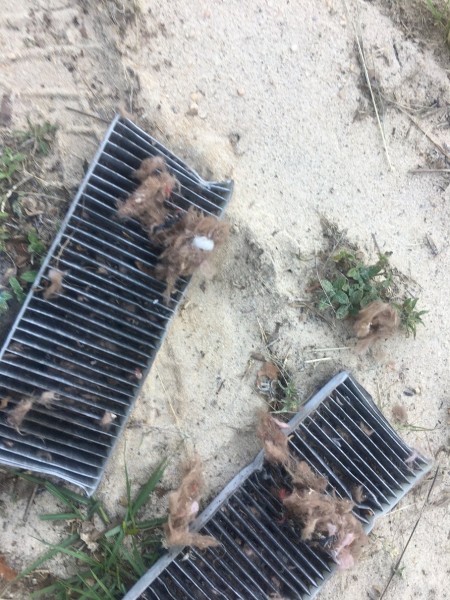 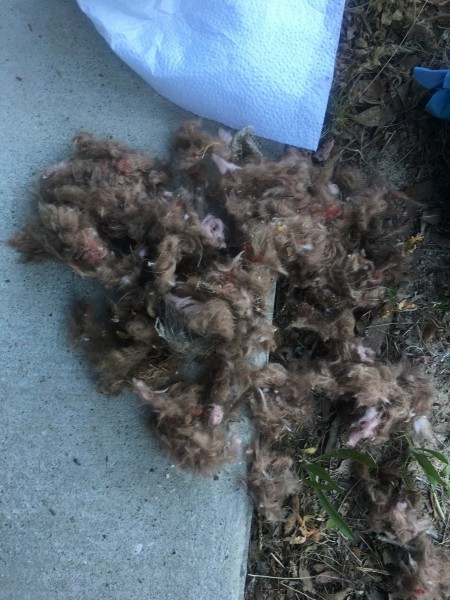 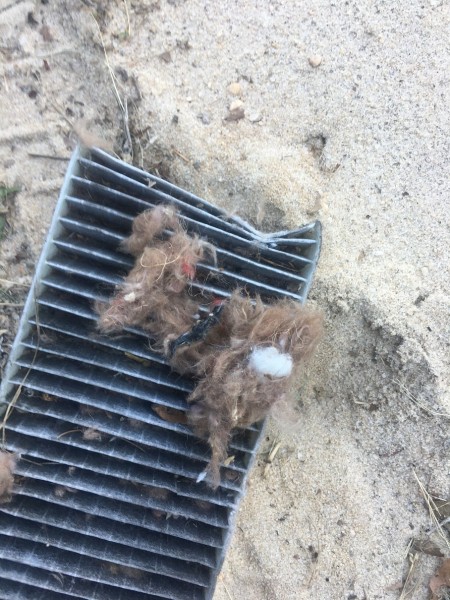 even after I took a while bunch out it still looked like this: 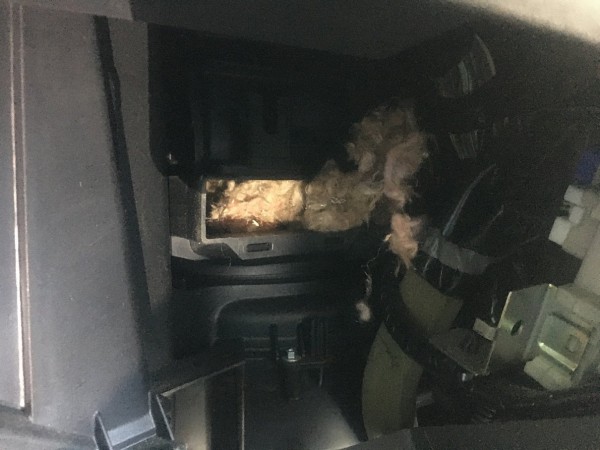 I took all out ( barely keeping myself from vomiting, I absolutely hate that smell) then cleaned the inside of the filter box with shop towels drenched in chlorox, then wiped clean, then some more cholorx let a chlorox drenched show towel sit in it while I ran the engine+HVAC fan.

Put in the new filters.

Sadly I still smell the squirrel nest smell when I put the HVAC on now.
Hopefully it will go away eventually, at least my eyes arent tearing up anymore.

Better the nest than the whole squirrel, which is what I found in the blower cage of my 08 Pathy several years ago. Yes, the smell was nasty! Who knows how long he was laying in the cage, spinning around and around?! If you sprinkle a little Carpet Fresh deodorant on the top side of the cabin filters, that'll help. The smell will eventually go away over time.
Top

I wonder how they got in.
I hope I dont have a hole in some ducts under the car now that I cant see.
To be safe I sprayed some peppermint oil thought he air intake to circulate thru all the ducts.

I understand it is a rodent repellant.
Top

PS: I also left a Peppermint oil soaked rag under the hood of both my Nissan SUVs to help deter more of the same.
Top

Did 2 aerosol foggers through the outside vent (with filters removed)
Smell 95% gone.
Top

Parked the car for a few days as i was using another
Smell got worse.
Took apart lower dash
Found dead juvenile mouse but mousedroppings show it was still alive recently.
Top
Post Reply
6 posts • Page 1 of 1