I must say, I was taken aback on how little the difference was.

100% there is less wind noise and suspension noise. It is definitely improved in these categories.
My thoughts are : better sound deadening and those new hydraulic body mounts paid off.

Engine
I thought, that the 4.0 was smoother than the new 3.8. I was very surprised.
I honestly did not feel any power difference or quickness differences.
When I test drove the new Frontier for about 25 mins and hopped into my truck..it was the same feel.

Transmission
I thought, that my 5 speed clunker of a transmission, has much more predictable and proper gearing between the shifts. A few times, when I gunned the Frontier, and the transmission would overspin before gearing down when letting off the throttle, almost to the point where it had problem finding what gear to use. I've seen this in these 8+ speed transmissions. There's a lot happening down there!

For certain the new transmission helps a lot with the noise of the truck. It is much quieter at higher speeds and the fuel numbers should improve a bit.

Seats: I like my cloth seats better than the mesh material used for the Zero-Gravity. Probably would go to the leather.

Instrumentation
Frontier update, hands down wins. It is just a nicer dash, and everything is truck like and the center console has been widened. I love the new dash. A quick look and yep - this new dash and the edges look very close the how the Pathfinder fits the corners. The new dash feels "closer" to you.

That being said - since I've added a rear view camera and SONY XAV (Android Auto), there's no a huge leap in technology that you gain.

Eventually all good things come to an end, but for $55K CAD, my $3K Pathfinder I purchased 4 years ago is one of the best bargains in the automotive industry.

Obviously a pick-up truck has different uses than the Patty. For that reason, it might be worth buying the new Frontier. For certain that truck is going to last a long long time.


For those that have an R51 in good condition, keep it that way. It's worth every damn penny in my opinion.

The only thing that would make me switch the new Frontier? A diesel. Save me 30% on gas, I'd agree with that, but it would have to be priced reasonably. I'd buy one tomorrow if Nissan braved up.

But of course our vehicles are so good, if you have one in good condition there is little incentive to change.

My R51 is currently getting the underbody de-rusted/repainted and some other minor rust spots fixed.
It is mechanically 100% at 173,000 miles.

Frankly I am amazed that the transmissions shifts like new.
With 173,000 miles (in a V8) that's been used to tow so hard the entire rear suspension needed rebuilding on purchase plus both rear wheel bearings,.. well its amazing
Top

My next Frontier will be a Ford Maverick. It does everything I need it for and much better ride and gas mileage. 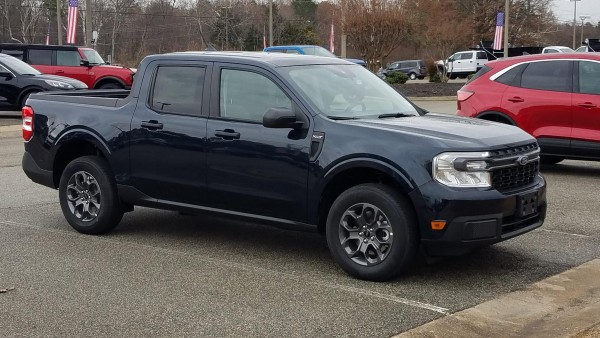 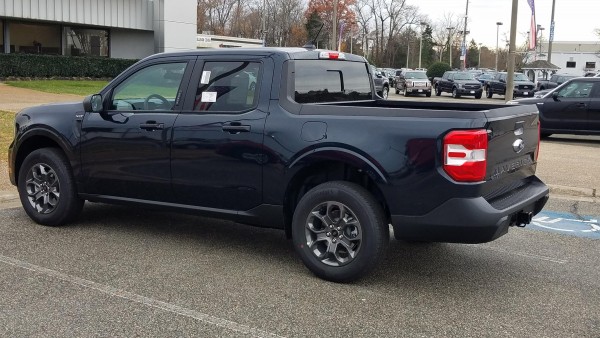 The one thing they still didn't fix (and should have) is the turning radius. Big lol, you still point it at Alpha Centauri and maybe it makes a left before you pass Tau Ceti. The new gen Armada actually turns about a foot tighter.

Can't argue with the Maverick! Ford has done a great job in hitting the small truck targets for years.
Ride quality is a huge deal. The Maverick looks awesome.

My personal experience and that of my co-workers, is to stay away from Ford's low hanging fruits.
The Maverick pricing and style is sure to be a big hit. I love the truck bed options. Some great thought in that design.
Top

My only doubts about the Maverick would be using it as a hauler. The eCVT seems to be the same concept as the gen2 Prius, basically they use a second electric motor as a magnetically-variable slip coupling. The strength of the magnetic field determines how much of the engine's power is conveyed to the wheels. That won't work in a gasser because the flux density required is enormous, so you couldn't possibly run it with low-voltage DC. To apply it in a conventional car you'd need a high-voltage battery and drive/decoupling motor, and then you're a hybrid and no longer conventional. That's why you won't see it in, say, an Altima. However, it is a superior concept to the way Nissan presently does hybrids (two decoupling clutches and a conventional belt-CVT). My doubt about the eCVT in larger vehicles has always been the long-term reliability of Motor-Generator2. The heat generated by using the motor as a slip-coupling is significant, and the more ponies you're pushing from the gas powerplant, the more work MG2 needs to do. So the case is still out about the eventual reliability of expanding the concept to stuff much heavier than a Camry. For a lightweight pickup the size of a Maverick, I'd think it's fine, but I dunno if I'd push it too near its load or trailer ratings on a regular basis. That might be taking the tranny's life in your hands, and those motors won't be cheap.
Top

If anyone has a look at Ford hybrids on the used car market. How confident would you be purchasing one in all honesty.

For me - this is a vehicle type to own and maintain fully under b-to-b warranty care. Under the guise, the risk is minimal, especially if you drive average distances.
Top

I test drove just about everything last year...I need a similar cargo box for ~10 foot surfboards and XL mountain bikes. I don't "need" great 4WD but it sure has been fantastic to have a locking center diff and Michelin LTXs when its called for.

Hard direct comparison because of how much work I've put into my truck with suspension, steering, and sound damping. But if it died tomorrow, the closest/best thing is the new Ford Explorer or an Expedition. The Expedition gets better mileage and drives very well. The Explorer desperately needs new shocks and springs to be on the level, but the Explorer ST with that simple change would be a craaaaaazy good ride.

But I just did my timing chain again though, and almost everything on my accessory drive is new. Plus, everything underneath is in great condition. Hard to see spending $40-60K anytime soon to get "roughly the same for hauling bikes and boards. But if I did...Explorer seems to be the one!
Top

Alexonautos mentioned that he purchased a Dodge Durango as it was one of the few vehicles that hit the target for towing, and had a V8 available. Albeit, the trunk space (lack) for such a large vehicle was an issue, it wasn't his highest priority.

In his charting, the Ford Explorer was the competitor to it as it has the towing capability and size.

The ST versions are really really cool. It reminds me of the SVT versions of vehicles Ford used to pump out.

I'm not sold on Ford quality, though. In my mind, if I'm forking out this type of money, I really have to think of spending the extra 3-5k on a Toyota or Lexus. Maybe something 1-2 years old even. But size, function, and what's available on the market and what fits your needs - impossible to ignore it.

Funny story:
I was at my independent auto mechanic. The Shop manager is reaallly nice guy and helpful, operating the place for years. His mechanics, they all drive Toyotas or Hondas.

One his customers pulled up in a Dodge Caravan (new), came in with a coffee for him.
We started discussing the price and the what a good deal it was for the money (Dodge). We started talking about how much more expensive a Toyota Sienna is, and a Honda Odyssey is, in comparison.

I said to his customer.."you know, when you look at vehicles, look at what car your mechanic drives. I mean, those guys fix vehicles for a living, they know what shows up in their shop and what doesn't."

We turned to the shop Manager and asked him - "hey, what do you drive".

He said, "I own a Sienna", as he looked down at his invoicing.

For what its worth, I was recently in Eastern Europe and my taxi driver showed up in a Chrysler minivan.
Had 500,000 km (=300,000 miles) on it.
Guy said he never had any major systems break, but does his maintenance religiously.
Says he loves american cars for their ability to deal with the bad roads there.
Top

I think there are some venerable engines that are made out there from Chrysler and others.
The Taxi - who can argue with those results!
Top

I'm not sold on Ford quality, though. In my mind, if I'm forking out this type of money, I really have to think of spending the extra 3-5k on a Toyota or Lexus. Maybe something 1-2 years old even. But size, function, and what's available on the market and what fits your needs - impossible to ignore it.


That's what landed me my Pathfinder, along with its timing chain and radiator issues. It's my seventh Nissan/Infiniti and I was pretty surprised. Not so worried about Ford, the only thing I didn't like was the shocks and springs but that's something I would plan to do anyway.

If I was tilting more 4WD I would look at the Rubicon or 4Runner, but the Rubicon has a lot less interior space (a thing for mountain bikes) and the Toyotas have way too high of a floor for my 34" inseam. Plus I just spend much, much more time on the highway, moreso in SoCal than Virginia.
Top
Post Reply
12 posts • Page 1 of 1