2013 Pathfinder will be the re-design

Thought i'd add a bit more..

One of the biggest changes to the upcoming Pathfinder design is the return to a unibody platform (also utilized on the second generation Pathfinder), which offers numerous benefits including enhanced interior packaging flexibility - The R50 although a unibody was a briliant offroader with a damn rigid axle!!..

"It's fitting that a vehicle that tackles adventures in a whole new way also now completely looks the part." - Yeh new who knows how big the sped breakers at the malls are these days..who is this joker anyways Castignetti anyways..

We've created a vehicle with an extraordinary balance of SUV capability, thoughtful technology and premium comfort to lead the segment once again – and help owners accomplish more in the real world, not just off-road." Where the hells all the off road heritage!!

addressing buyers' desire for more efficiency in every aspect of their lives, the Pathfinder powertrain utilizes a refined V6 engine mated to a next-generation Continuously Variable Transmission (CVT) to provide an expected 25 percent increase in combined City/Highway - What the F**k..Why didnt they just call it the Murano XL or something,,why use the pathfinder nameplate!!!

Over here,,for midsizers off road worthy vechiels,,there were 3..the mitsubishi Pajero, Toyota Prado and the Pathy..Nissan you've just fking handed over your sales to those two yuppies!! The Pajero i have respect for but the Prado no way..

Another fine vehicle destined for the current SUV market. It's nice that it will blend in so well in a crowd: 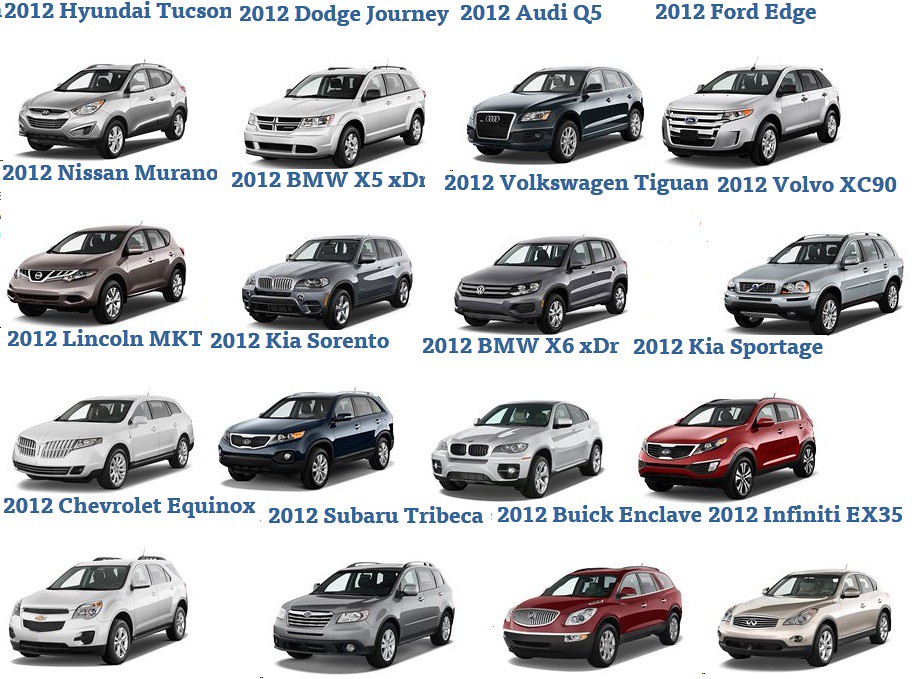 too bad they're slow and they get not-so-great mileage.

plus apparently the rear passengers get bonked in the head when you close the rear hatch.

My wife says she likes it. This coming from someone who when given the choice to buy ANY vehicle she wanted....picked a minivan.
Top

These are not SUV's. They are big cars.
Top

NVSteve wrote:Another fine vehicle destined for the current SUV market. It's nice that it will blend in so well in a crowd:

This is what surprises me most about the redesign. Going back to the article I posted in the beginning of the thread there is this:


While the 2013 Nissan Pathfinder is set to migrate to crossover status, that doesn’t necessarily mean it will automatically turn into a jellybean-shaped passive people mover. Nissan tends to slather its crossover SUV with bulbous styling excess, but we suspect the new Pathfinder will continue to come wrapped in bolder and, dare we say, more masculine looking styling than, say, Nissan’s Murano.

It was known for quite some time that the next gen would be a CUV, I just expected it to be differentiated from the crowd. This looks pretty vanilla to me. Not that I would ever buy one, but the Explorer has bolder styling than the Pathfinder now.

dared3vil00 wrote:You know what Nissan, Fack YOU. I had faith you would not wreck this. Thanks for taking a name such as "Pathfinder" which implies it's an off road worthy vehicle and turning it into a Nissan Sante fe POS

Nissan hit a grand slam in 2005 and the next gen leaves me speechless.

The Pathfinder had some rather bold styling, being squared off and having major fender flares. Adding in a nice powerplant and offroad capablilties and we had a sweet package. The only thing I like that would replace this would be something like an LR from Range Rover.

Enjoy what you have, guys, it is still a great vehicle and will only stand out more.
Top

Oh how i would of loved a pathy that looked similar to the r51's, but with more powerplant options. perhaps a Diesel? T/TT gas i4?
Top

We went to a Motortrend auto show today to kill some time & see what might be coming. Of course they didn't have the Pathfinder concept, but they did have the Ford Escape that I posted about earlier. I would say the Escape & Pathfinder are making equally drastic of moves, and it is really too bad. I understand the bottom line is appealing to the masses, but at this rate, there will be less than a handful of vehicles (not including pickup trucks) that are worthy of the SUV badge & capable off the pavement. We looked at every single mfr's SUV lineup, which was both comical & frustrating at the same time. They seriously all look exactly the same. I still like the idea of the new engine in a Rubicon Unlimited, but it seems like all the body panels & plastics are really thin (yes, I was testing this with my fist). I just dont' know what to think at this point, aside from waiting to see what happens to the Xterra. As it stands now, I'll be keeping the Pathfinder indefinitely.

Anyway, here's the new Ford Escape in person. Lots of people were cussing about it, so at least we aren't alone with our thoughts. 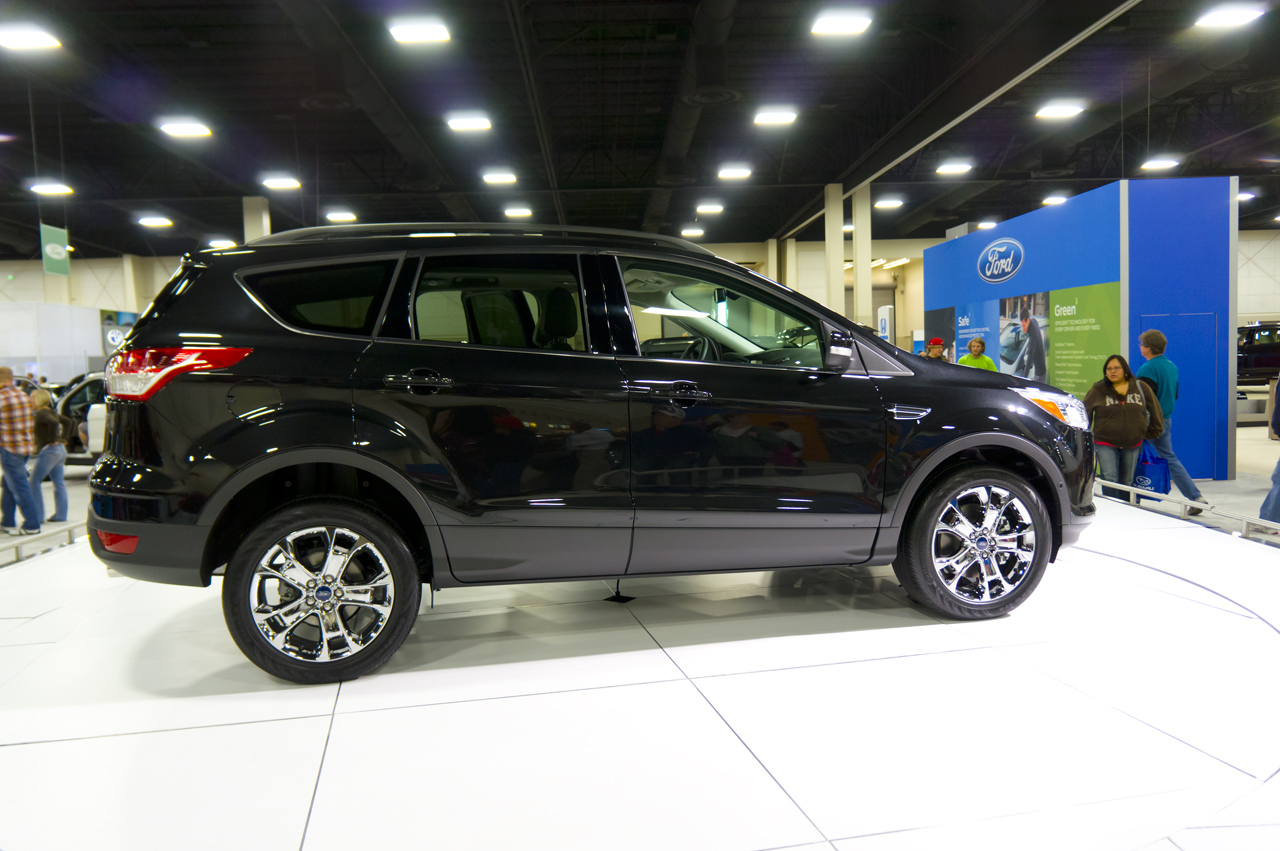 Looks very similar to the Edge and 2011 Explorer.
Top

What you guys need is this bad boy right here, a design that been around for almost 20 years and still going strong..

or this guy whos been dressed up in a tux.

Recently drove this new guy but no off roading,,pretty big with lots of off road gadgets but i hear this new ones pretty damn heavy and not as nimble. Will reserve my judgment till i get a chance to drive it off road..
Top

There is some hope for at least one of the Nissan family members:

Nissan has good news for anyone weeping about the fact that the 2013 Pathfinder has abandoned its body-on-frame ways. The company isn't completely ditching legitimate SUVs for the crossover crowd. According to Car and Driver, the Nissan Xterra will continue to shun a unibody design for the conceivable future. The magazine spoke with engineers familiar with the development of the Xterra who said the vehicle will share its DNA with the Nissan Frontier for years to come.

That means buyers will still be able to enjoy the vehicle's truckish charm and legitimate off-road chops. Those who want something a little softer or smaller can turn to the automaker's Rogue, while the 2013 Pathfinder will now offer mall-goers a suitable alternative to the Ford Explorer. The times may be changing, but for now, the Xterra isn't.

coom1986 wrote:What you guys need is this bad boy right here, a design that been around for almost 20 years and still going strong..

they are not available there
Top

they are not available there

They are, in dressed up form.