So the Pathfinder has not seen many upgrades this winter so far.

that being said, I did upgrade my battery terminal clamps with some high quality terminal blocks from ruggedrocksoffroad.com

here they are installed on the Pathfinder 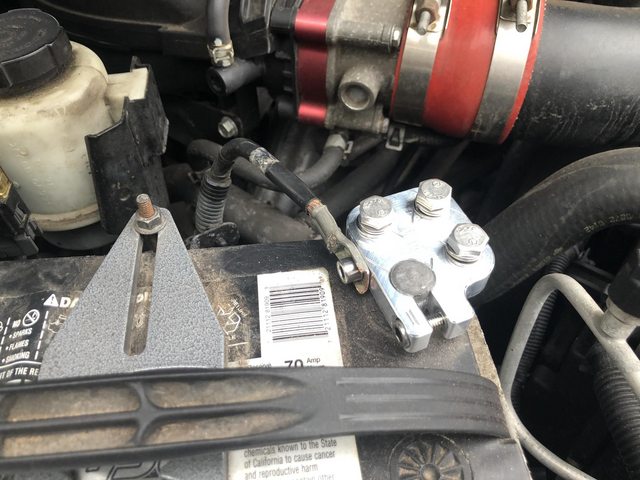 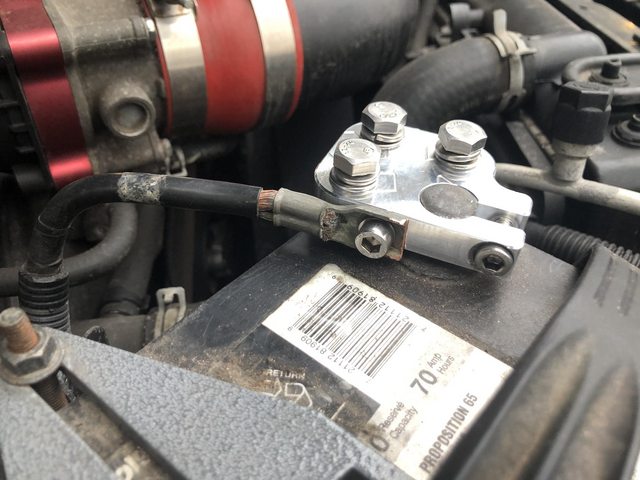 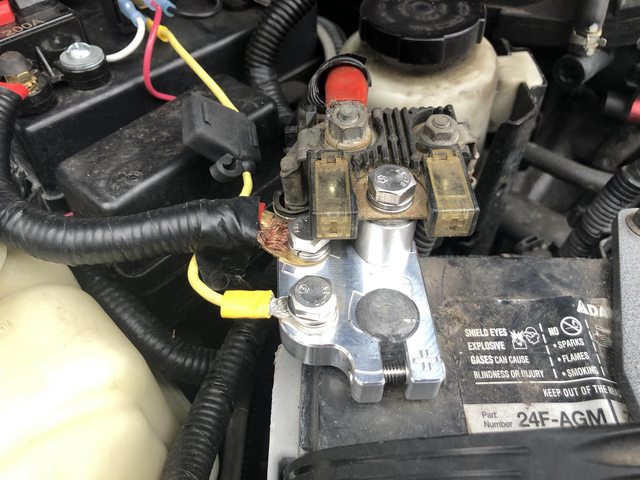 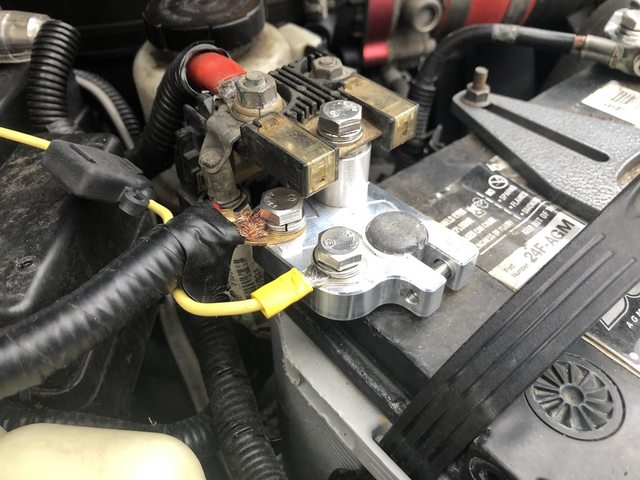 These are very handy to have if you run a lot of aftermarket electronics on your Nissan. I run everything ranging from Lights to Air Compressors, to Subwoofers.

I did modify the negative battery cable so that it was compatible with the new terminal blocks. I used a dremel to cut off the clamp portion of the old cable and then bolted on the ground cable to the side of the terminal using the included hardware.

You will also notice that there is a riser piece that raises up the fused link on the positive cable. You need this riser in order to properly install the terminal block on the positive side of the battery. Its a tight stretch but it does have enough slack to be positioned farther up without an issue.

Hood clearance is also not an issue. Our battery's sit lower in the engine bay than most people would think.

Just remember that the negative cable has a voltage sensor in it. If you run a ground, you want it to be on the chassis side of the sensor and not at the battery terminal.
Top