There are times when the Car Gods speak and say it's time to say goodbye to a beloved ride! About a month ago, my 2006 Pathy LE tagged a buck on the right corner. While the insurance company totalled it, I decided to keep it and the $2220 they gave me an fix it myself. 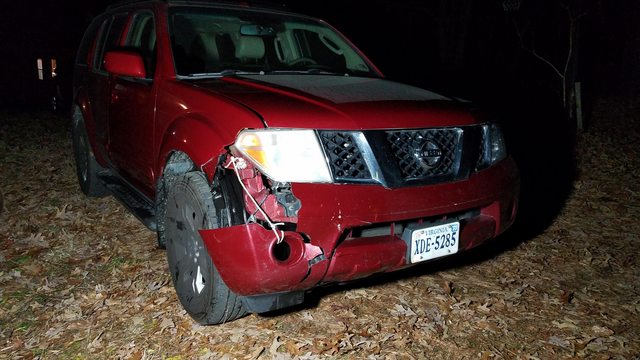 I found a good fender in the salvage yard painted the same color, along with the radiator core support it needs; I already had the headlamp waiting to go on. I order a new, pre-painted, bumper cover from Ebay and it showed up looking really good! I also got a new fog lamp and assorted clips, the inner fender liner, etc. I also picked up a new coolant reservoir because that broke as well. In fact, I got everything I need to start tearing it apart and fixing it. But, as fate would have it, she took another blow! During this snow storm, a large pine tree in my yard broke and fell across the roof! My 2003 Frontier would have been parked right next to it and taken a hit if I had not moved it under the car part, although the tree did tag the tailgate and did some minor damage. I don't think I'll be fixing her now! 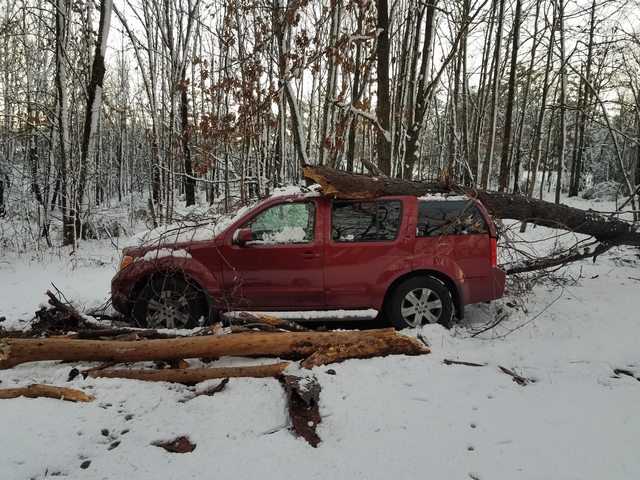 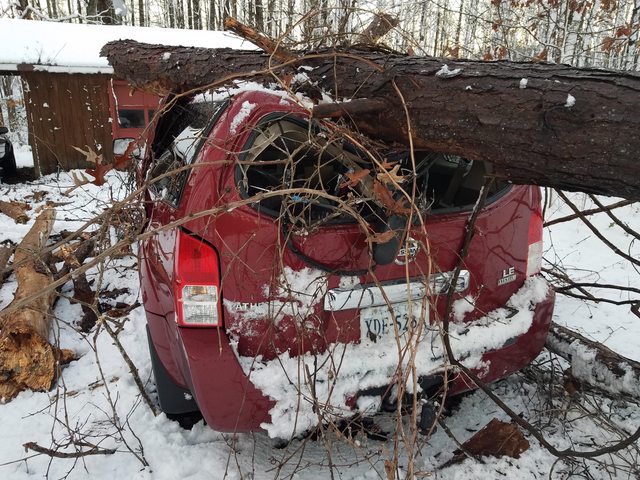 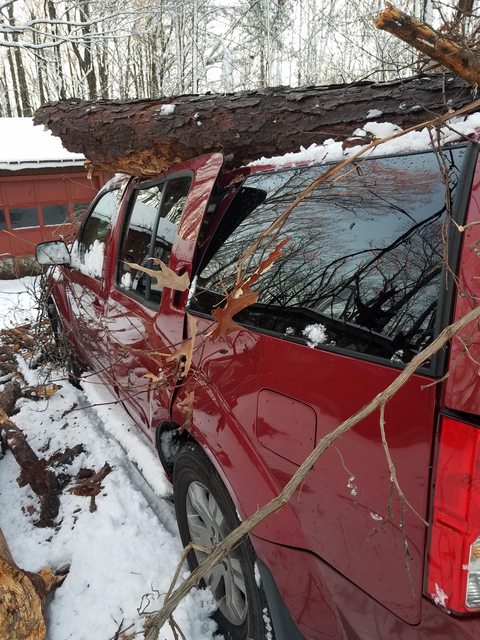 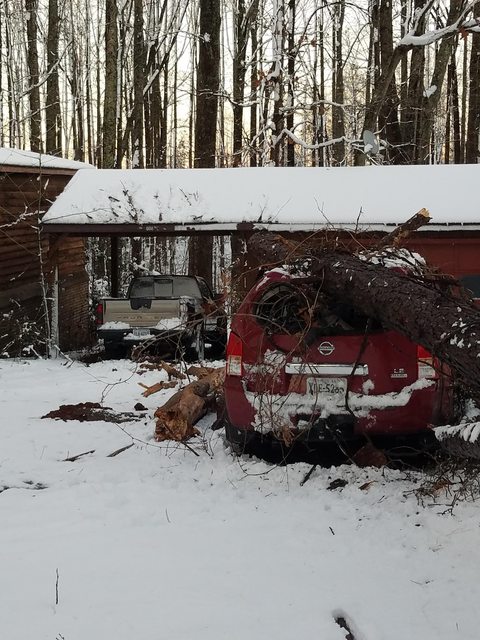 Sorry to see your Pathy go. Your insurance company MUST HATE you right now LOL

They're probably thinking you're sabotaging to milk them for money at this point. I hope you get another Pathy, like palmerwmd suggested, time to step up to a V8. Your knowledge on these platforms is invaluable.
Top

That silver V8 w/ the new tranny has a good service history and also been a Arizona and Cali vehicle its entire life...
Top

OMG. If bad luck comes in threes, I don't even want to think about it.
Top

A few years ago, I watched IIHS film of improved testing they were performing regarding roof strength of compact pickups.

One of those tests involved, was not a rollover test, but a structural test of the ability of vehicles and their roofs, against angled impacts.

Obviously horrible accident, and thank goodness no one was hurt?

Obvious so many choices out there. Look out for safety in vehicles. There is a difference.
Top

Very sorry for your loss. But glad that you and your family are safe.
I hope you’ll continue being on this forum as your advise has been very valuable for a lot of members including myself.

Do you plan to get another R51 and harvest this one for parts or will you be parting this one out?
Top
Post Reply
9 posts • Page 1 of 1