A couple of weeks ago I sent an email to some German friends telling them that they should go to various places here and there the next time they come and visit. A day later, I received reply that they were coming out in a week, and forwarded me their itinerary. There was a 3 day window of time where they would be in one spot, so I booked the entire week off from work, pending word from my German friends. This was all hinging on when they could get hiking permits for a place called the Northern Buttes, which contains a gem known simply as The Wave. The vast majority of Europeans know of this place because of a German documentary that made the rounds a number of years ago. A person can buy a hiking permit, but only something like 3 months in advance. I've looked at their bookings through January, and pretty much every day is sold out (they only have 10 per day available). The other option is to show up at a BLM office in the middle of nowhere at 9am for a lottery to find out who gets the 10 permits they allow as walk-ins (a total of 20 people can visit The Wave per day). My German friends tried on Tuesday morning and actually won one of the permits, but gave it to someone else as they had 4 in their party and it would be useless to have only 1 person go. I decided to just drive down to Page, Arizona, and meet them for dinner, and either join them on Thursday for a hike through the Wave, or join them as they visited the South Rim of the Grand Canyon. I showed up Wednesday afternoon, and they had also been picked again in the lottery, but once again, only for one permit. So, they gave me the permit for Thursday and that's where I went for most of the day.

Here's the bridge just south of Glen Canyon Dam. I am not a fan of heights, otherwise I would have walked across and taken pictures of the dam. 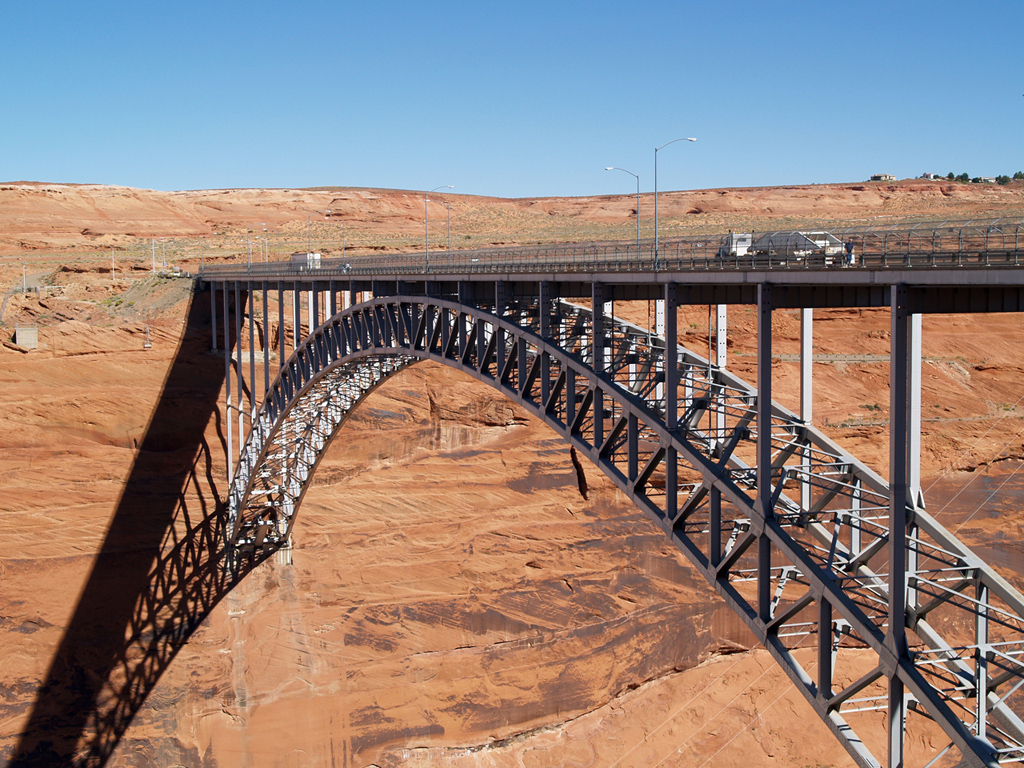 As I mentioned in the other thread, the road had some serious problems because of recent flooding. If a person didn't have 4x4, they would have to make a 150 mile detour and drive in the backside, which still isn't all too car friendly, but passable. I parked in the same spot I had a few months ago when I was here backpacking, and even headed out on the same trail: 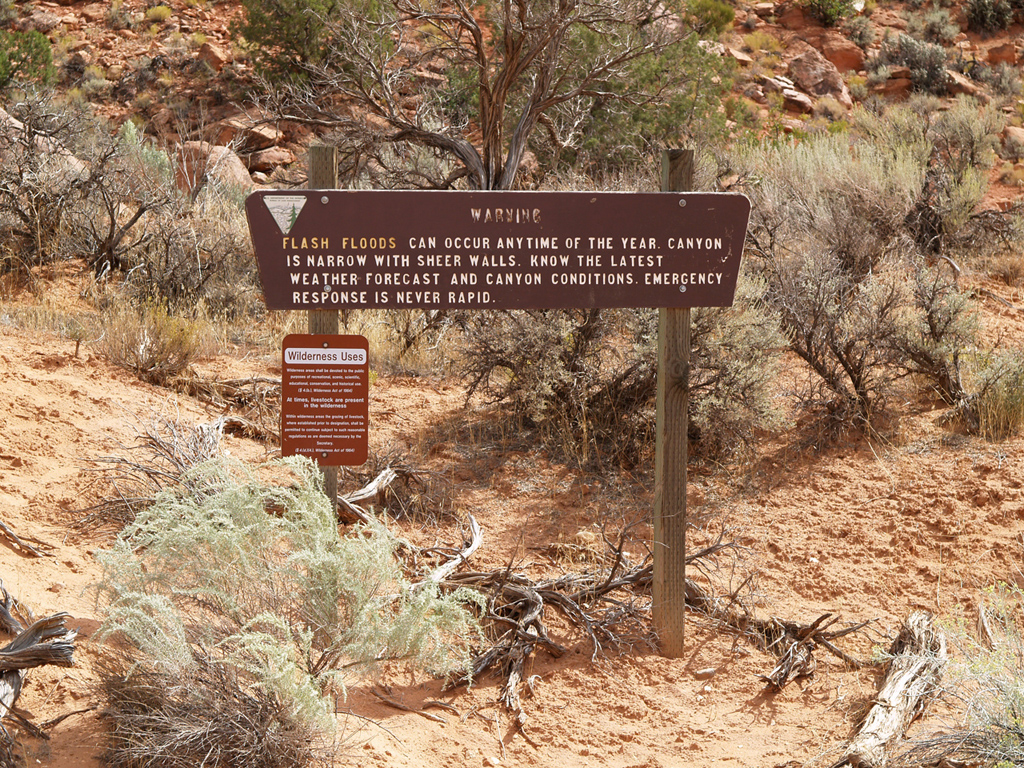 About half of a mile in, I had to veer off onto another trail that ceased being a trail about 1/2 a mile in. From that point on, it's about 3 miles hiking across sandstone using distinct outcroppings to find one's way.

Some of the scenery along the way. The colors of everything really reminded me of Australia: 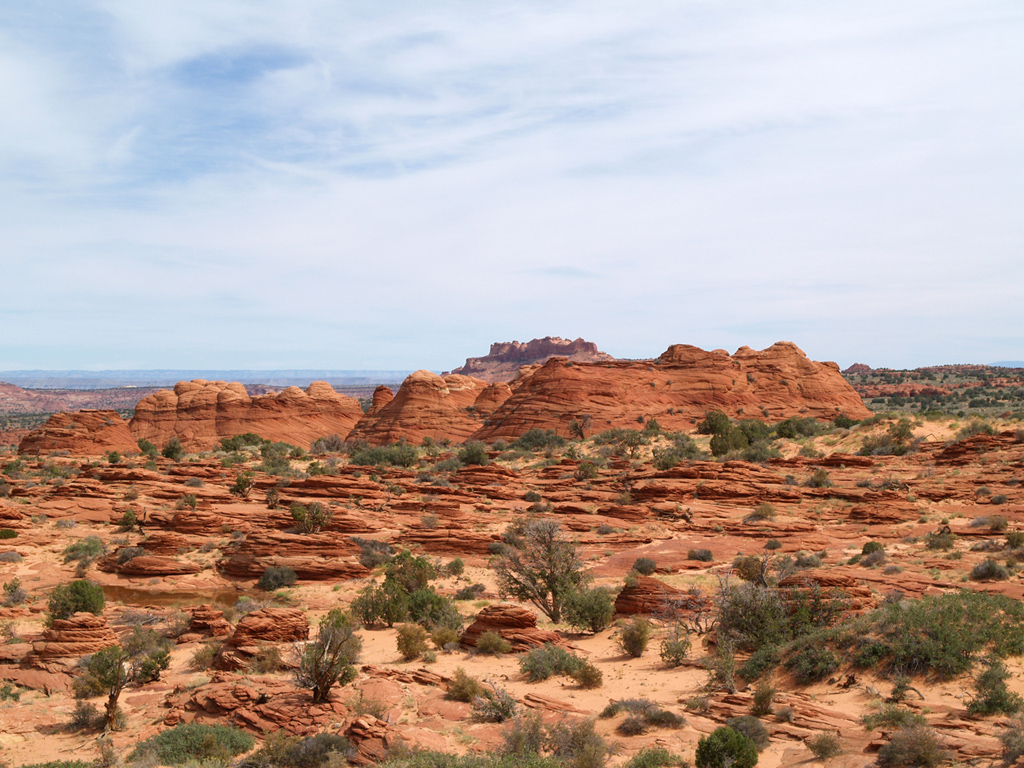 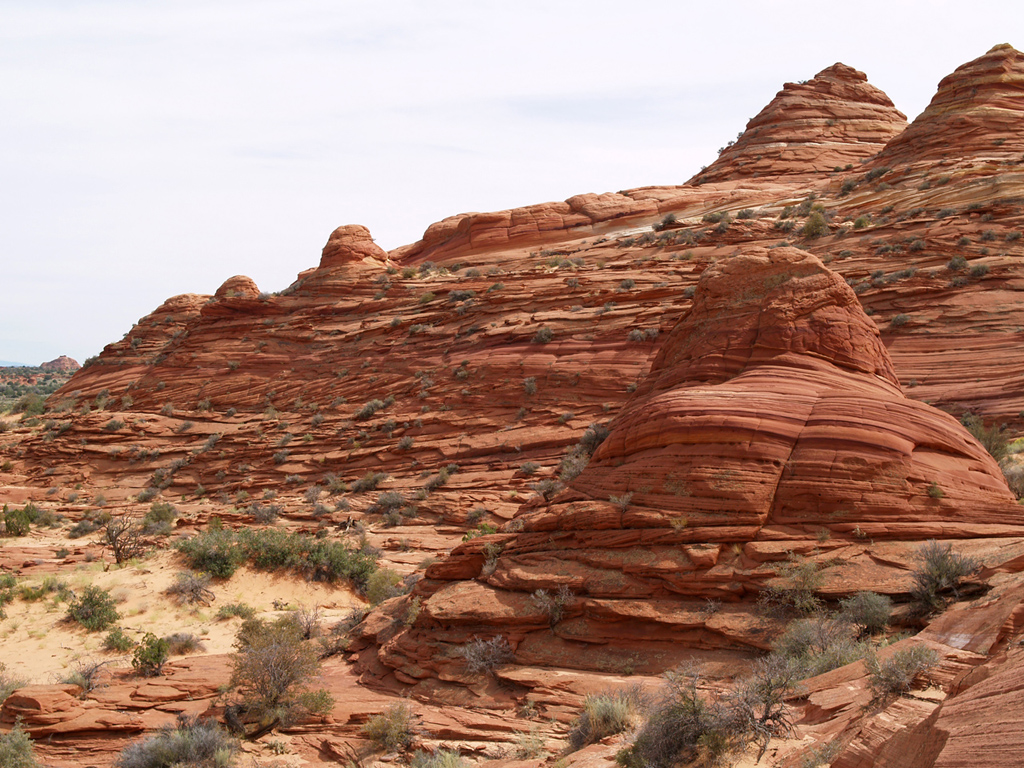 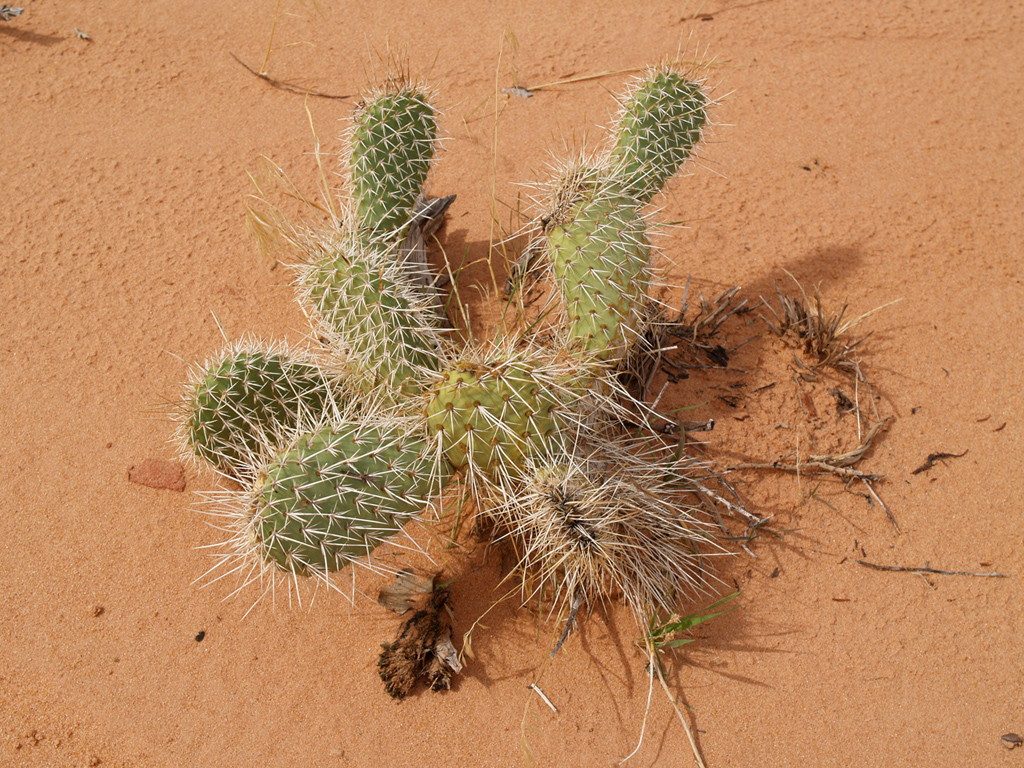 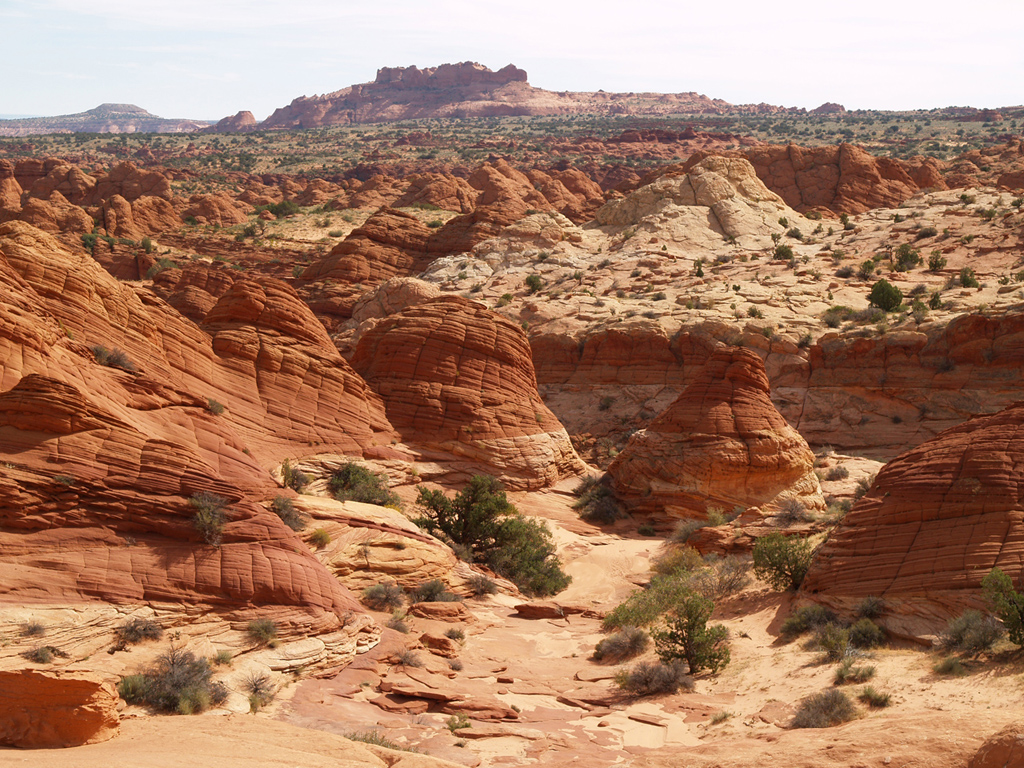 The entrance to The Wave: 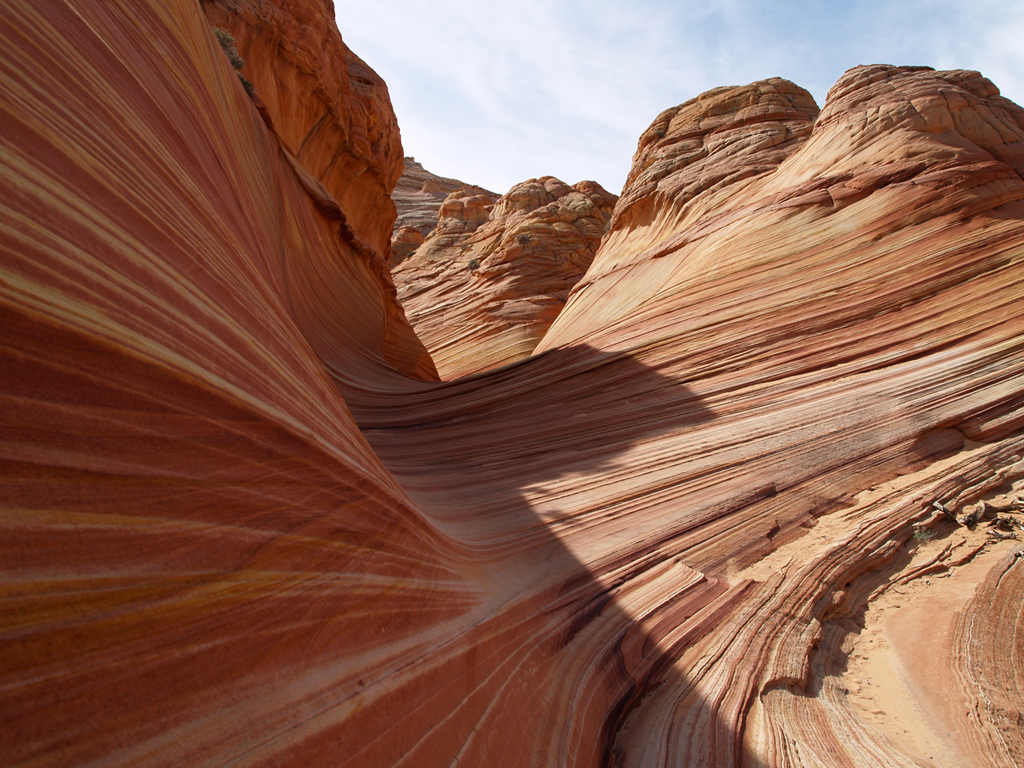 Looking back the way I had come: 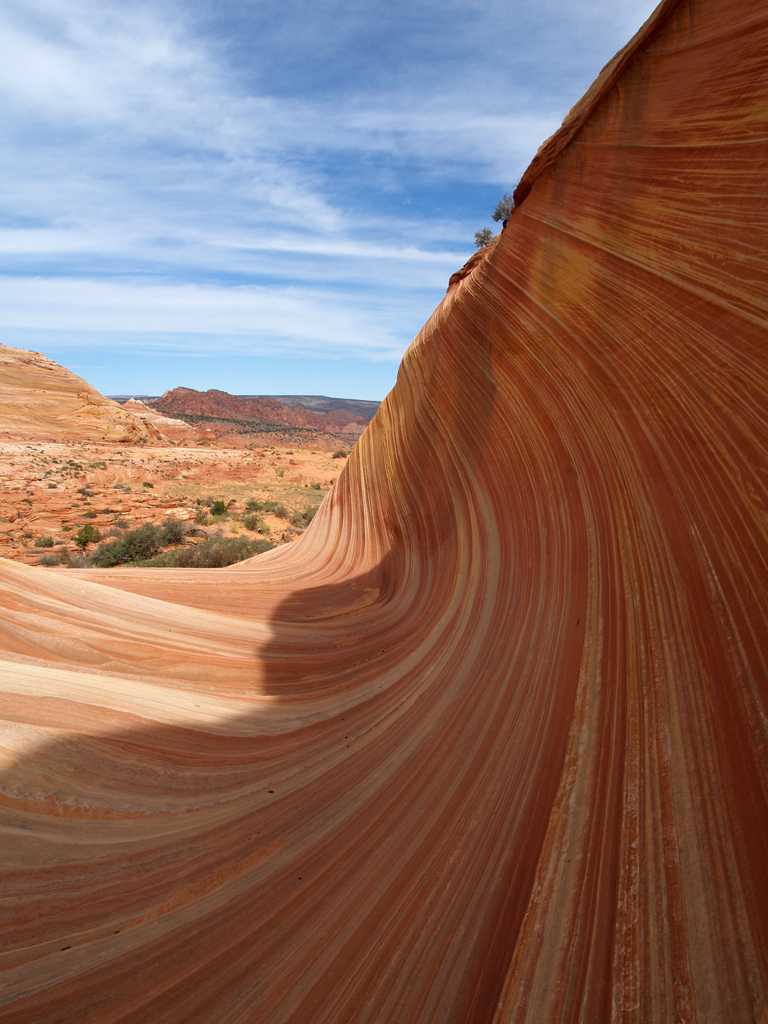 The main part of The Wave: 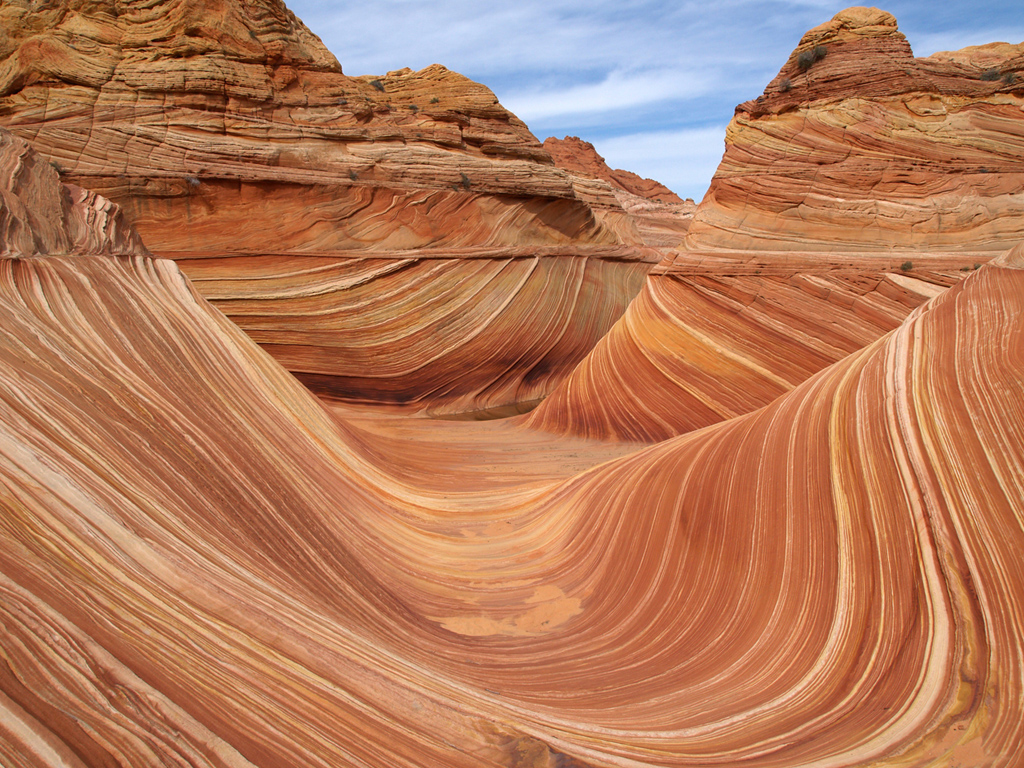 With people for a sense of scale: 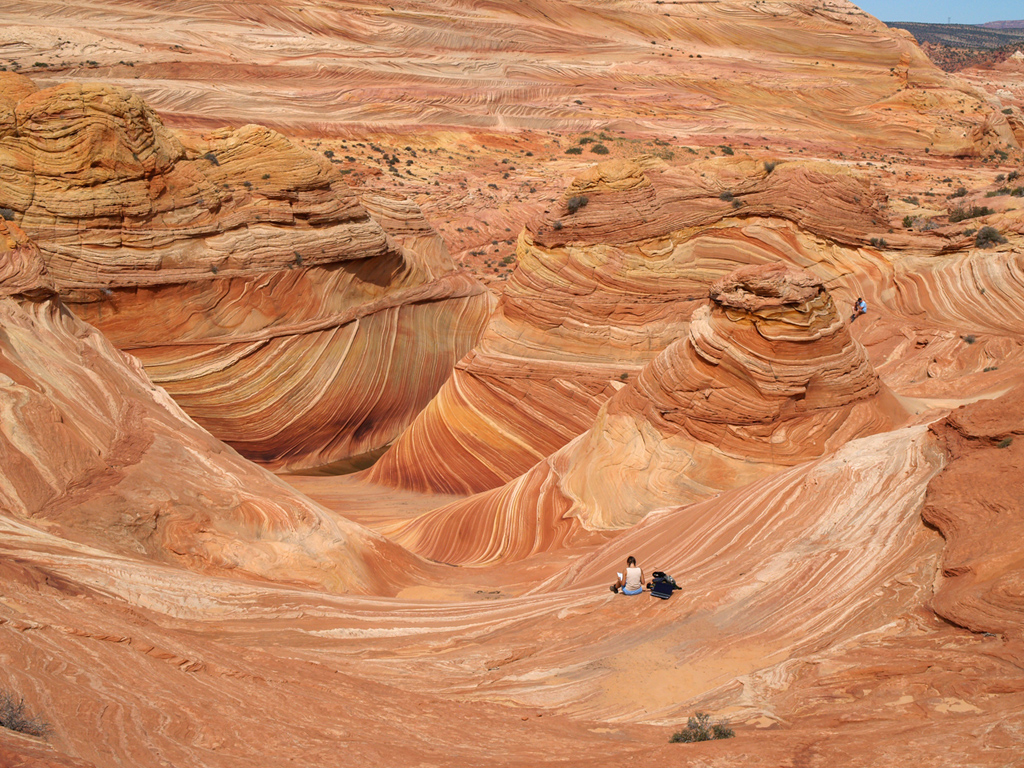 In & around The Wave: 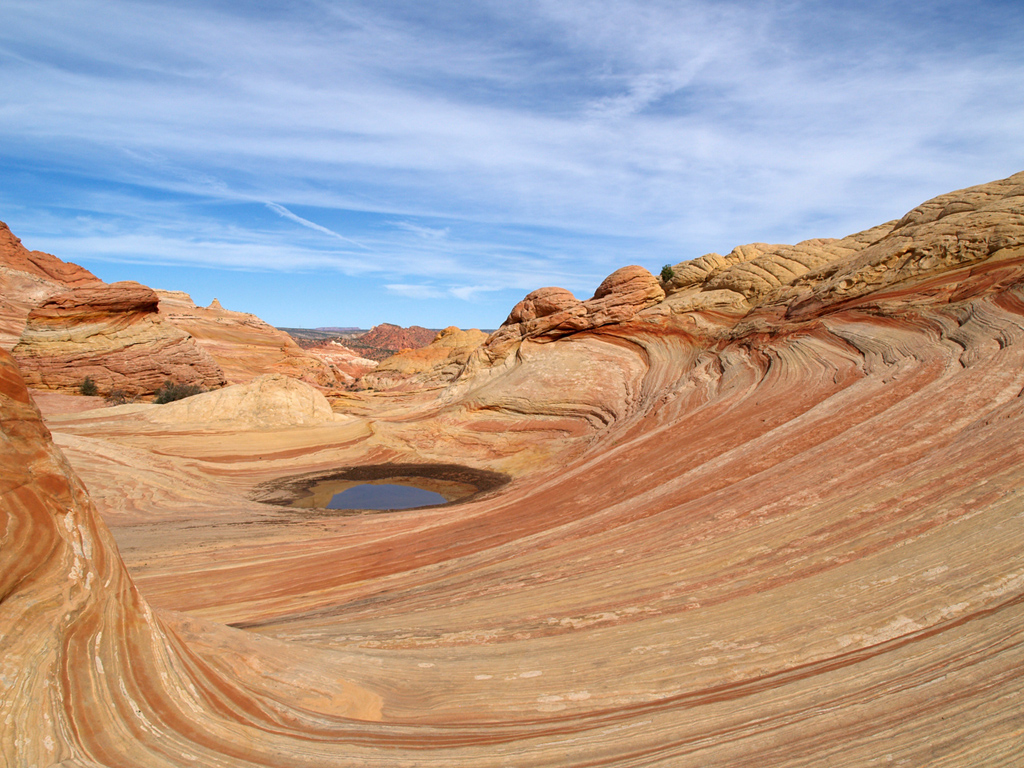 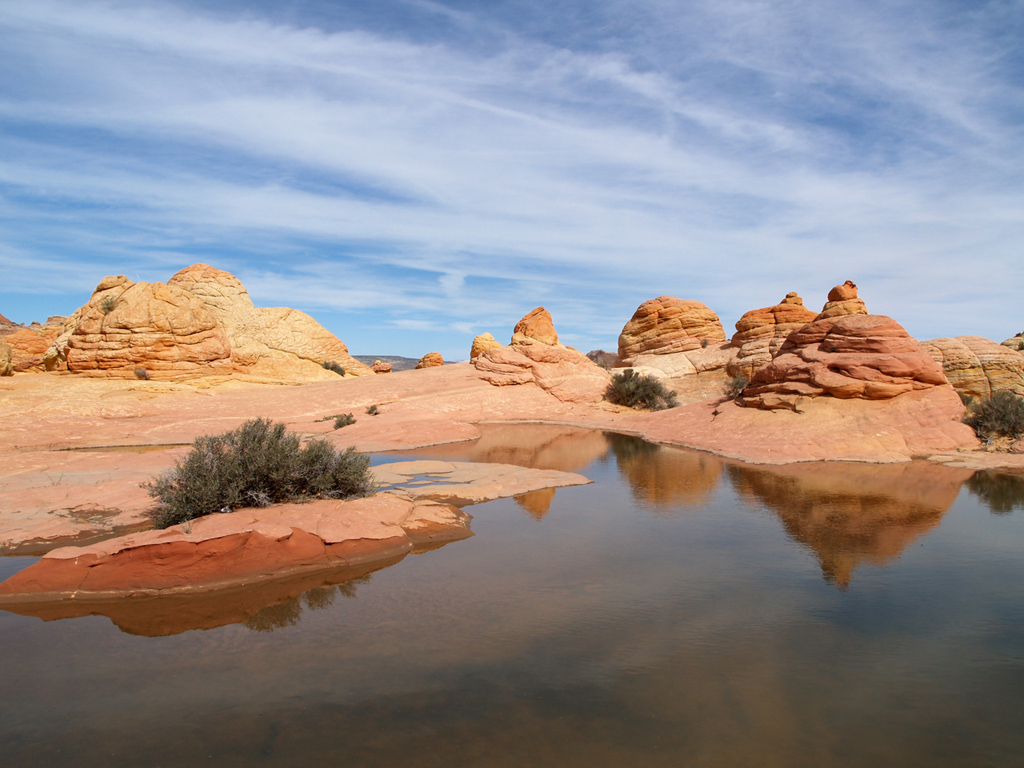 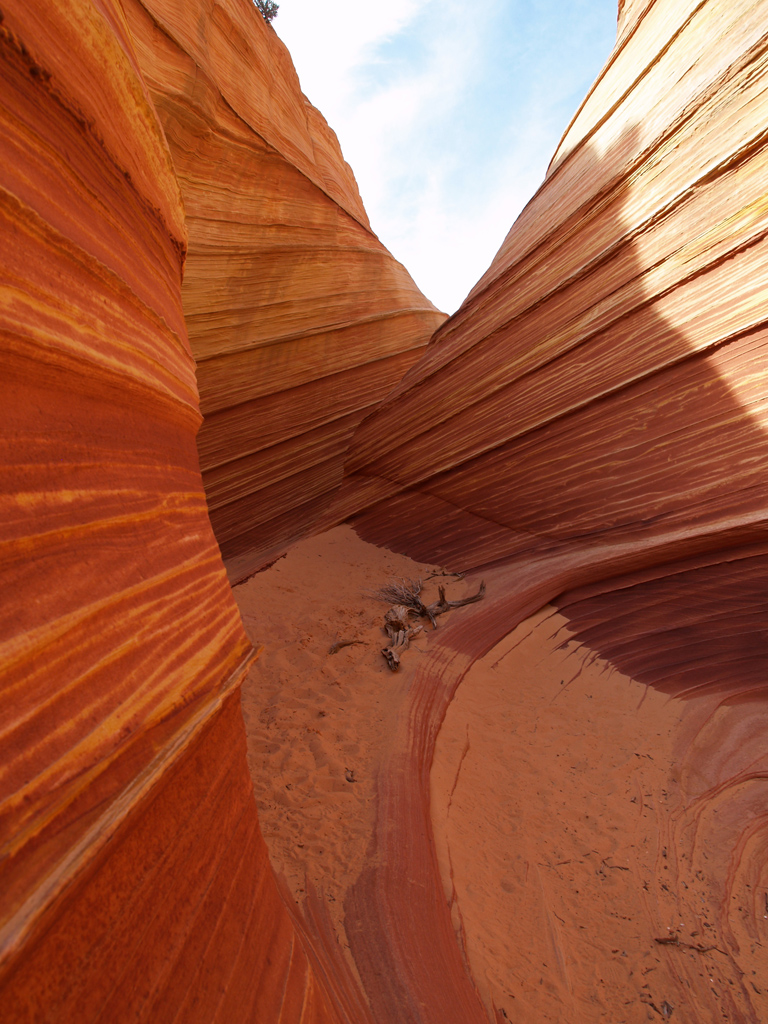 On the way back & just outside the entrance to The Wave: 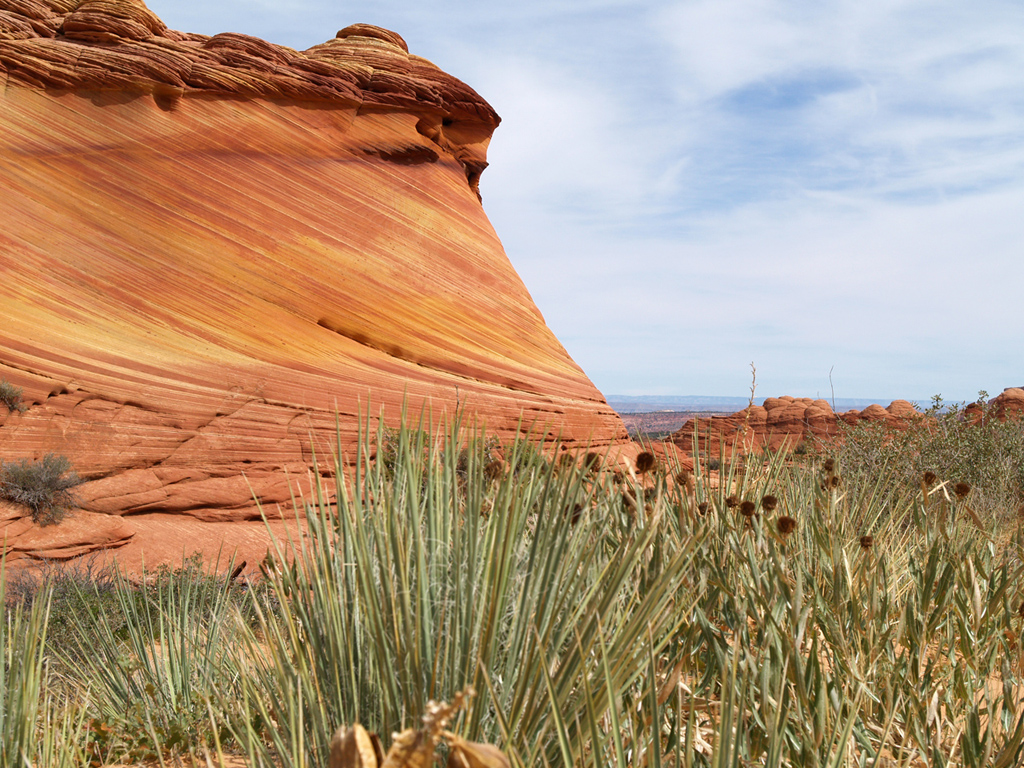 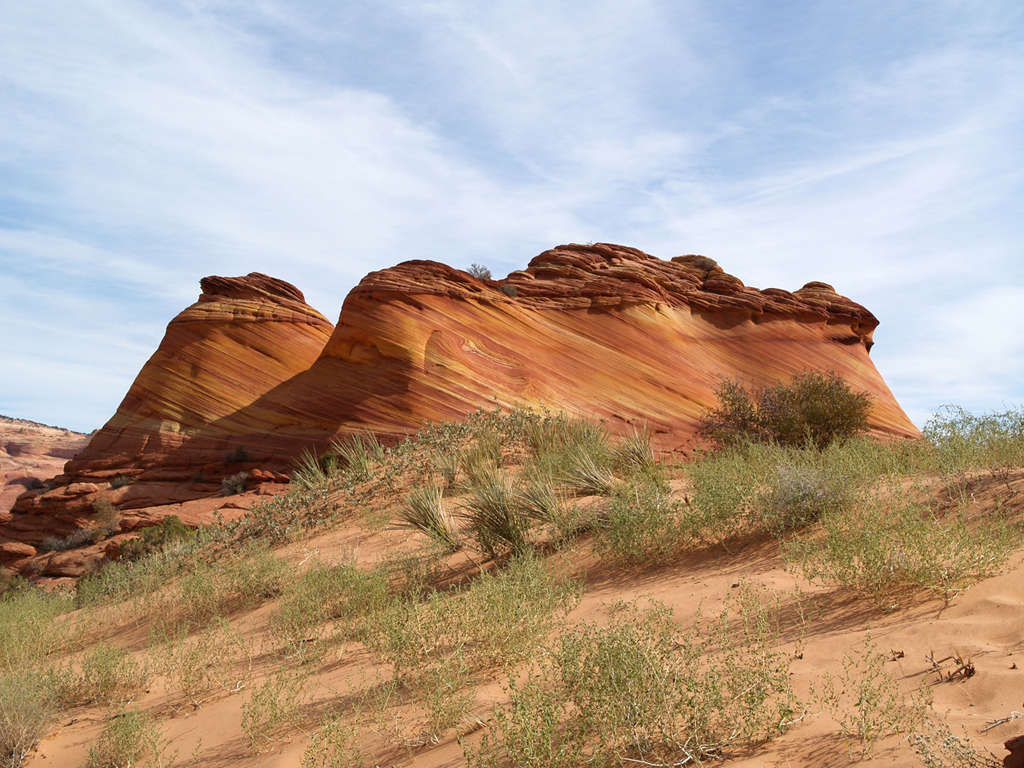 Driving out, just a couple of miles down the road, is when I had my shock problem. I had intended on driving almost straight up to Bryce Canyon on a great & scenic dirt road, but had to instead hit the pavement and drive to Bryce (added many extra miles to the trip). I made it to Bryce in the evening, got the tent set up and ate a quick bite as the sun went down: 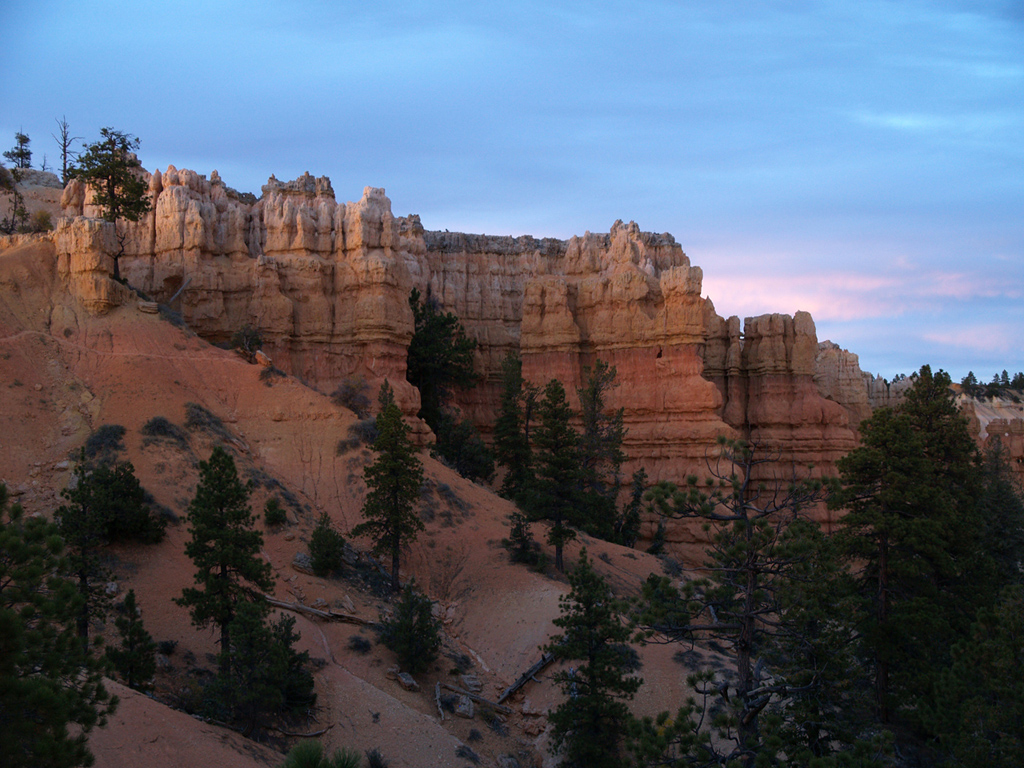 Woke up the next morning intending to spend the day hiking amongst the hoodoos, but I must have bashed my ankle on The Wave hike because I really had some pain going on. Instead, I drove to the end of the park & back, stopping at every viewpoint. Here are a couple from that: 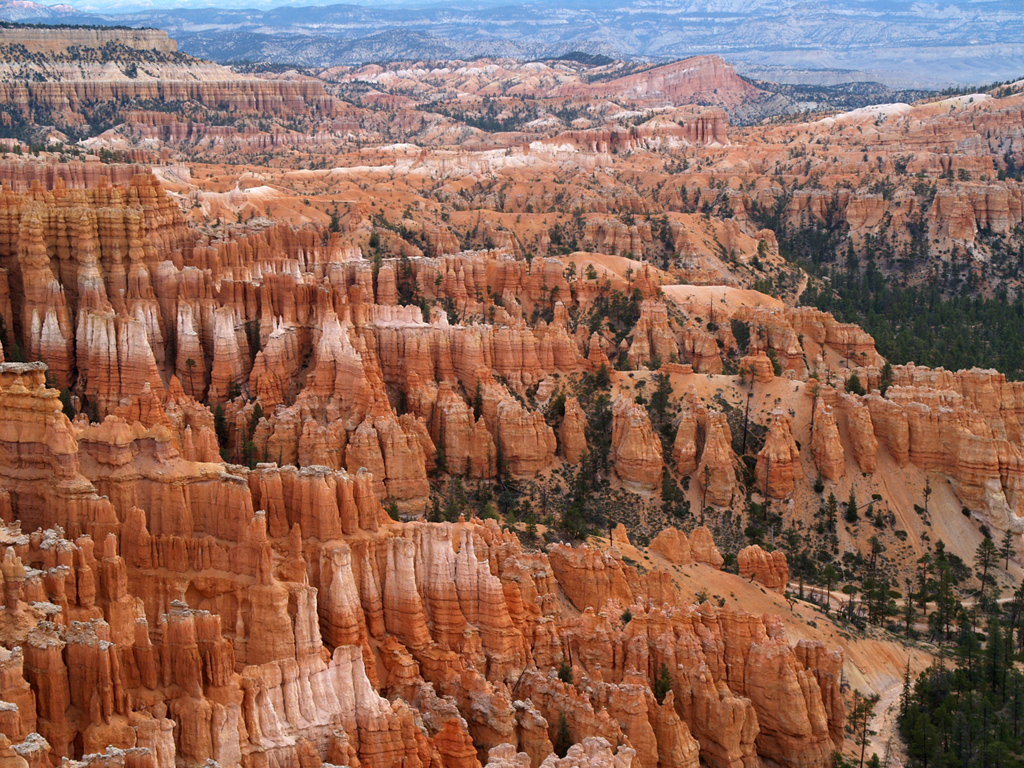 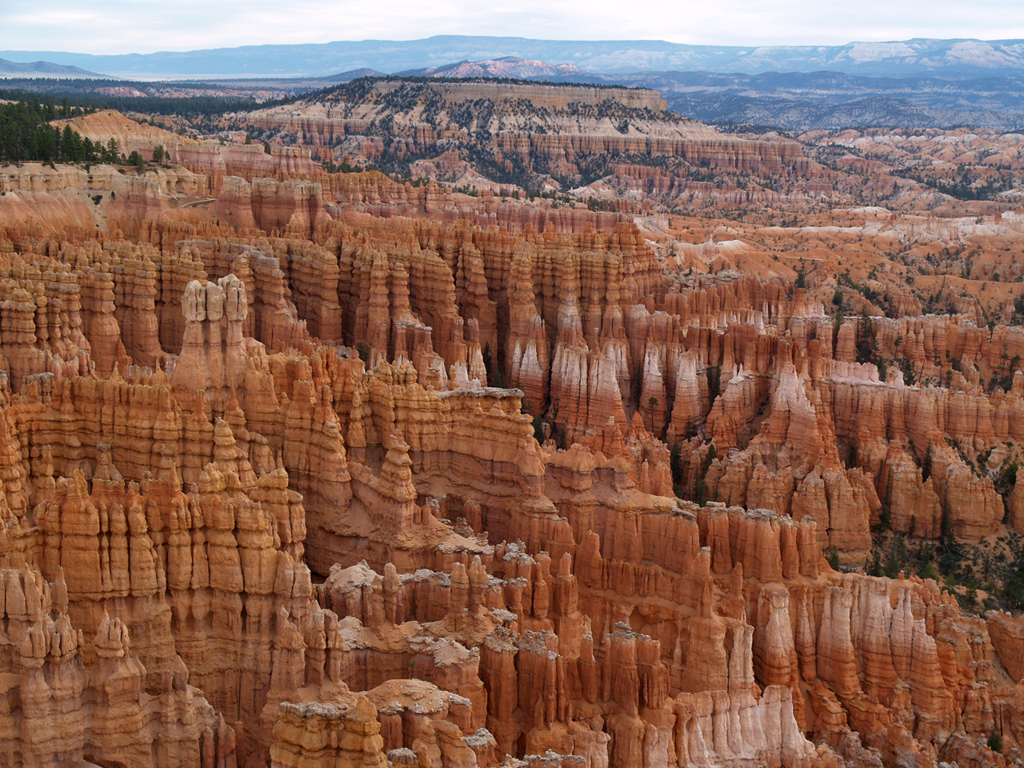 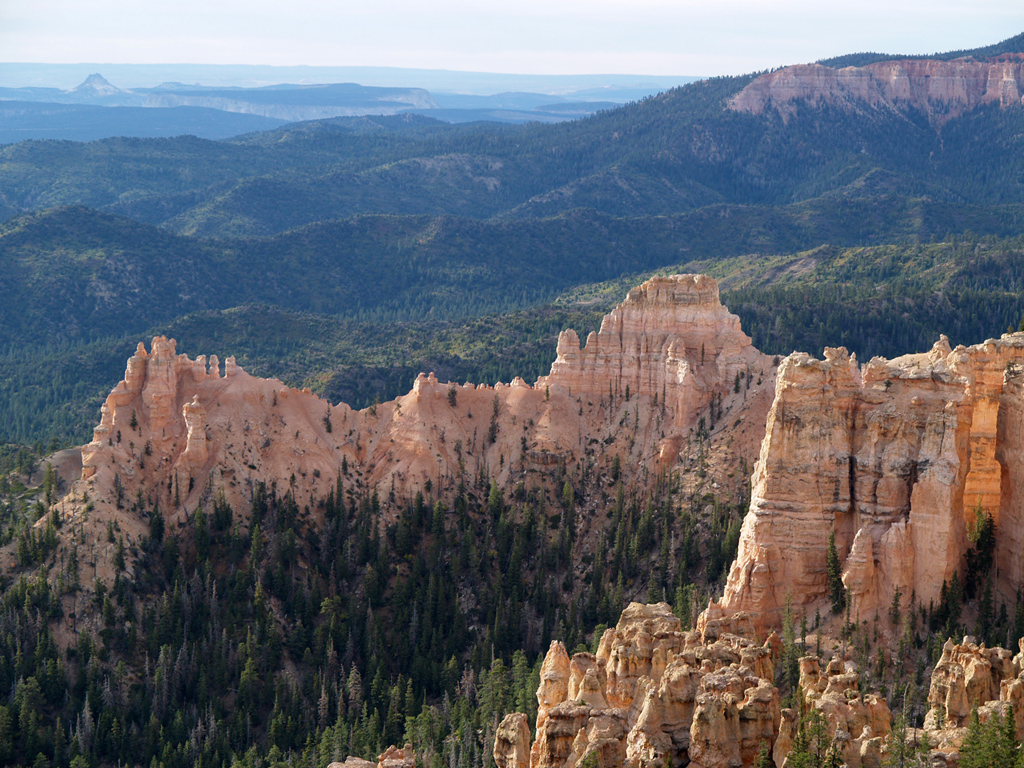 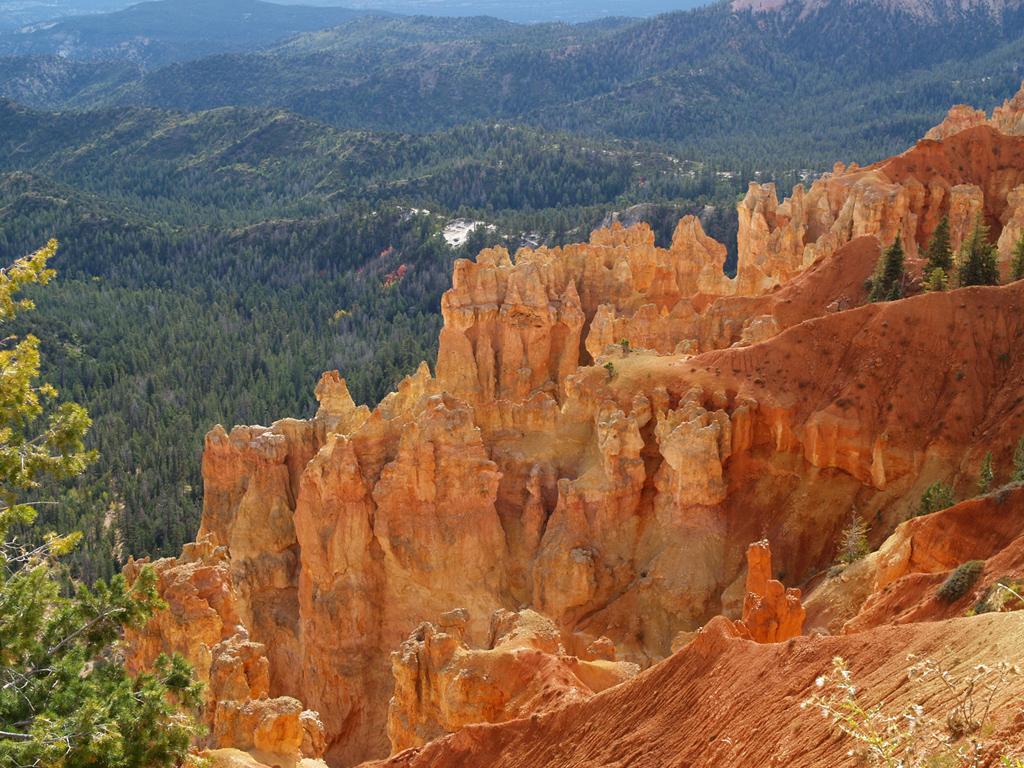 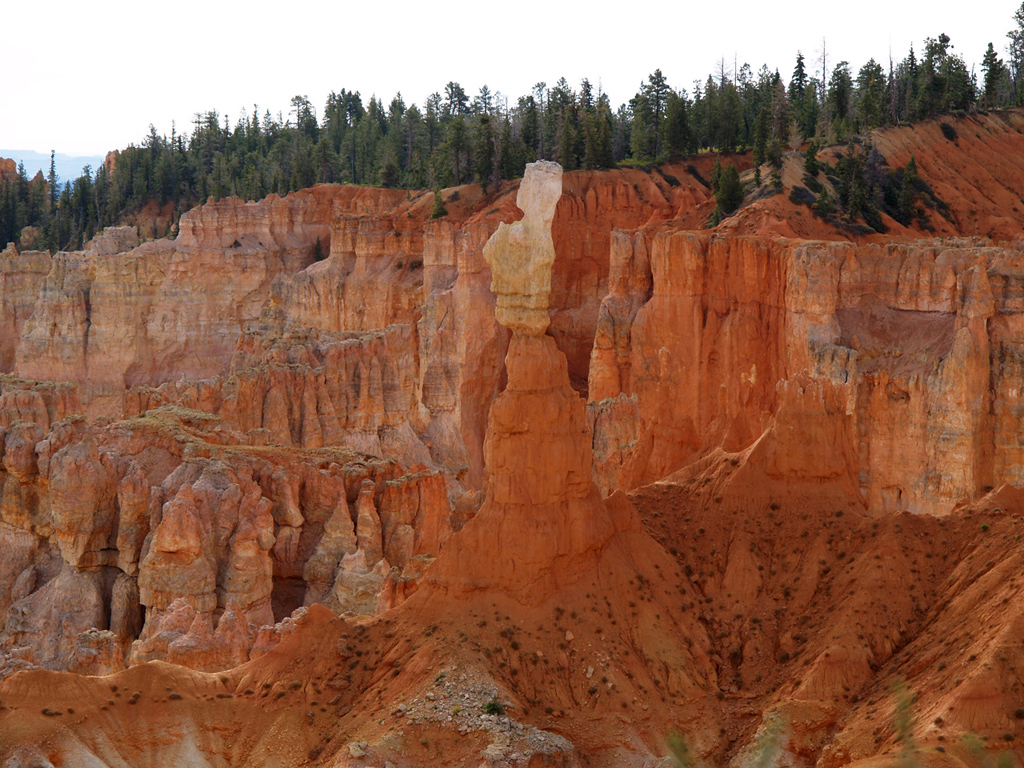 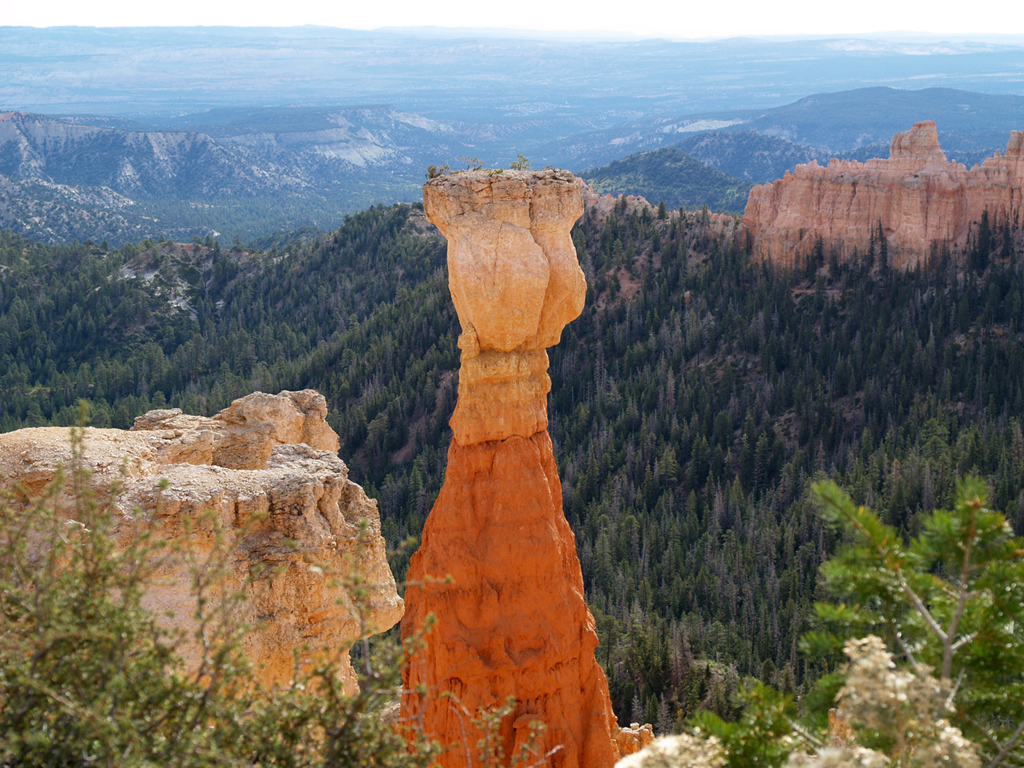 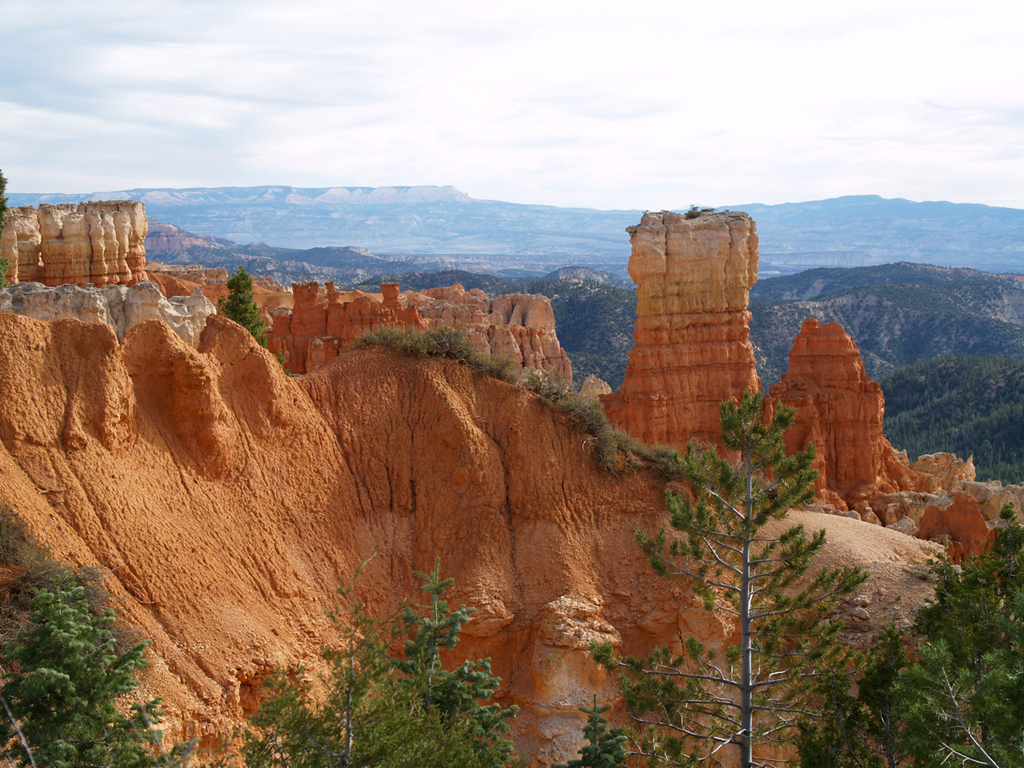 One of the towns I have to pass through always has this Twilight Zone/Texas Chainsaw Massacre feel to it. I don't even think the name of the town is posted anywhere, but it can't have more than 200 residents. At the north end of town is a massive wrecking yard full of really old cars. The freaky part is that Sheriff Bubba is sitting in his jacked up '78 Blazer on the side of the road, whereas his deputy is sitting in the same vehicle at the other end of town. We're only talking about 3 blocks apart, same side of the street & facing each other. I feel really sorry for the poor bastard who speeds through that town.
Last edited by NVSteve on Tue Oct 02, 2007 12:05 pm, edited 1 time in total.

pretty wicked. I'm hoping to get back west next spring and do some exploring.
Top

very nice pictures ! I need to take a drive there.
Top

Those pics are awesome. No chance of me getting out there anytime soon. I'll just have to live thru your photos. Sorry about the shock trouble.
Top

how far is The Gem from Bryce Canyon ?

Maybe around 125 miles. I don't have any maps here with mileage. No matter what, it's pretty close.
Top

I think they have a daily limit on the number of hits and/or bandwidth. I also posted a few of these at dpreview.com, which you should be familiar with knowing how much you enjoy photography.
Top

Actually, I found out my account has been suspended because of bandwidth use. I'll have to see if I can find another one without restrictions (cheap), or just pay for the server space.
Top

you can use tinypic.com or photobucket.com
Top

I settled for Flickr. I had the specs for each one side by side, and Flickr edged out photobucket, especially when I sign up for the premium service. Anything is better than I had.
Top

thanks for sharing. very very nice and beautiful. I need to get out more and travel!!!
Top

You guys kill me with these pics

. I love to hike and here in Iowa there's only so much you can do....
Oh well...Keep em coming. They're wonderful photos!
Top