Hello and thank you

Hello and thank you

I just bought my second Pathy, third Nissan (my first bring a 1989 NX2000 when I was 18). I had a 2016 SV until December 6, 2019 when I was rear ended by a truck. On the bright side, insurance bought me a 2012 Pathfinder S, and paid off my credit cards ðŸ‘.
I haven't figured out the physics (it's bigger on the outside but smaller on the inside?), but so far we love or R51! I'm looking forward to pulling our Bigfoot trailer with the increased towing capacity, we could pull it with the R52, but you knew it was there.

Online forums having been saving my broke-ass since I bought a bike in 2009 and joined HondaShadow.net, so thanks in advance ðŸ˜ƒ

And thanks to Terry for showing me how to post pictures, now I just gotta figure out how to make them a little smaller... 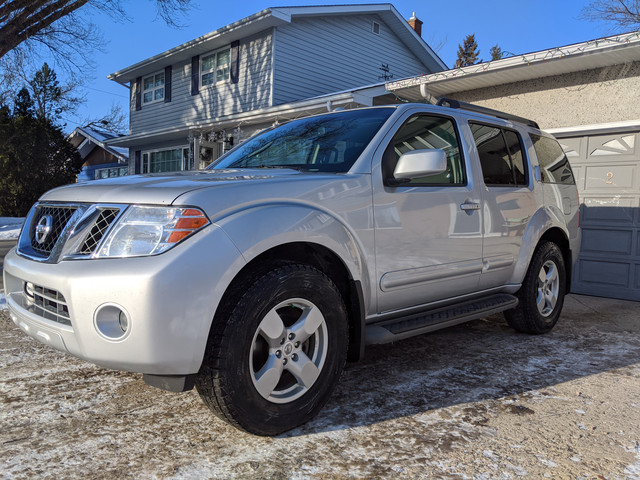 The "bigger on the outside and smaller on the inside" is likely due to that of the R51 having a body-on-frame chassis and a rear wheel based drivetrain compared to the R52's unibody chassis and tranverse (or, front wheel drive based) engine and transmission. The R51 is more of a truck whereas the later R52 is more of a crossover SUV. Each has their benefits and compromises.
Top

Welcome to your new ride!!!