2009 Death Valley get together

Man, I'm having a difficult time trying to schedule my trip out there. My wife's close uncle died this past Monday so they are scheduling the wake this Sunday. Trying to make it out for Saturday, but then I will have to leave Friday which doesn't look like I can . Ugh ... I'll let you know for sure by the end of today.

sux to hear man. sorry for your wife's loss.

do what you gotta do...if we see you, cool; if not, understandable - but we will require picks of your new suspension to hold us over till next trip

So how'd it go guys? Everybody make it home safe I hope?
Top

As soon as I get some time to breathe...
Top

RacerZX wrote:So how'd it go guys? Everybody make it home safe I hope?

it was good....too quick, though due to work conflicts. drove up by U crater then down to racetrack playa, then back up to teakettle jnct and over hunter mtn. i had to fly out on sunday, so we went back to LV after we hit panamint springs.

NVS might have hit more (in fact, i know he did the previous day)
Top

guinnessjim wrote:it was good....too quick, though due to work conflicts. drove up by U crater then down to racetrack playa, then back up to teakettle jnct and over hunter mtn. i had to fly out on sunday, so we went back to LV after we hit panamint springs.


That sums it up nicely. Yeah, we were a bit pressed for time, which meant few stops and few photos.

My drive to Death Valley was pretty bad. From SLC to just a few miles east of Tonopah, around 400 miles, I had snow. There was a couple inches of the stuff everywhere, and since the roads were still so warm from the day prior to the cold front coming through, there was a layer of fog 3-4' high on the surface of the highways. For whatever reason, every single bird in Nevada was sitting on the highways. I would see a flock of a few hundred little birds (always too late because of the fog), and just drive right through them. A couple hundred feet away, there would be another flock of a few hundred birds. This lasted for a good 200+ miles. I almost turned around after going through the first flock. I could hear a bunch of them slamming into my grill and hitting my undercarriage. Every time I drove through a flock, I would peek in my rearview and see the road littered with tiny bodies. The whole experience pretty much made me sick & I fully expected to see my grill peppered with little bird body parts when I next stopped. That wasn't the case, and I only found one dent, but I also haven't popped the hood to see what carnage is hidden away.

I saw this guy's Pathfinder in the parking lot at the Furnace Creek general store. Either he had a blowout and stuck the bad tire in the spare's spot, or he hit something with the spare off roading: 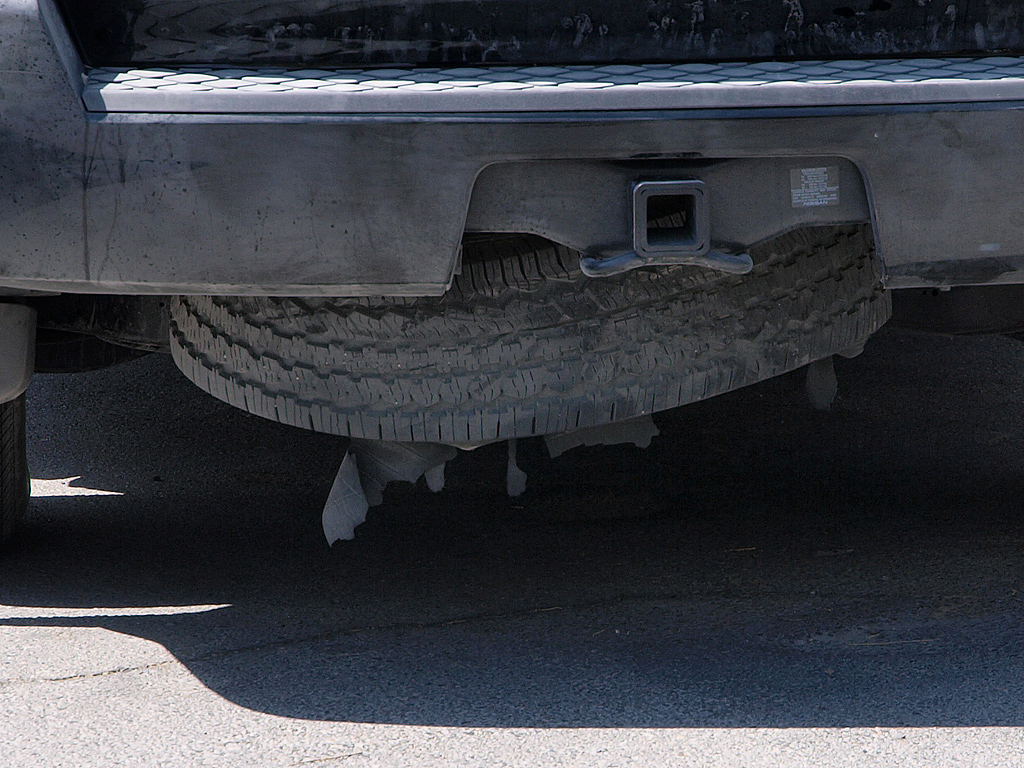 The day before I met up with Jim, I went out with 2 good friends and took the Echo Canyon road. This is an easy 2wd road up to the Inyo Mine: 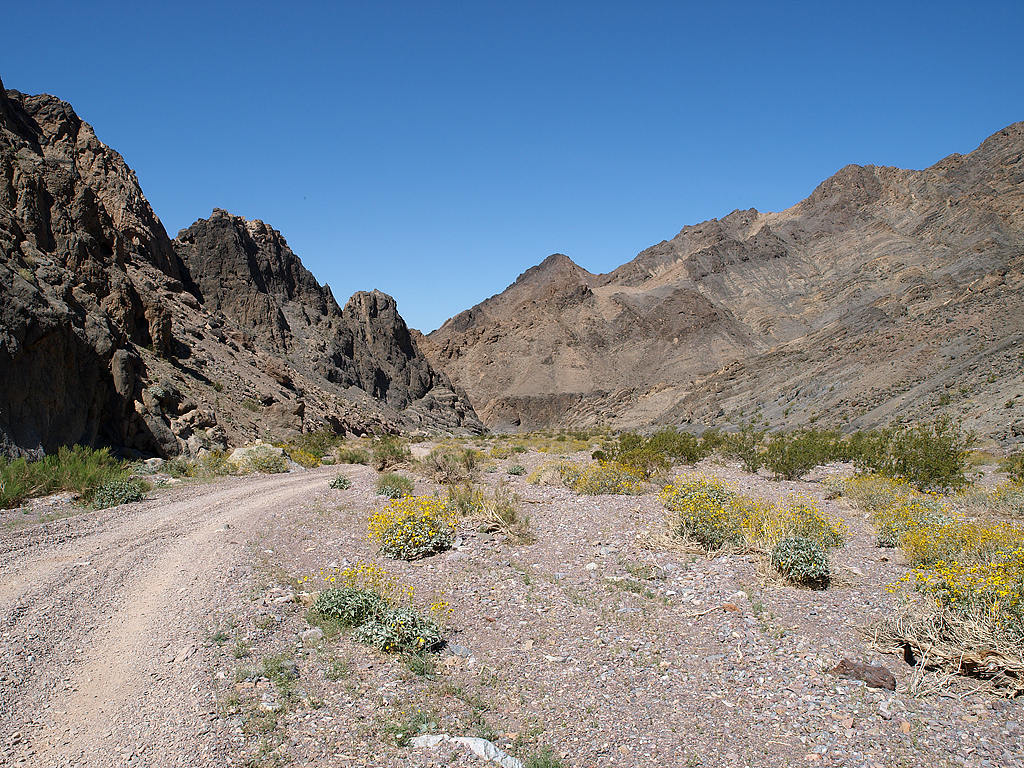 Only a handful of buildings are left: 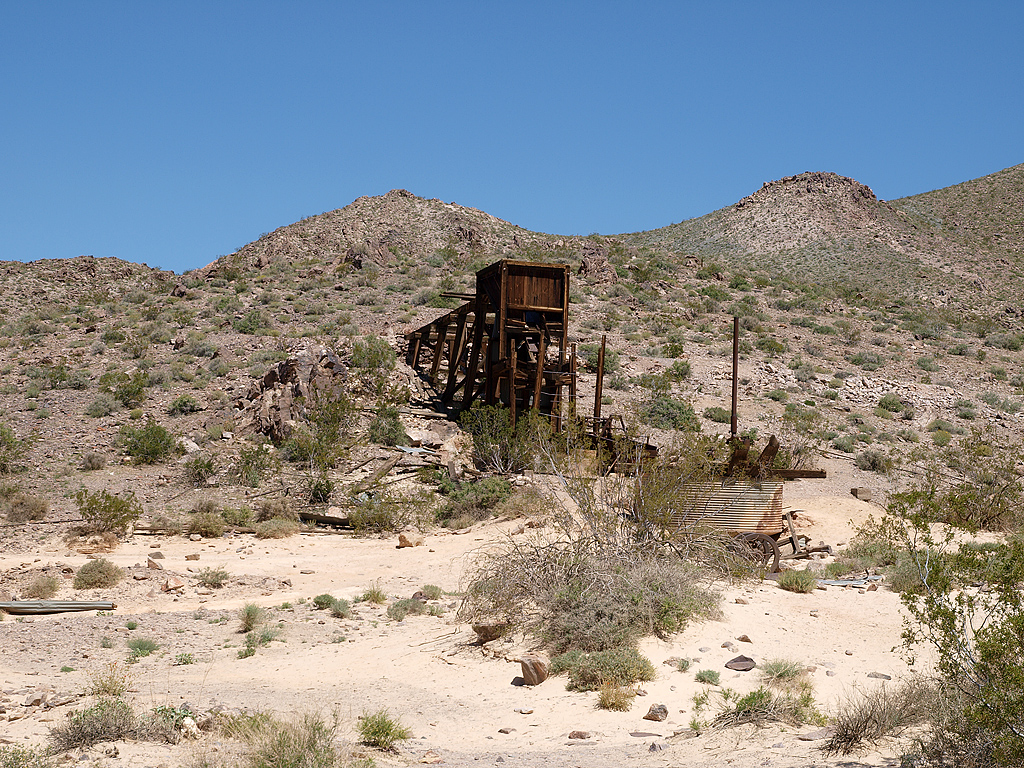 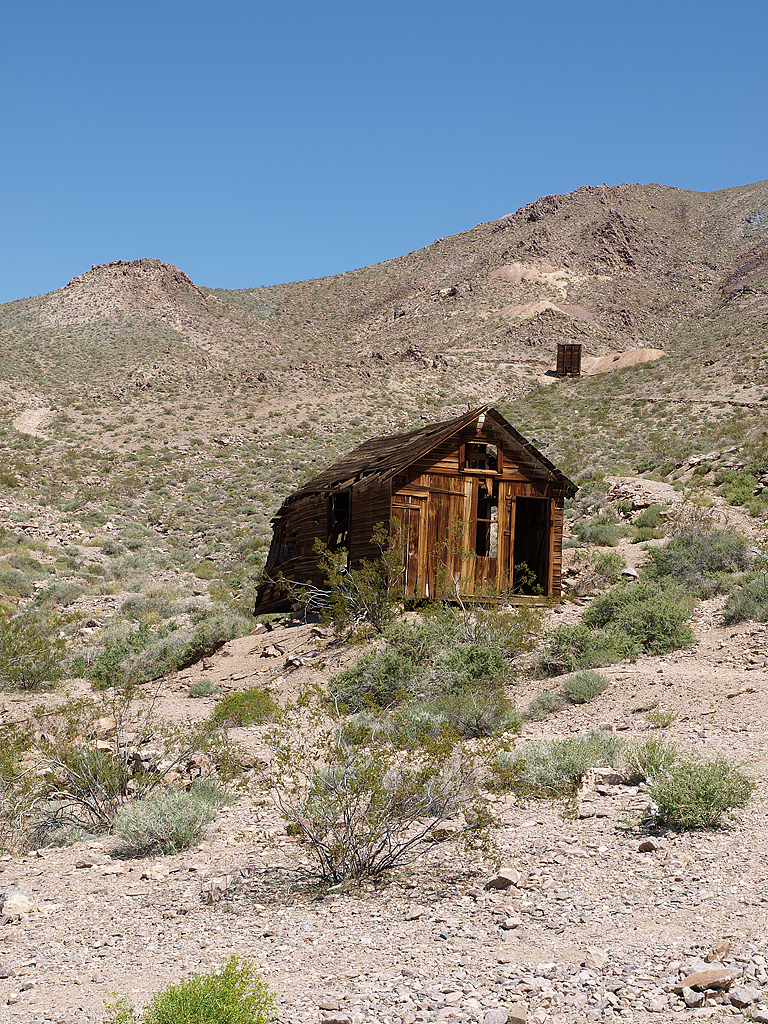 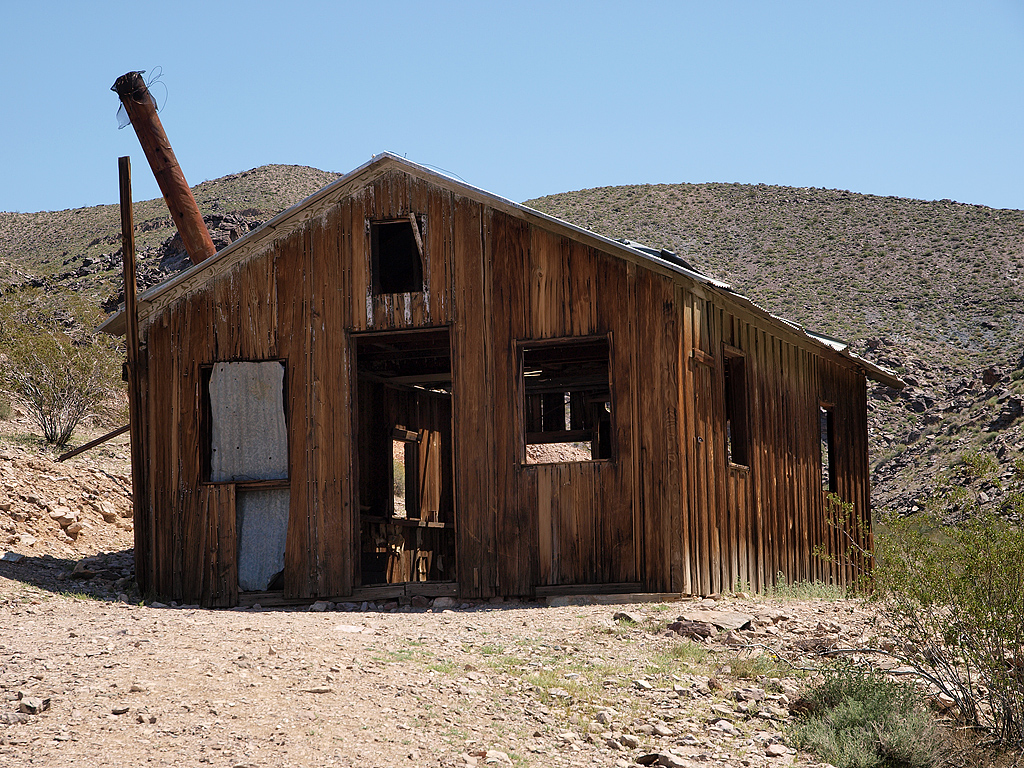 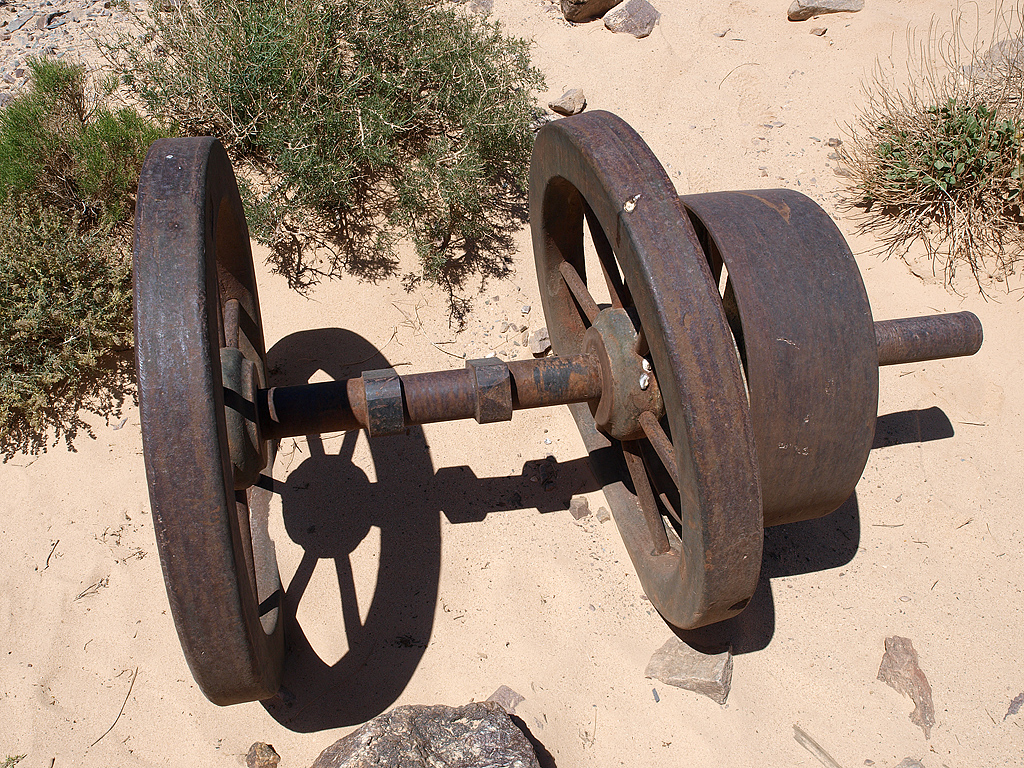 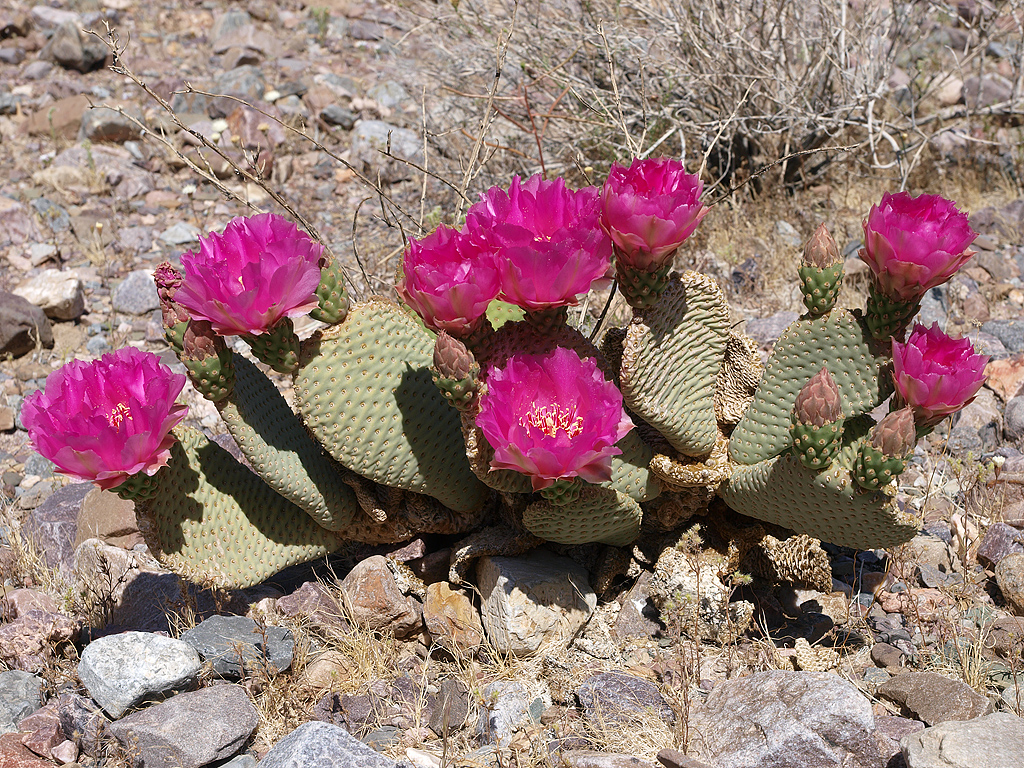 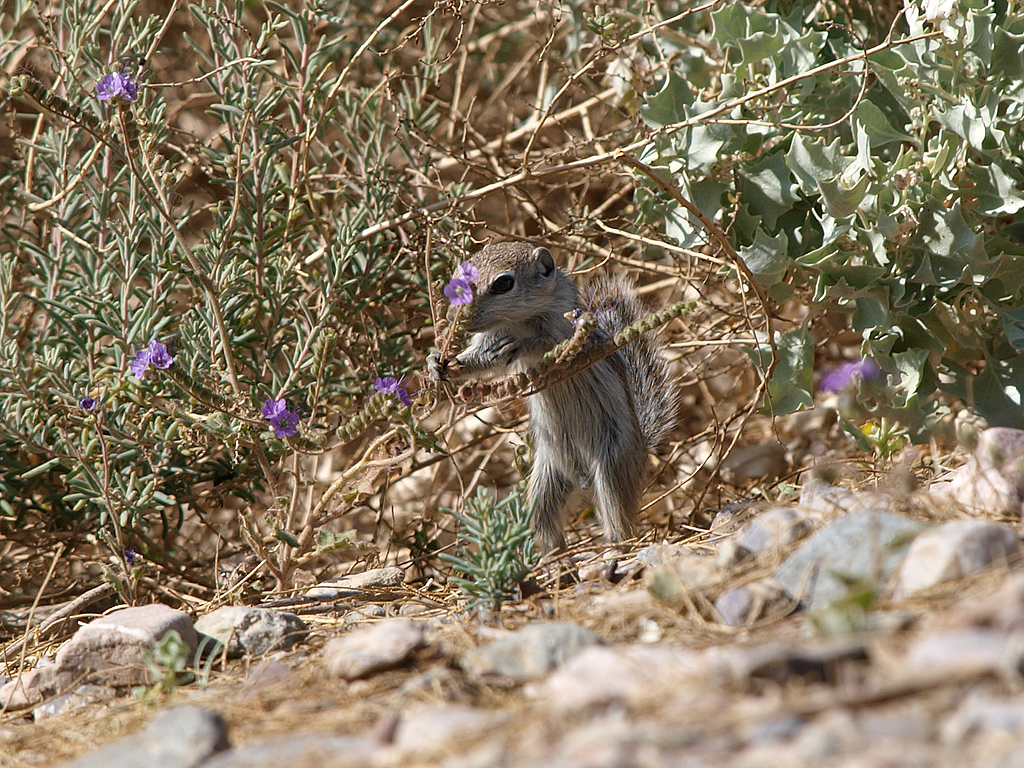 And this badass guy, who was a couple of feet long. Jim says it is probably some type of iguana. I took so many pictures of him, yet he never ran away. In fact, it was almost like he enjoyed posing for me. If I moved a little away, he would follow me like a dog. Even let me pet his tail: 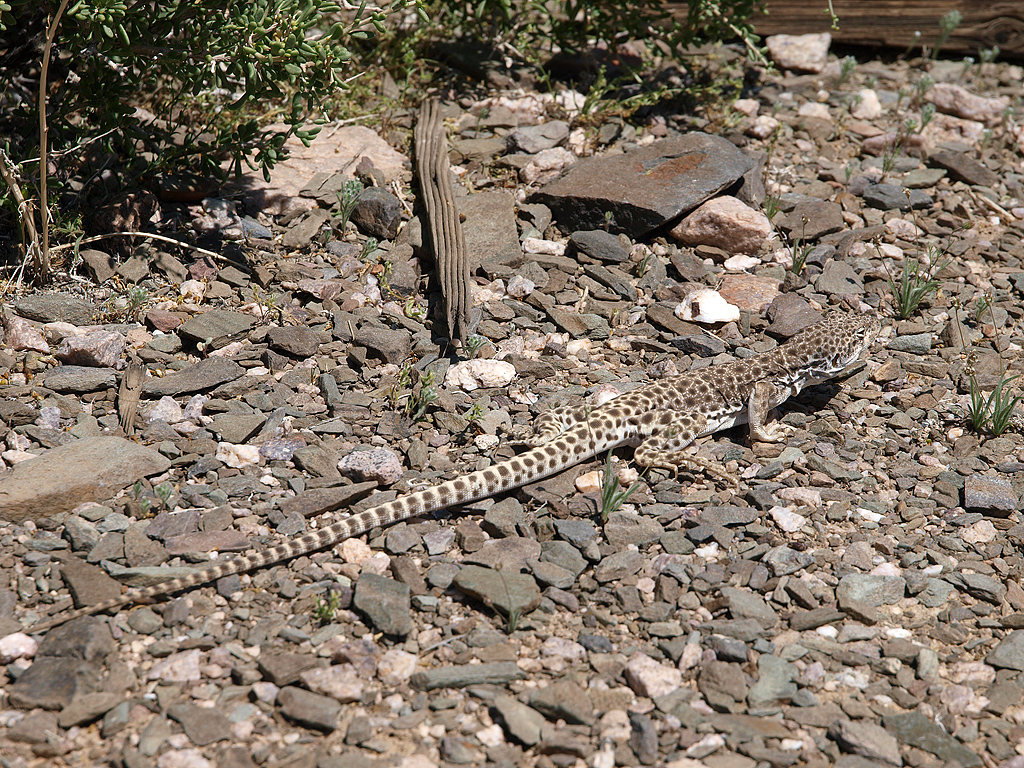 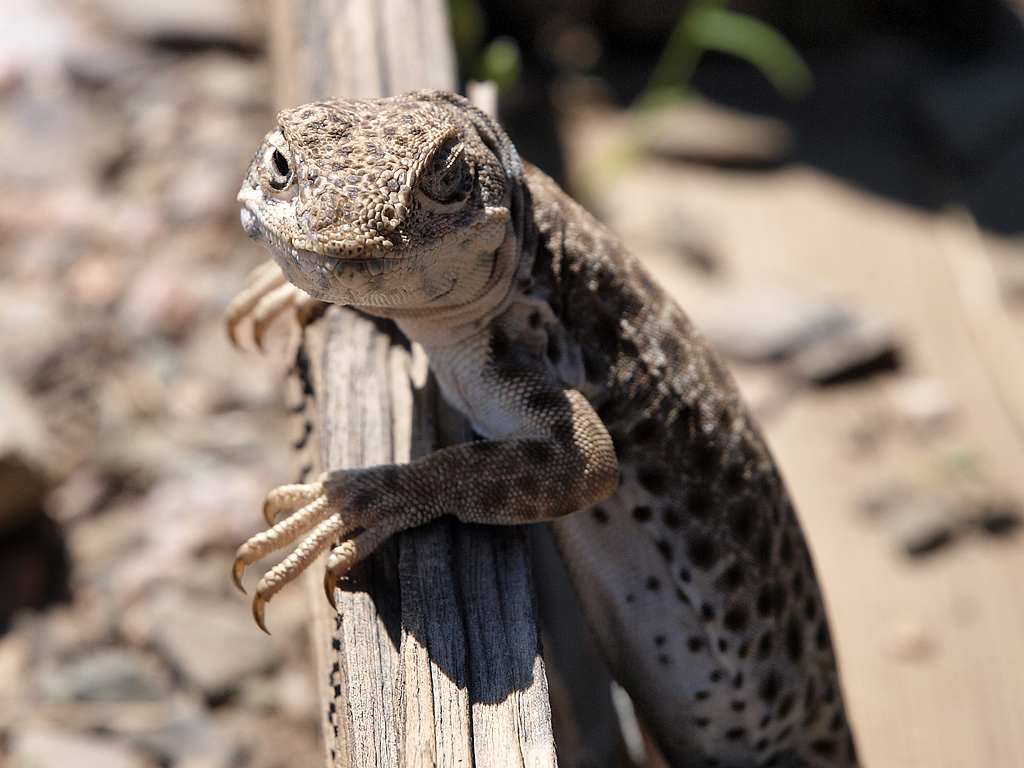 And my friends being stupid on top of a mine shaft: 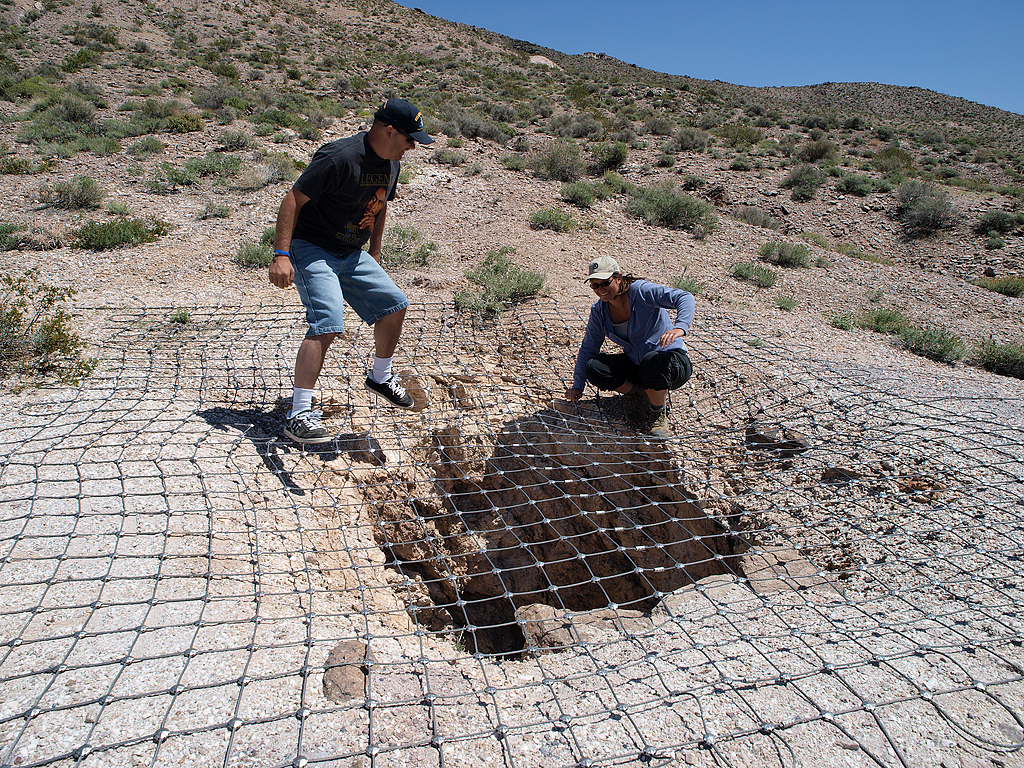 Once you leave the Inyo Mine, the road becomes a trail. It was fine up until a point, then one is faced with a nasty series of rock ledges. I could have made it up the first part, but not the 2nd-at least not without damage. Really need articulation, a lift & armor for this one: 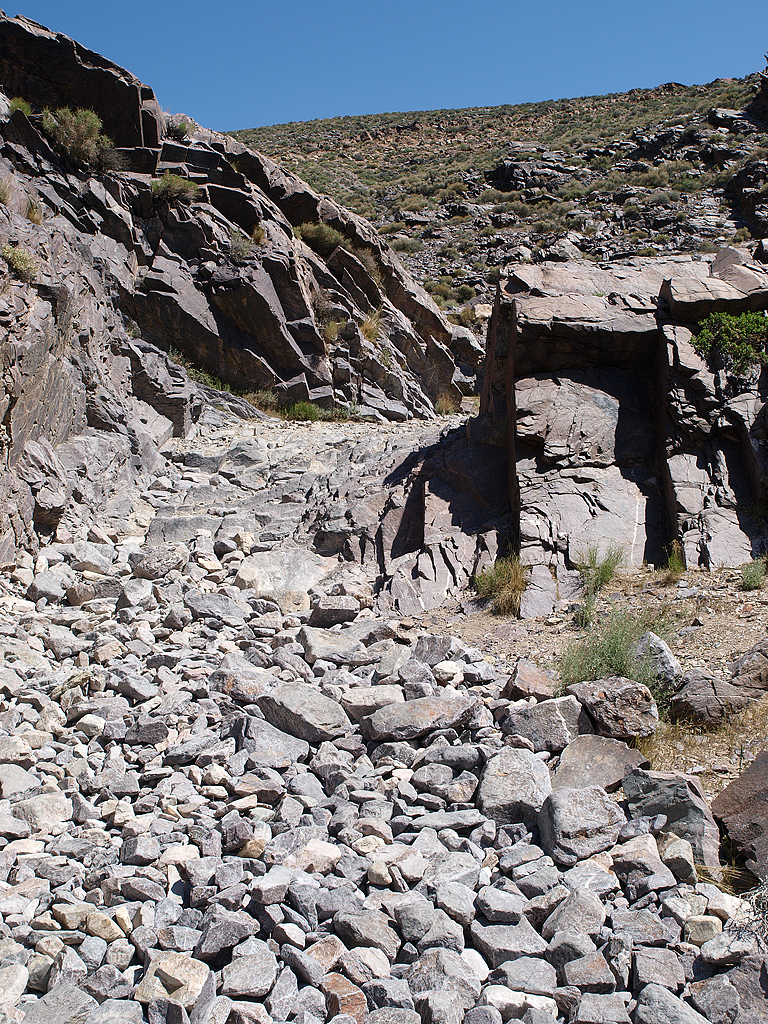 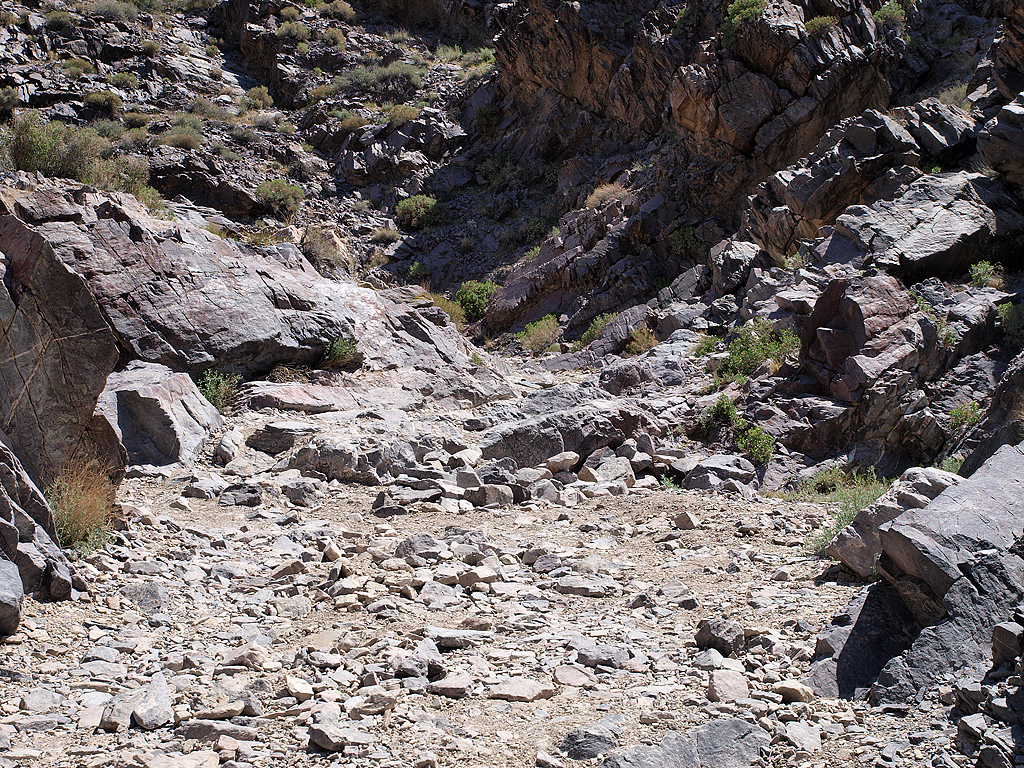 Here are a couple of photos to better show scale (not mine):

Saturday morning, we met up with Jim at the Visitor's Center. "We" being my vehicle with myself, my friend's daughter & one of my friends. There was a second vehicle, a Tundra, with my friend's father in law & my friend. Jim had his girlfriend and 2 dogs. We drove up to Ubehebe Crater and stopped for a few minutes: 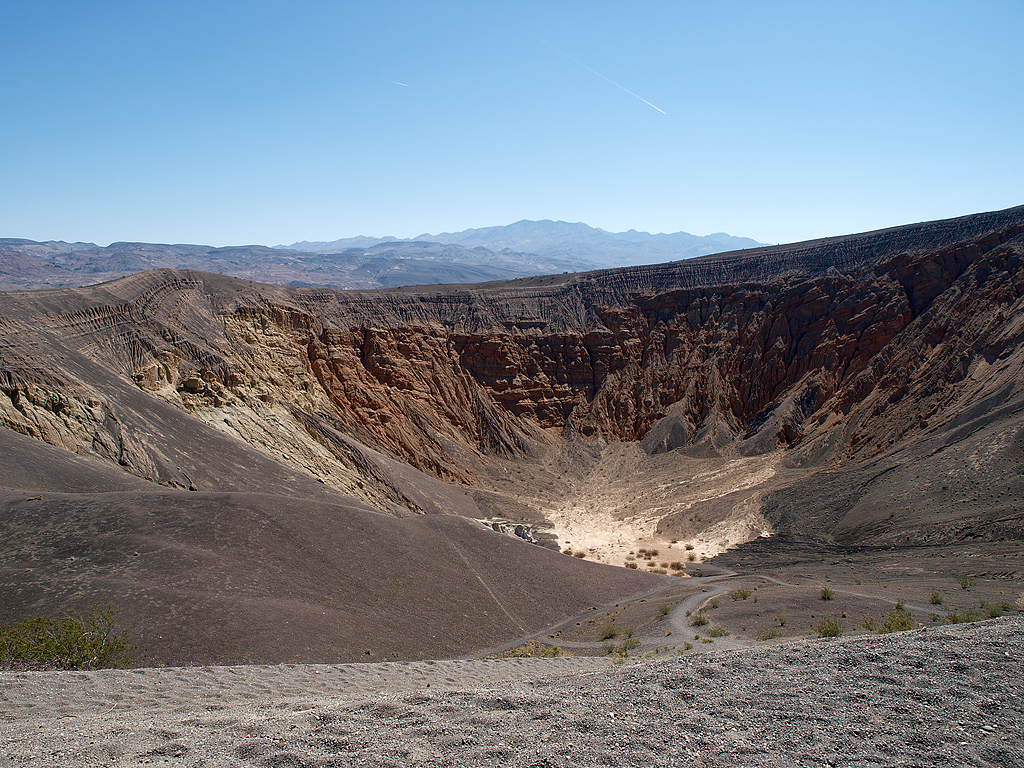 Aired down the tires and drove down the super crappy washboard road to the Racetrack: 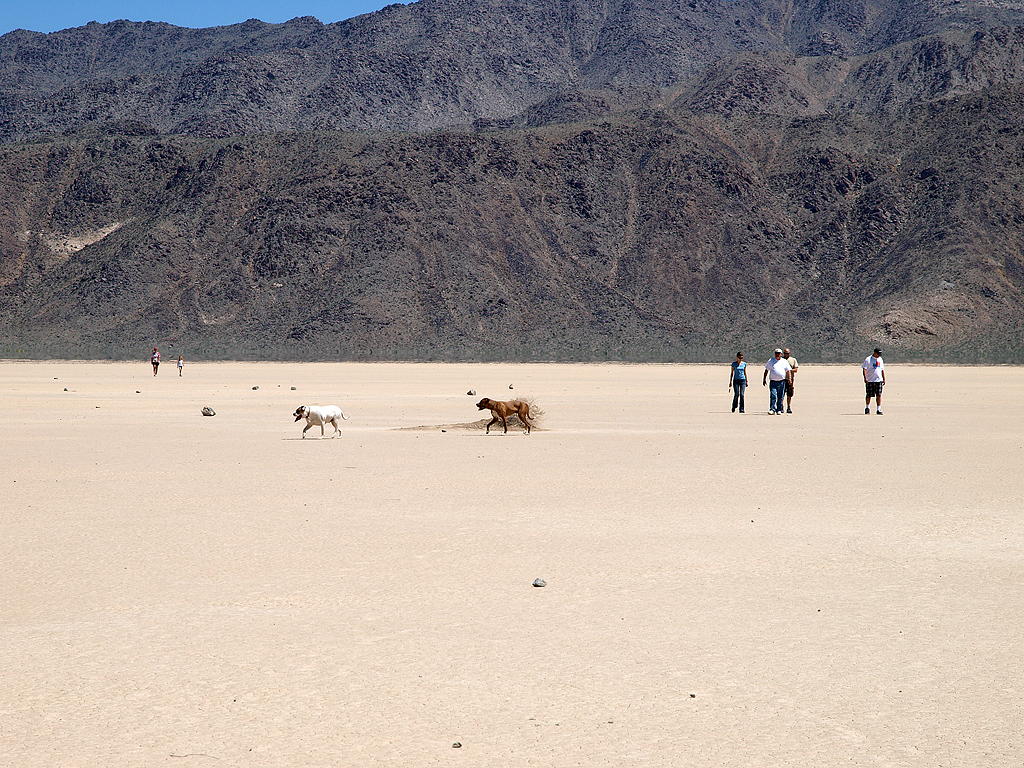 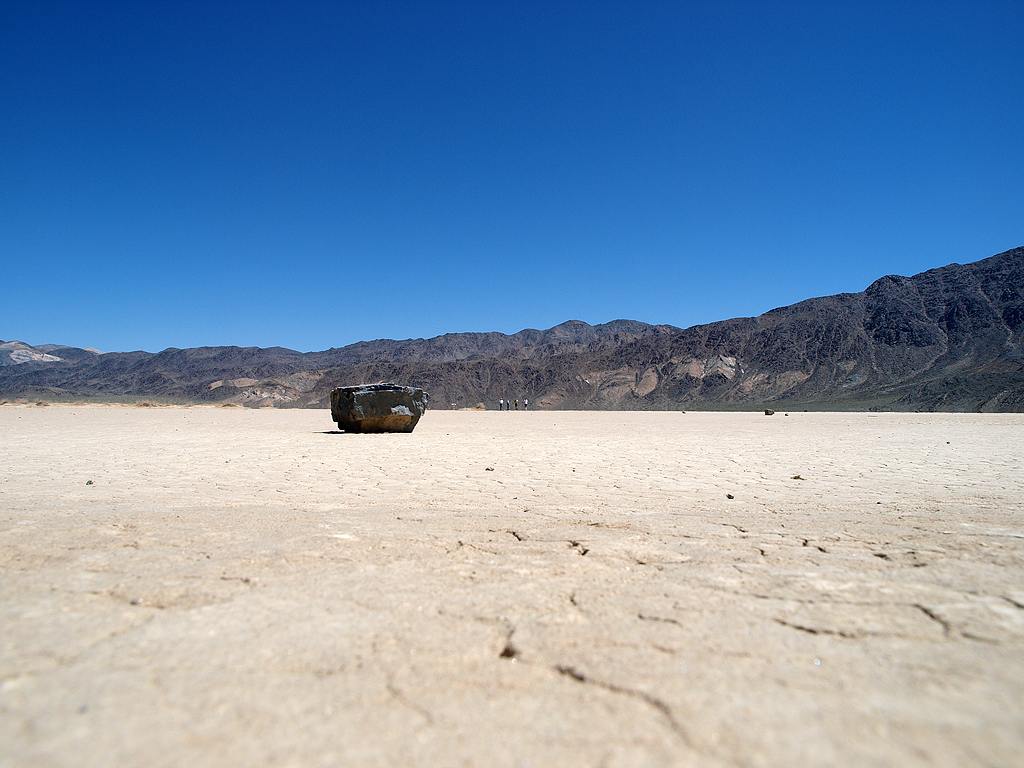 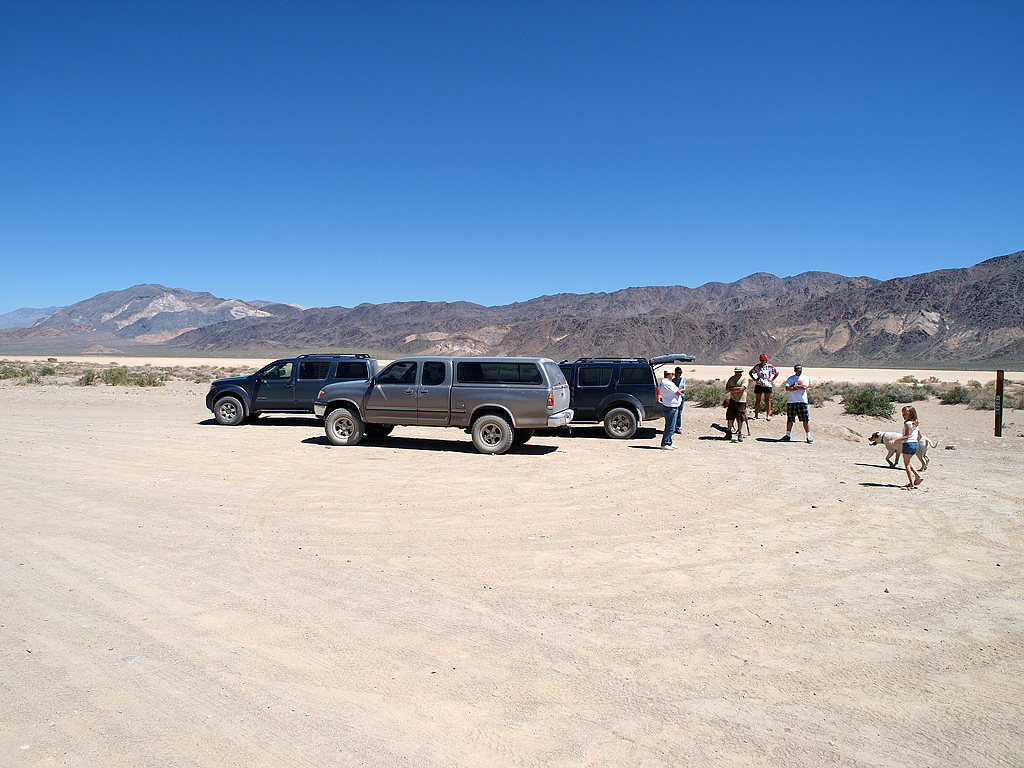 Then we turned around and drove back to Teakettle Junction: 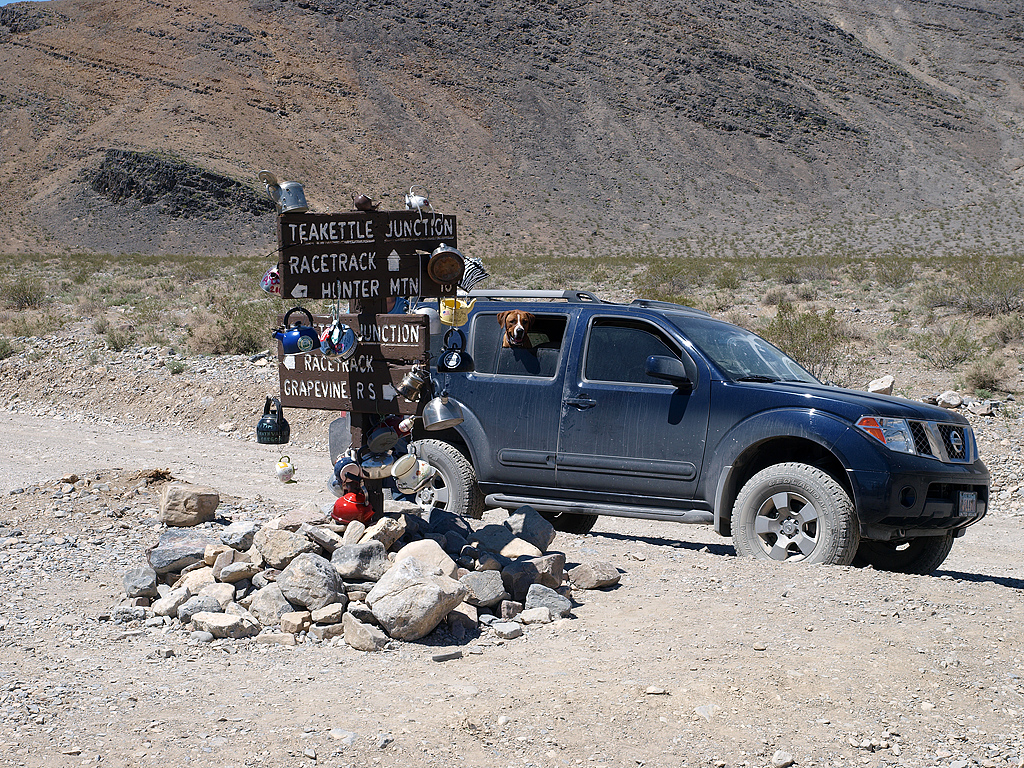 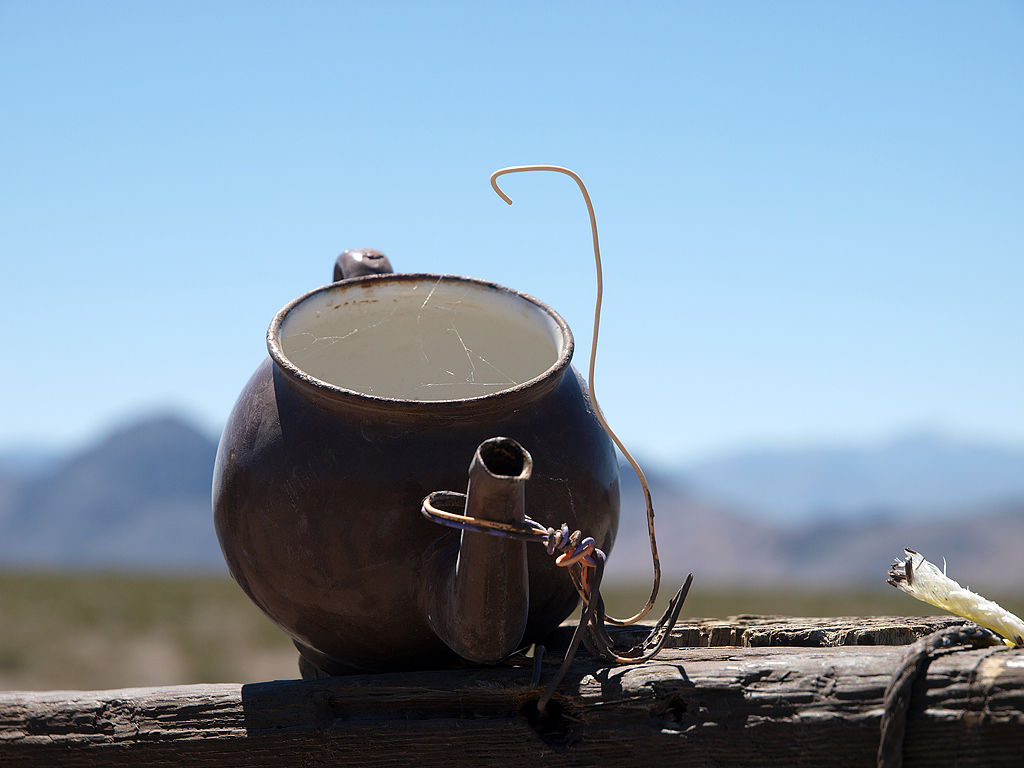 Then we drove out on the road to Hunter Mountain. Very scenic & pretty much a superhighway compared to the washboard we drove in on. We stopped at a point where it was a considerable drop off on one side: 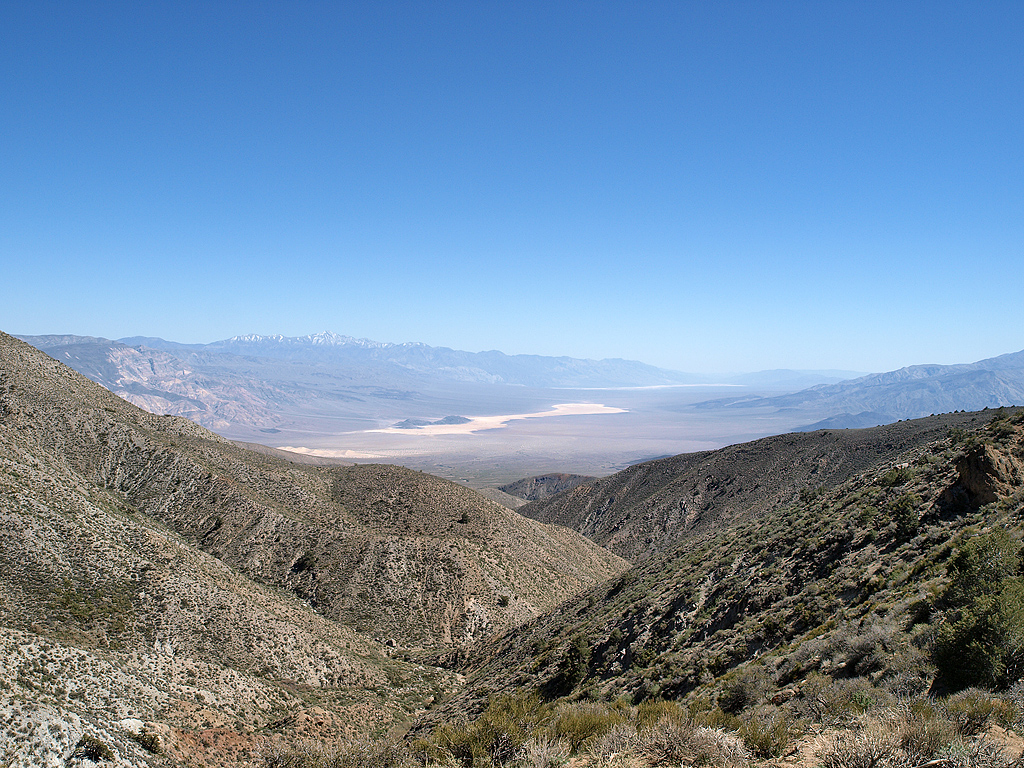 We then stopped near the top of Hunter Mountain. Lots of trees and the consensus was that we will be camping there next year. Beautiful place away from the throngs of tourists, and there are a ton of small side roads that lead off to abandoned mines, buildings & who knows.

We stopped at Panamint to air up & say or goodbyes. Definitely a quick little trip, even though we spent many hours together. Hopefully we'll all be able to mix in a bit of camping next year, along with some nice relaxation and beer time.

I left early Sunday and filled up in Beatty. After doing so, my gas indicator said I was on empty & the "service engine soon" light was on. Just great. That is being fixed as I type this. I stopped in the town of Goldfield on the way back. It used to be quite the happening place, but mostly everything is in disrepair and abandoned. The big stone Goldfield Hotel is still standing, and it really stands out in such a tiny place: 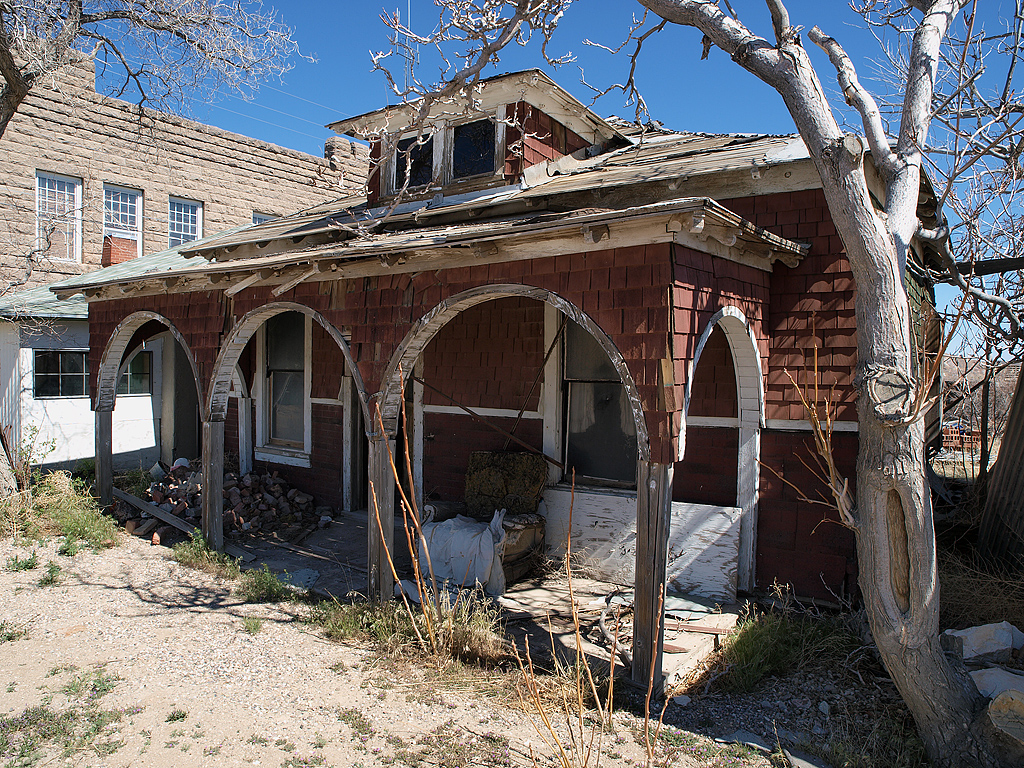 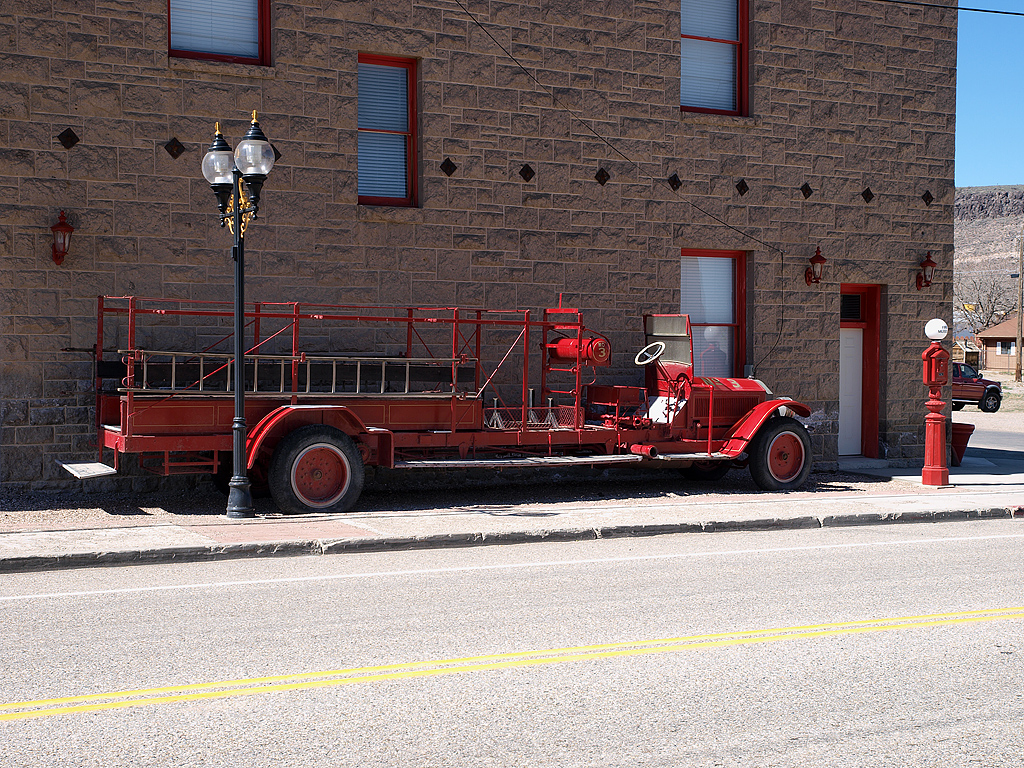 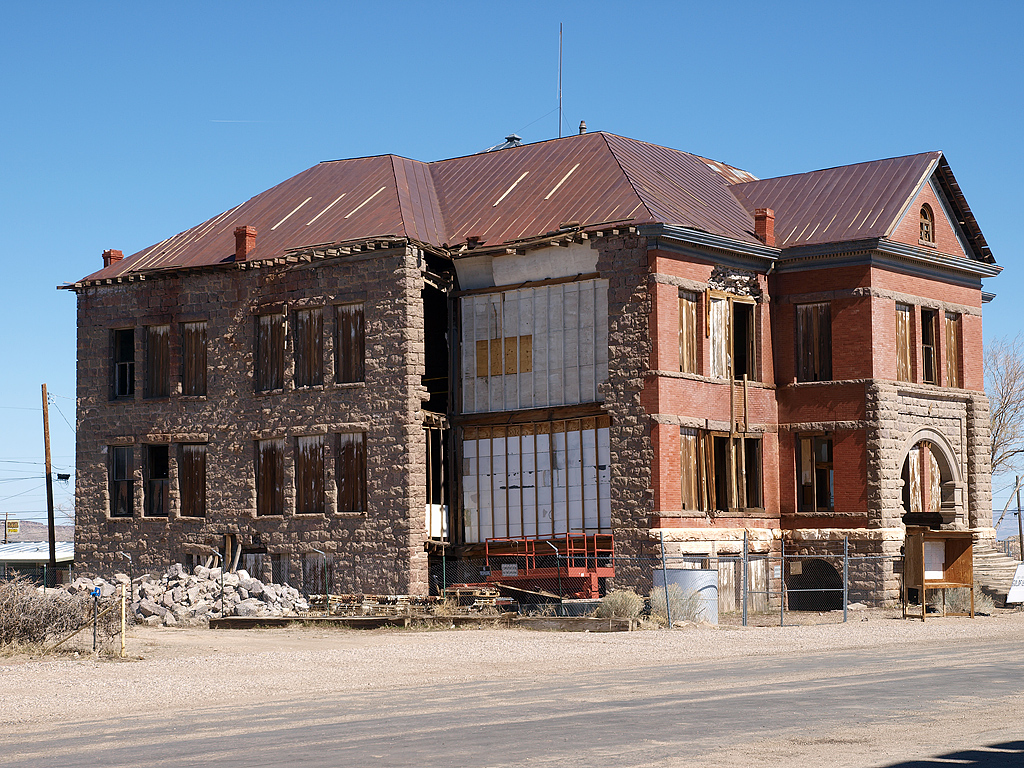 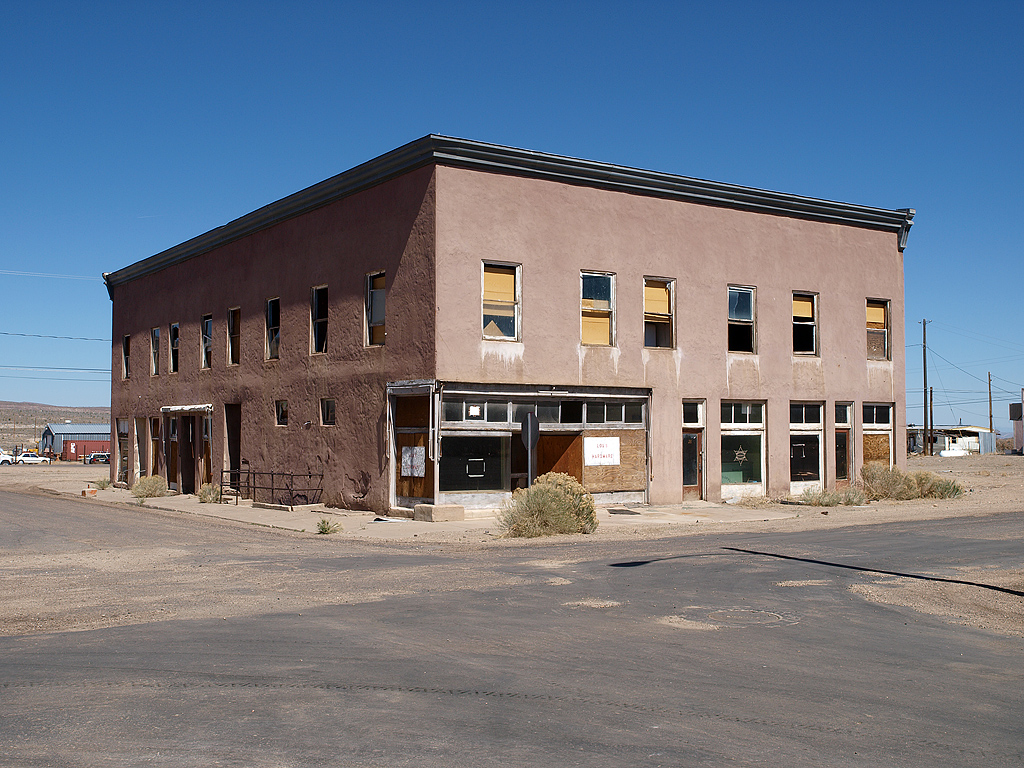 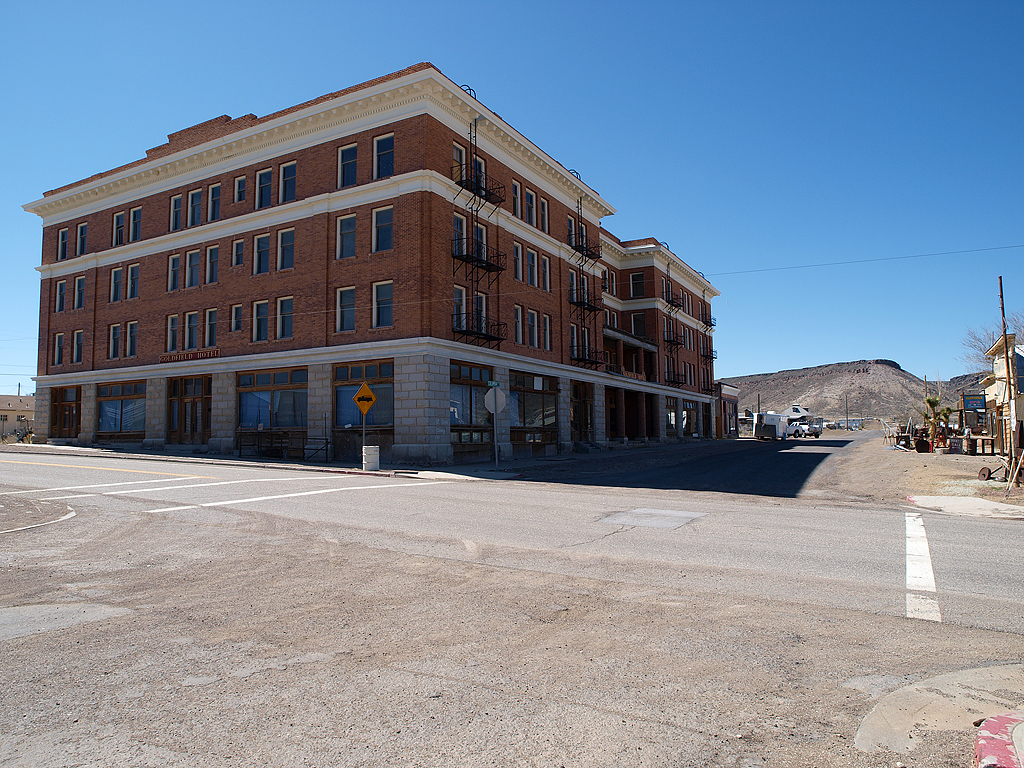 Back when gas was never higher than double digits in price. Ah, the good old days: 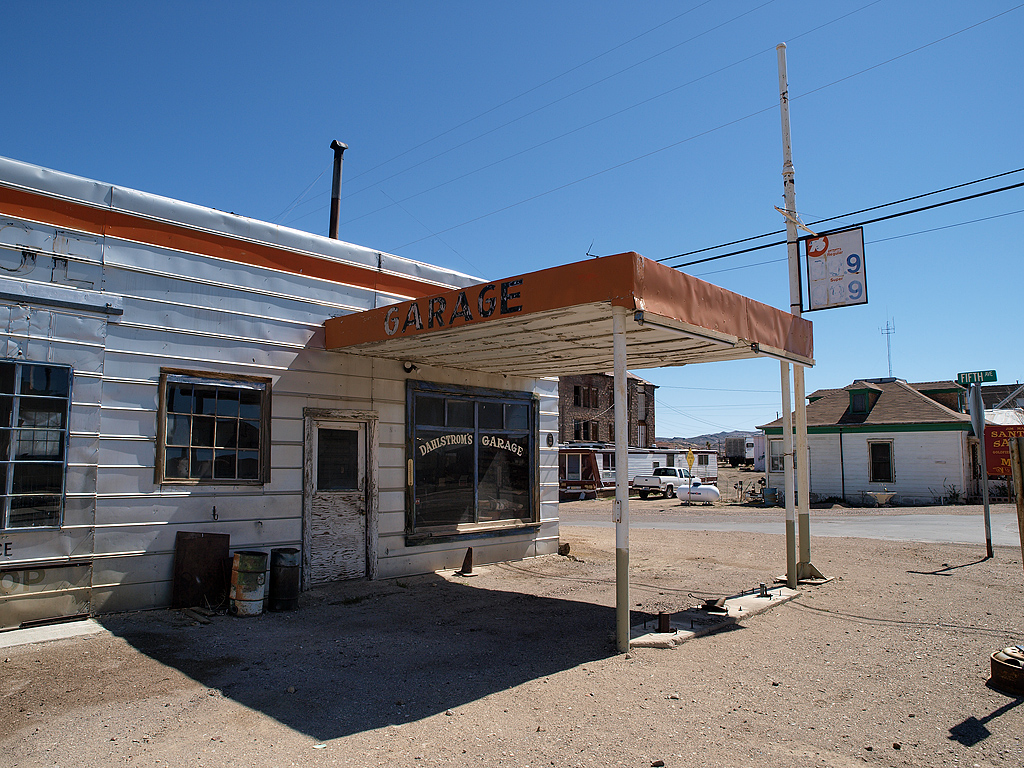 thx for the pics, steve. hopefully next year there can be some pics of empty beer bottles