My girlfriend, myself & another friend drove down to the corner of southeastern Utah last week to meet up with 8 others for a backpacking trip to a place called Grand Gulch. We stopped at Natural Bridges National Monument first & did numerous hikes there. This is the 2nd largest natural bridge in the world: 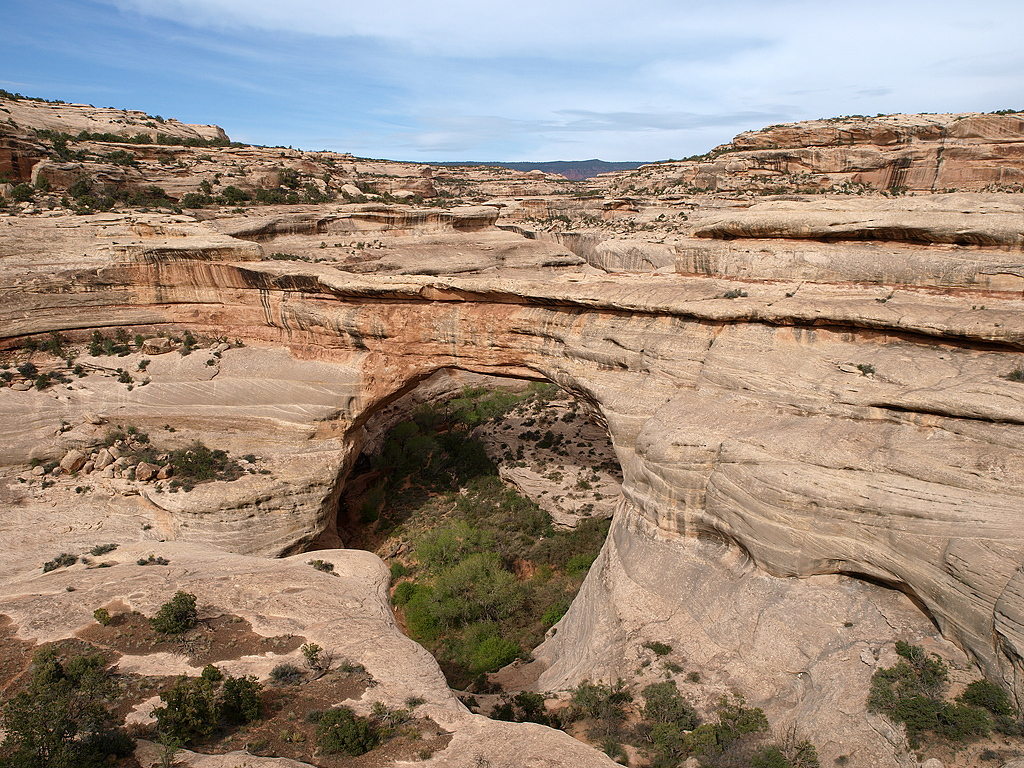 People always rave about Canyonlands, but truth be told, the entire eastern portion of Utah is chock full of canyons, of which Canyonlands is just a small part. Grand Gulch is one of many large canyons in the 4 corners area that is full of Anasazi dwellings, pottery, tools, etc. We met up with our group the following morning at the trailhead and in the rain: 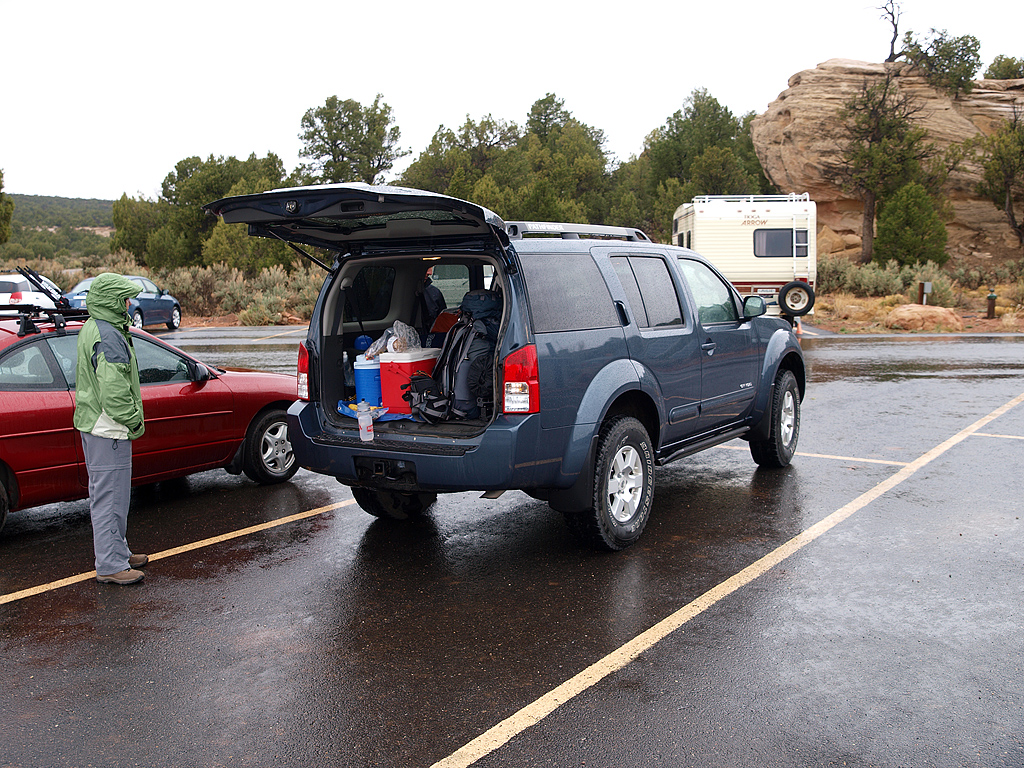 We had to go about 1 mile overland before descending into the canyons: 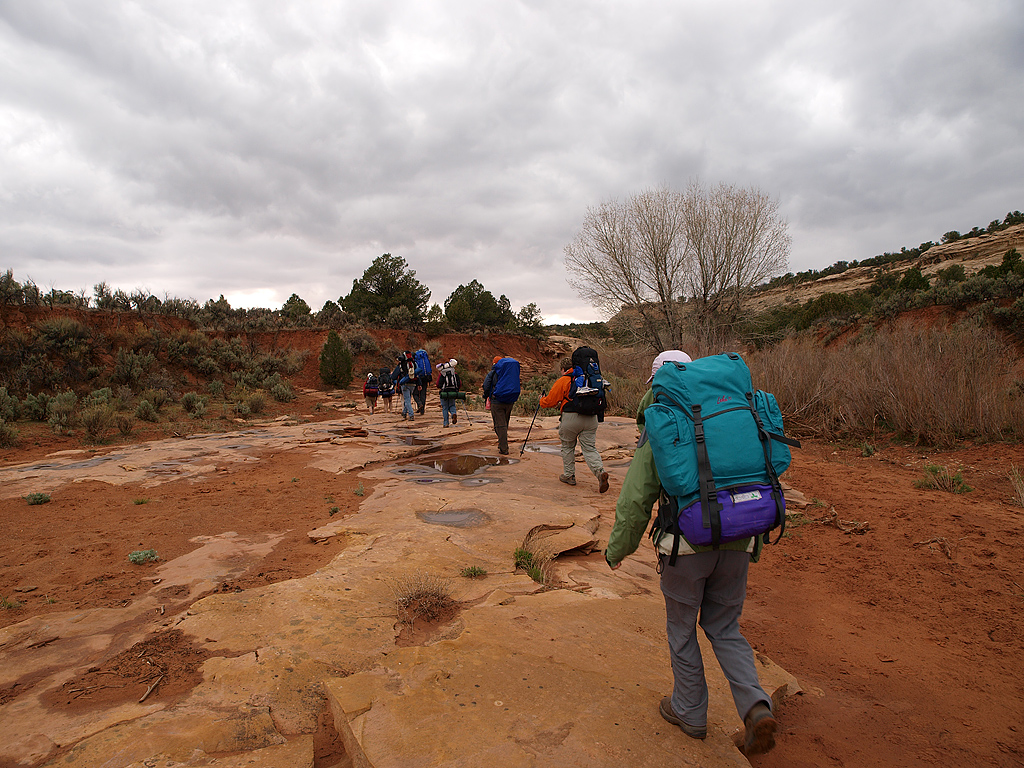 On the way down to the main canyon: 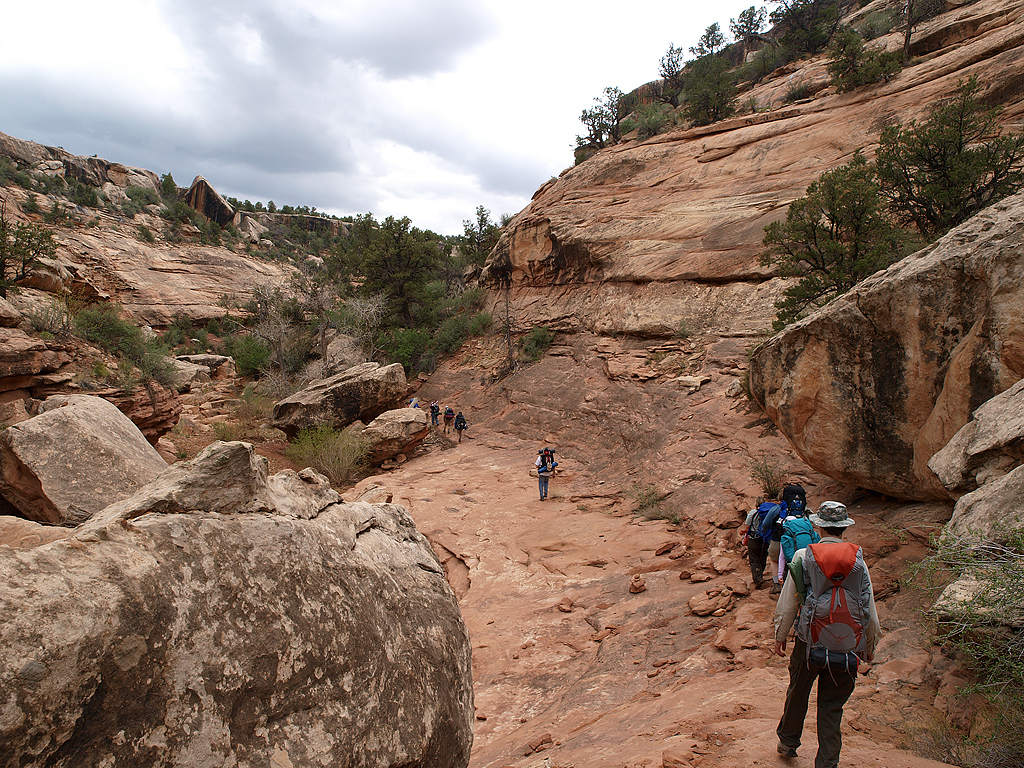 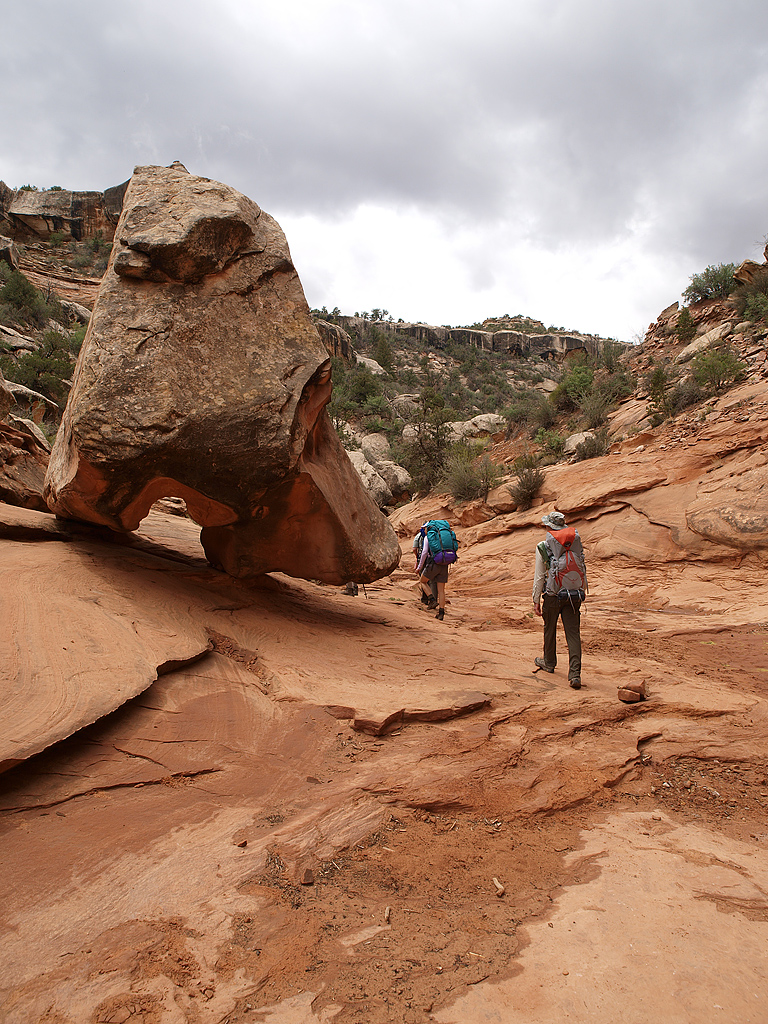 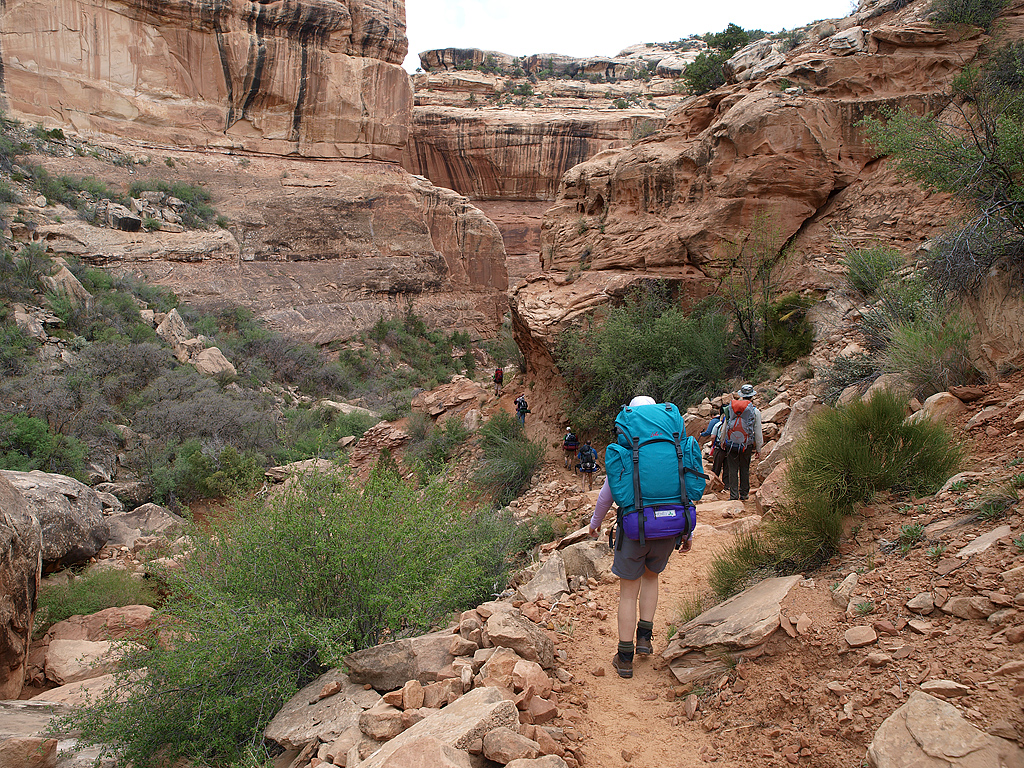 Many of the ruins were out of the question, at least in terms of visiting. No climbing equipment is permitted in the area, so many of these will remain untouched. 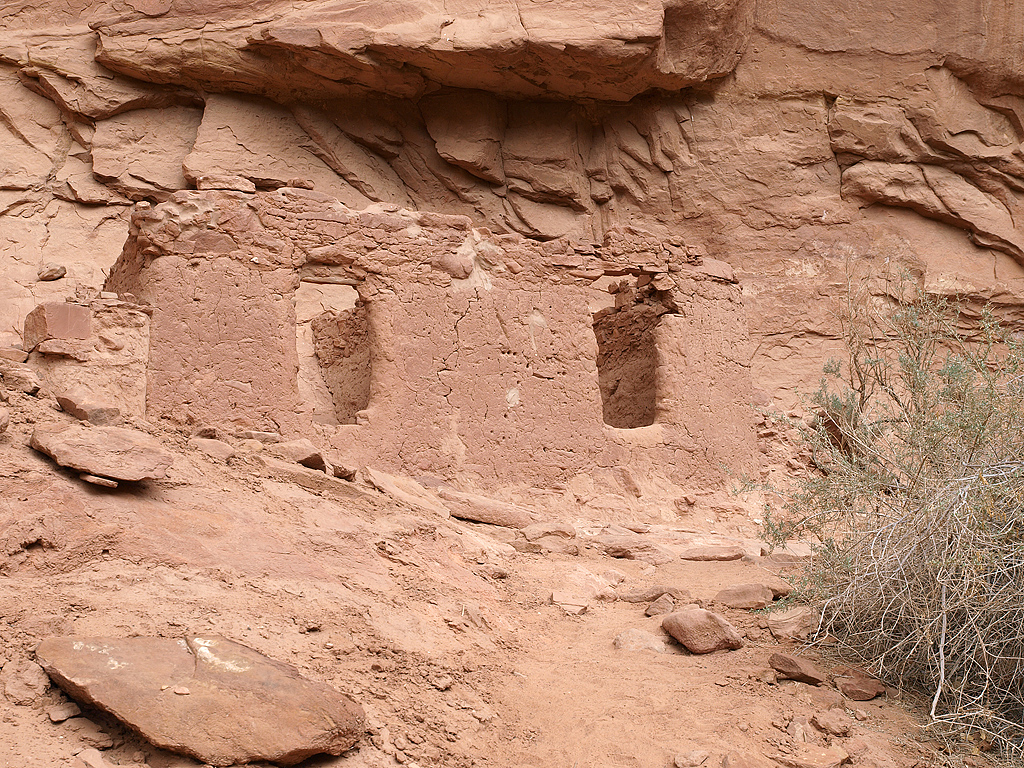 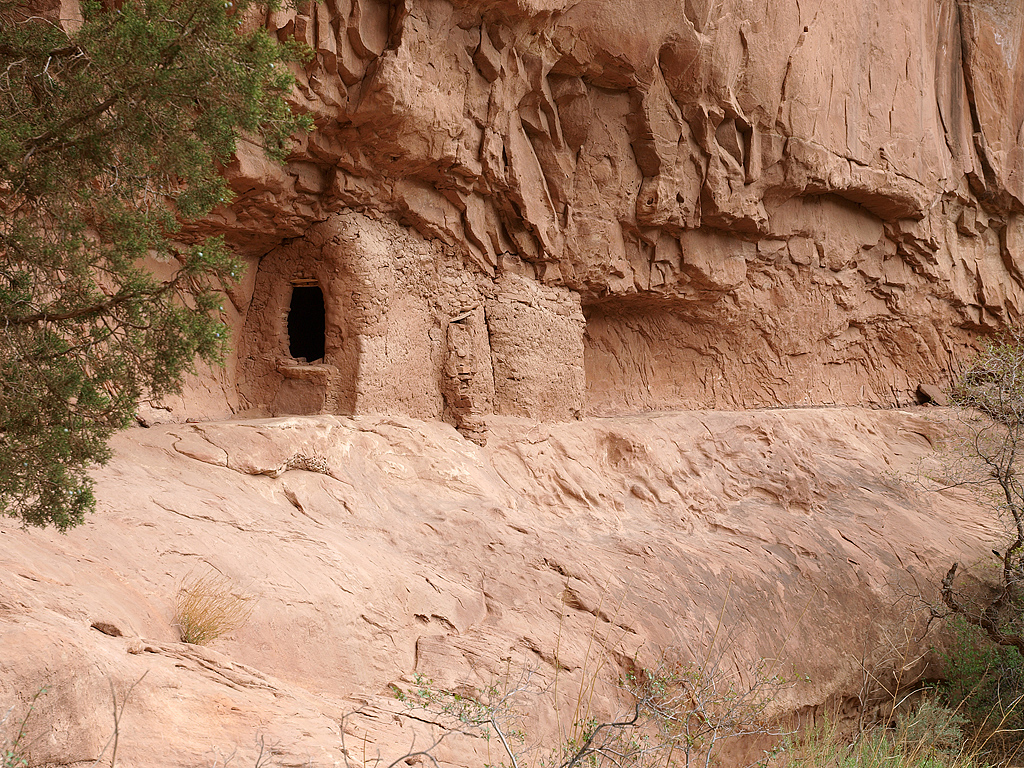 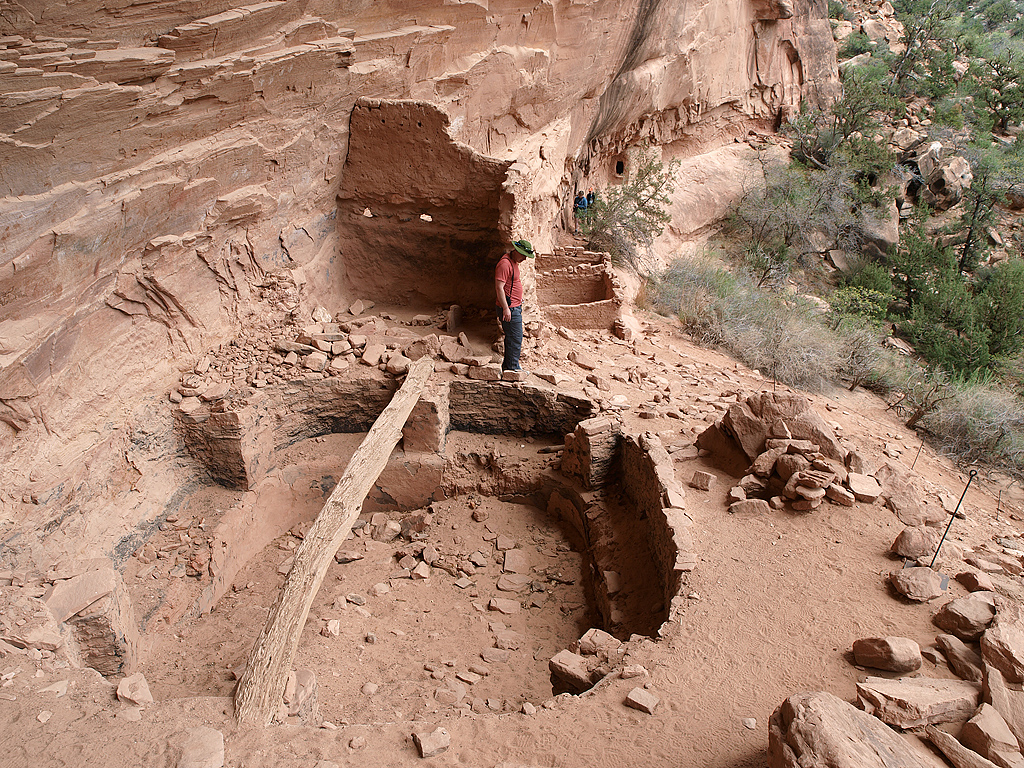 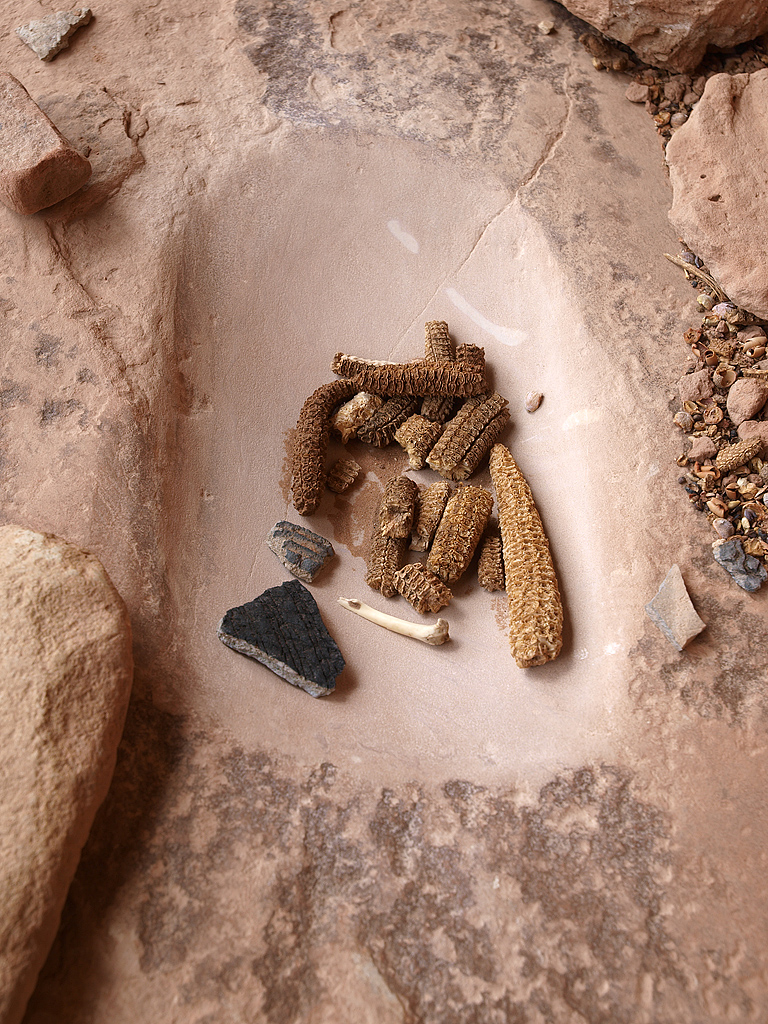 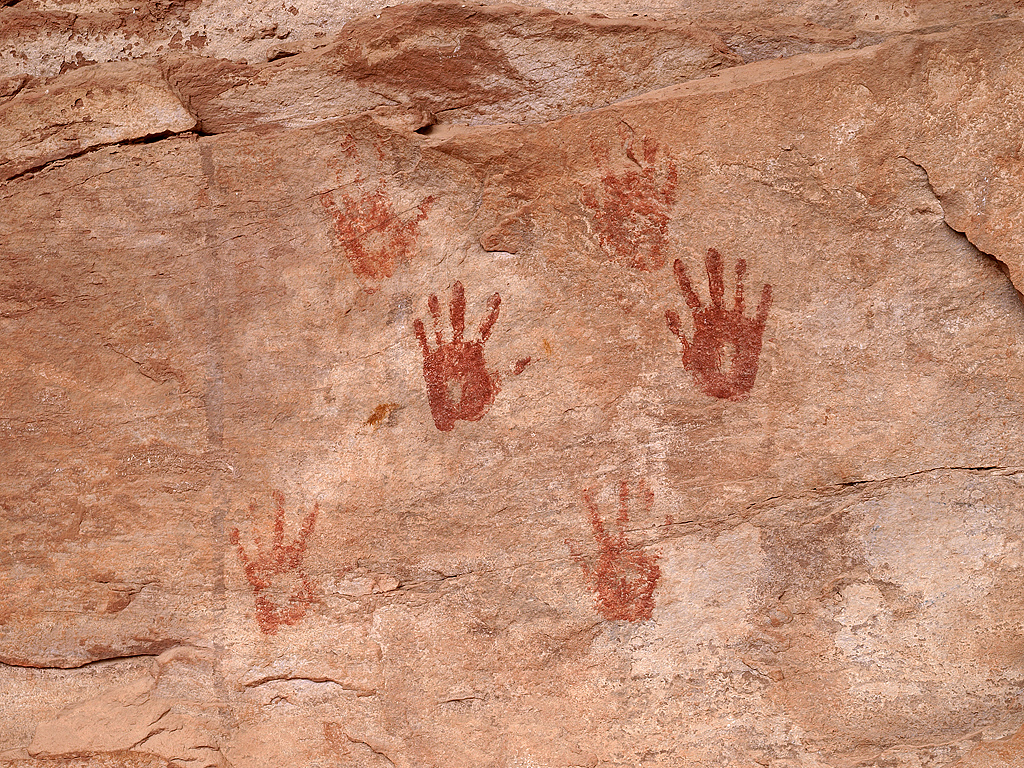 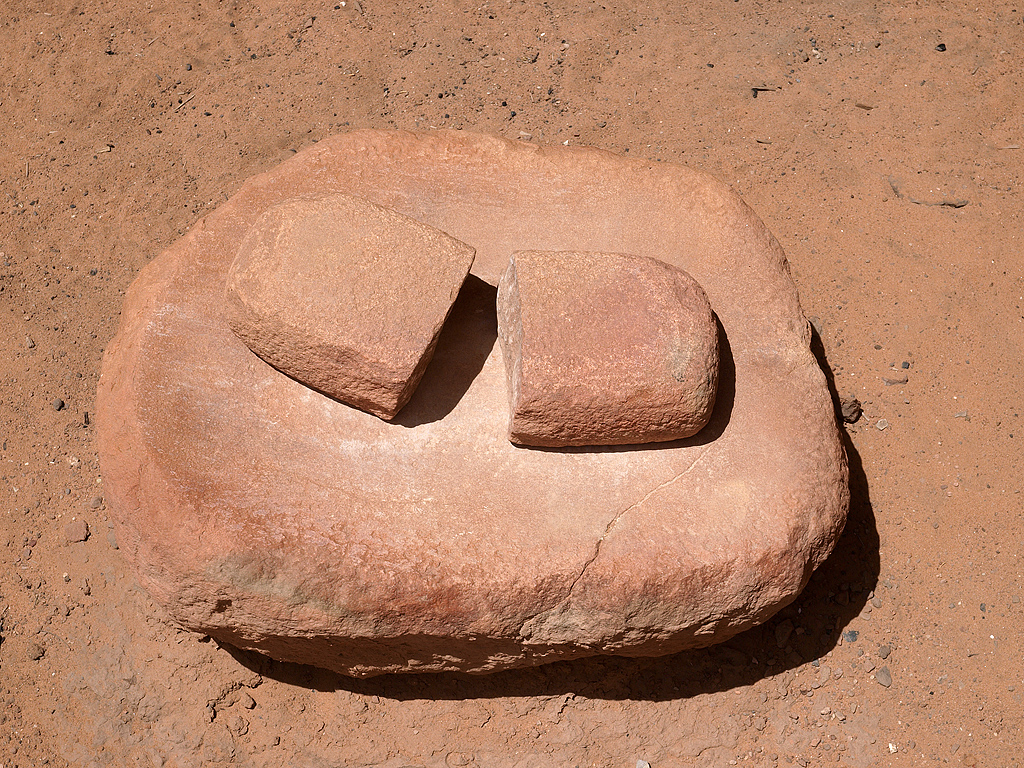 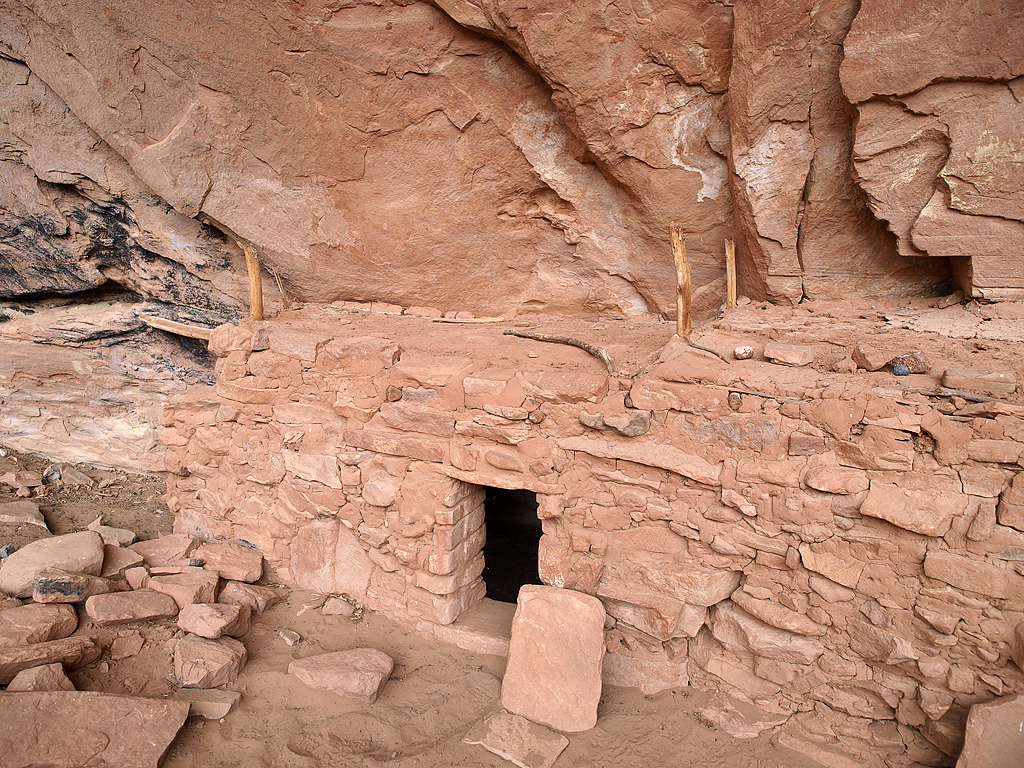 It decided to really dump on us at one point. Fortunately, we were dry in the recesses of a cliff exploring a ruin. 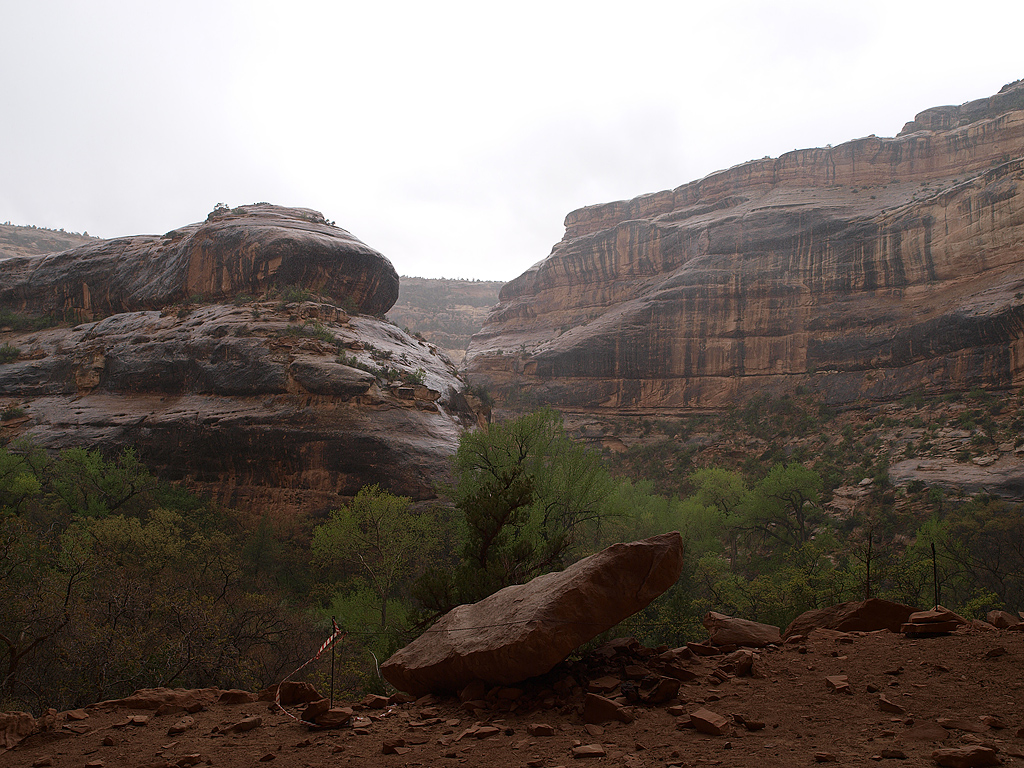 It rained so hard that waterfalls were streaming off the cliffs above. 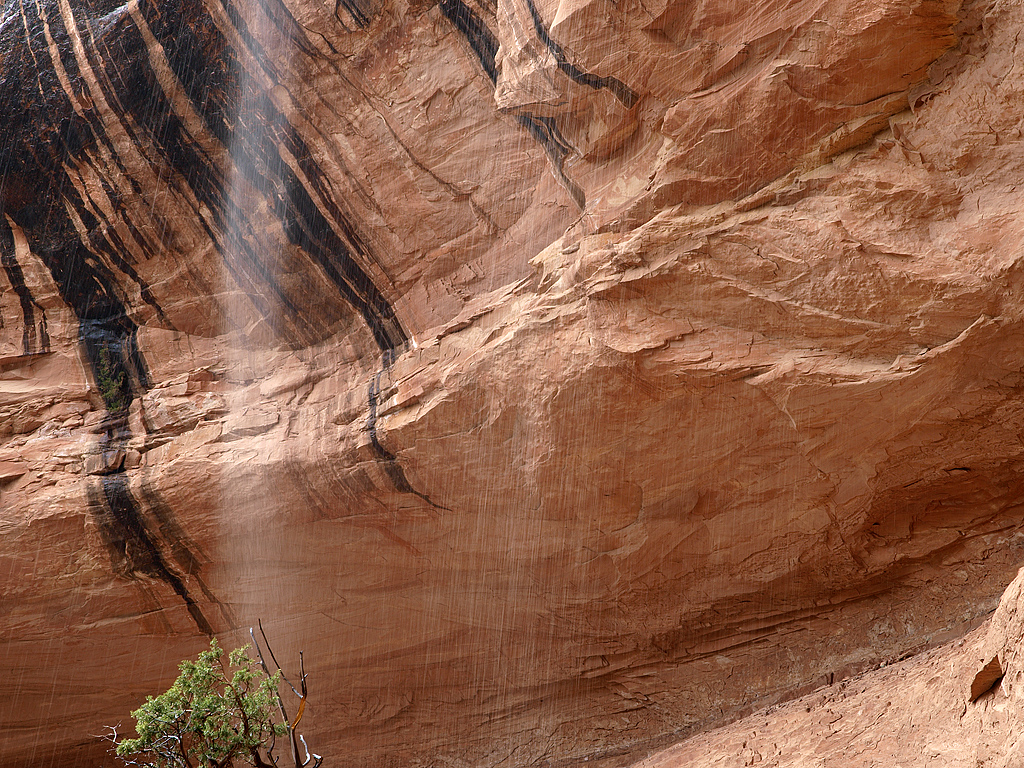 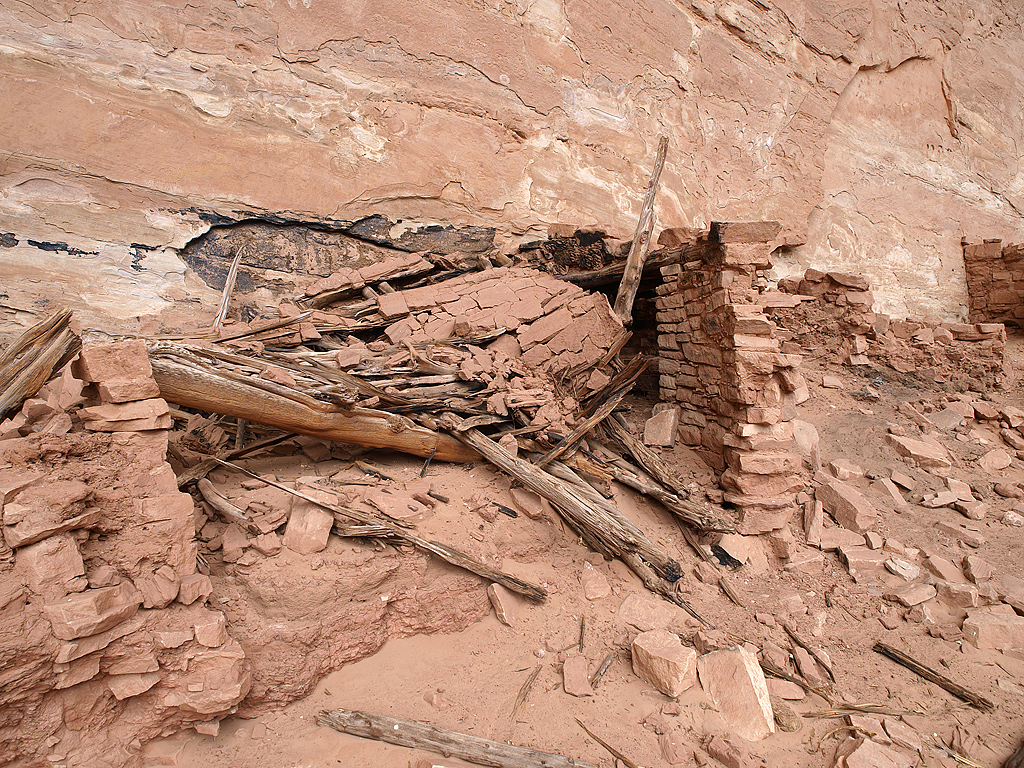 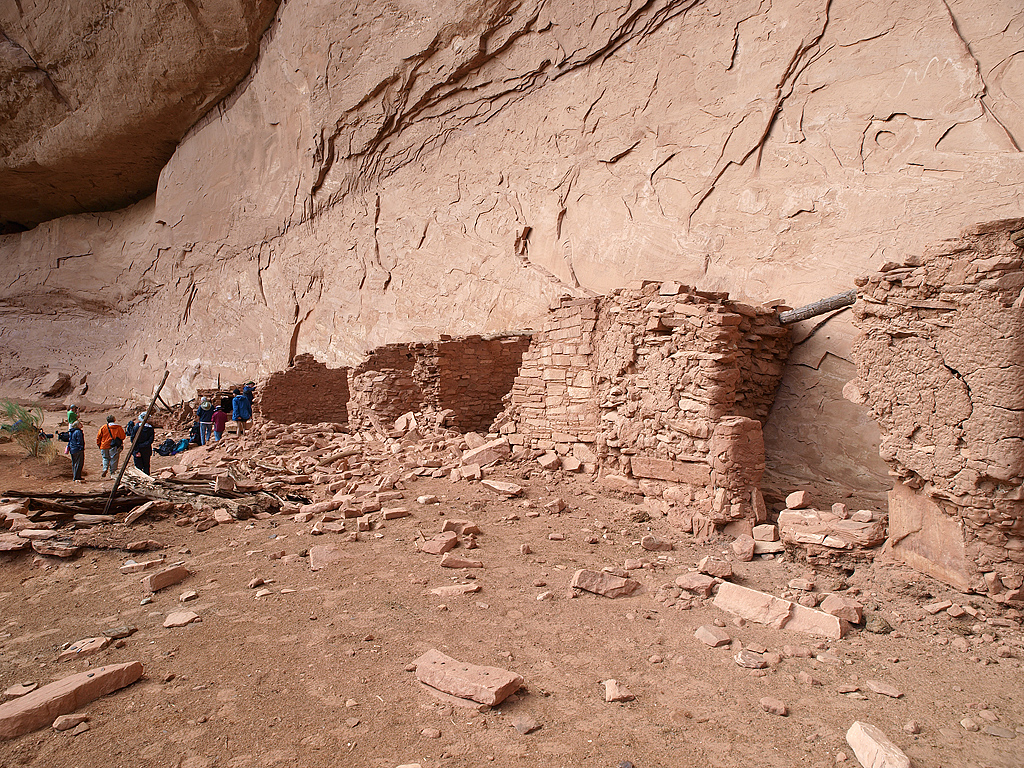 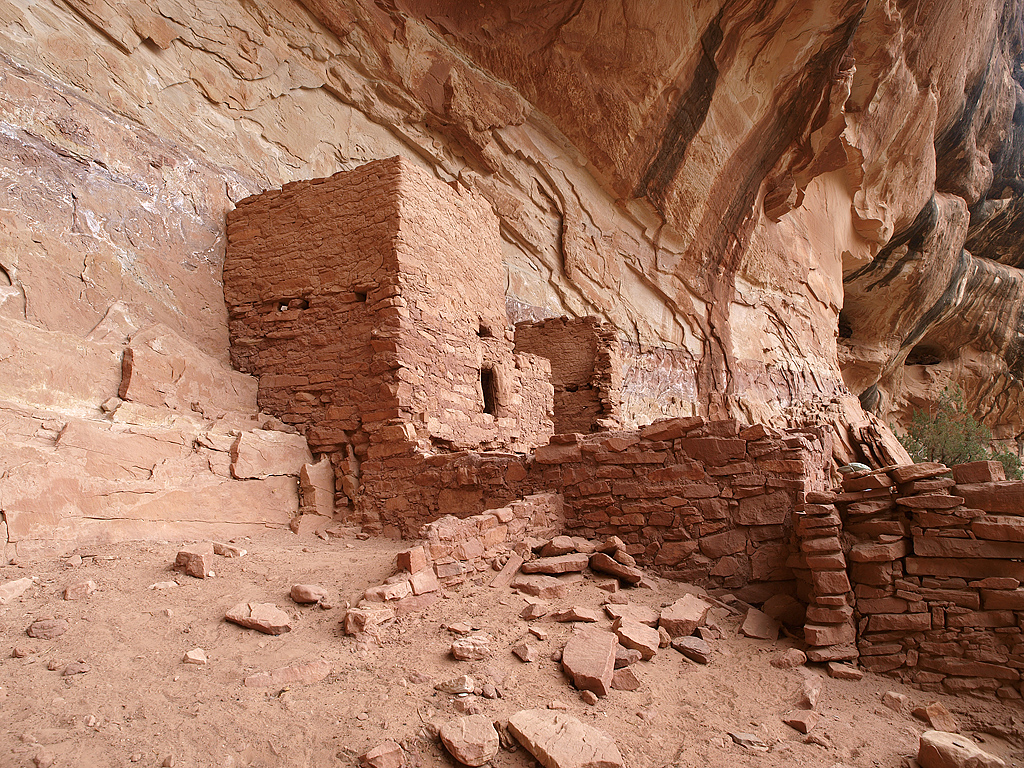 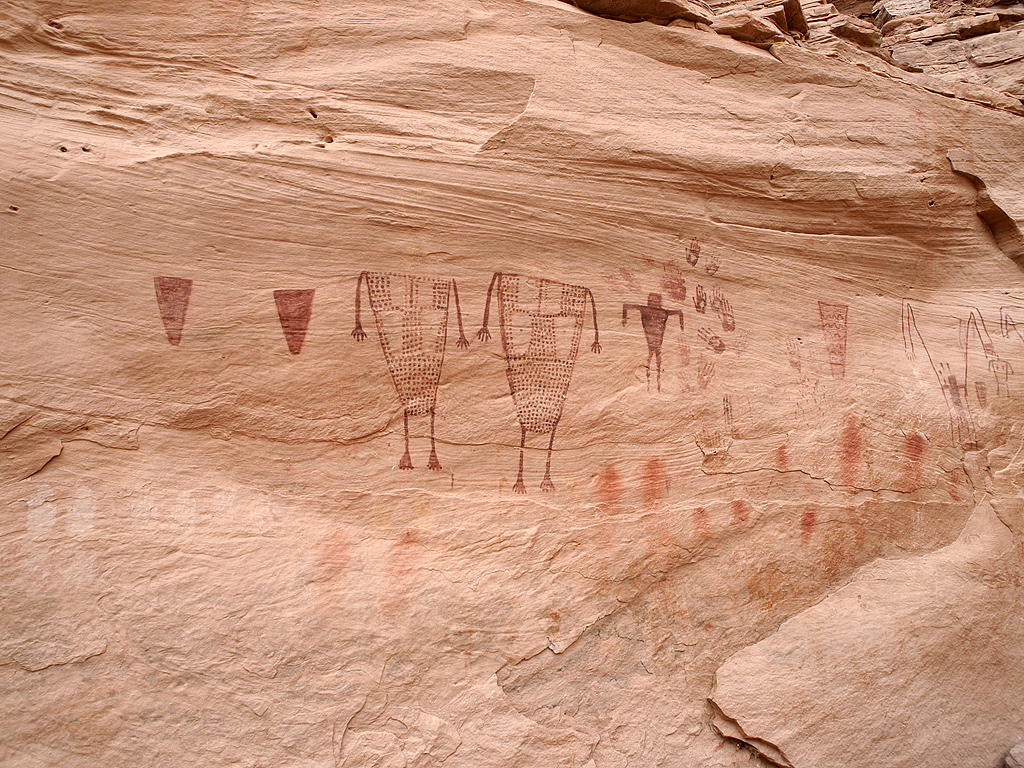 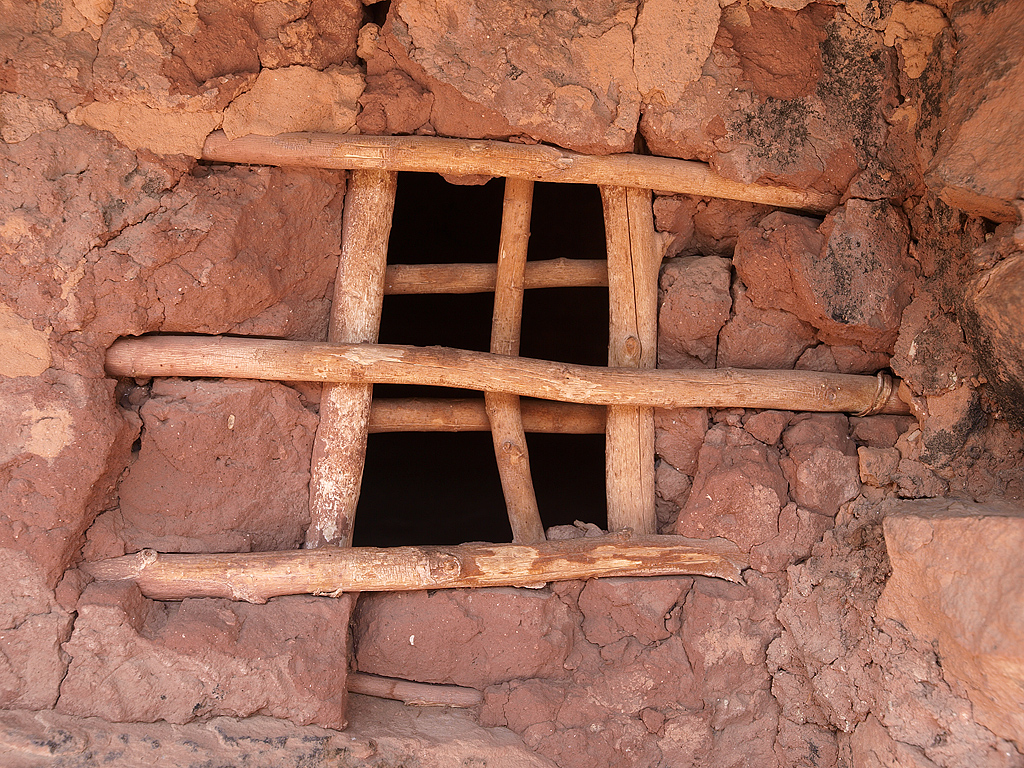 And some of the scenery along the way: 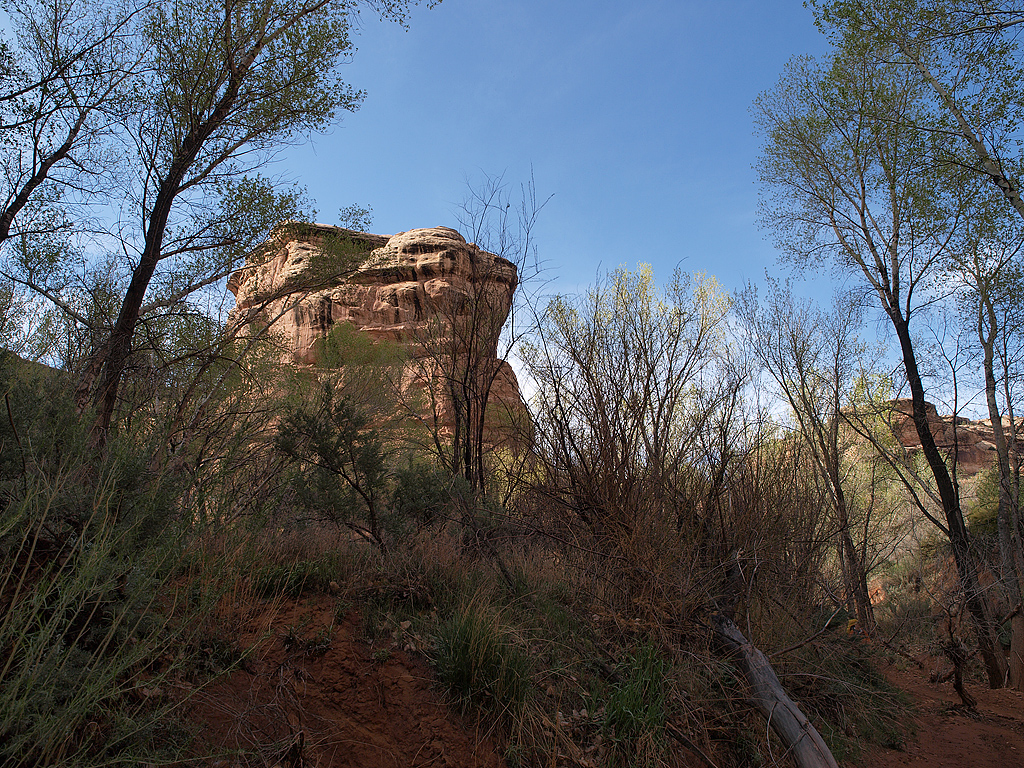 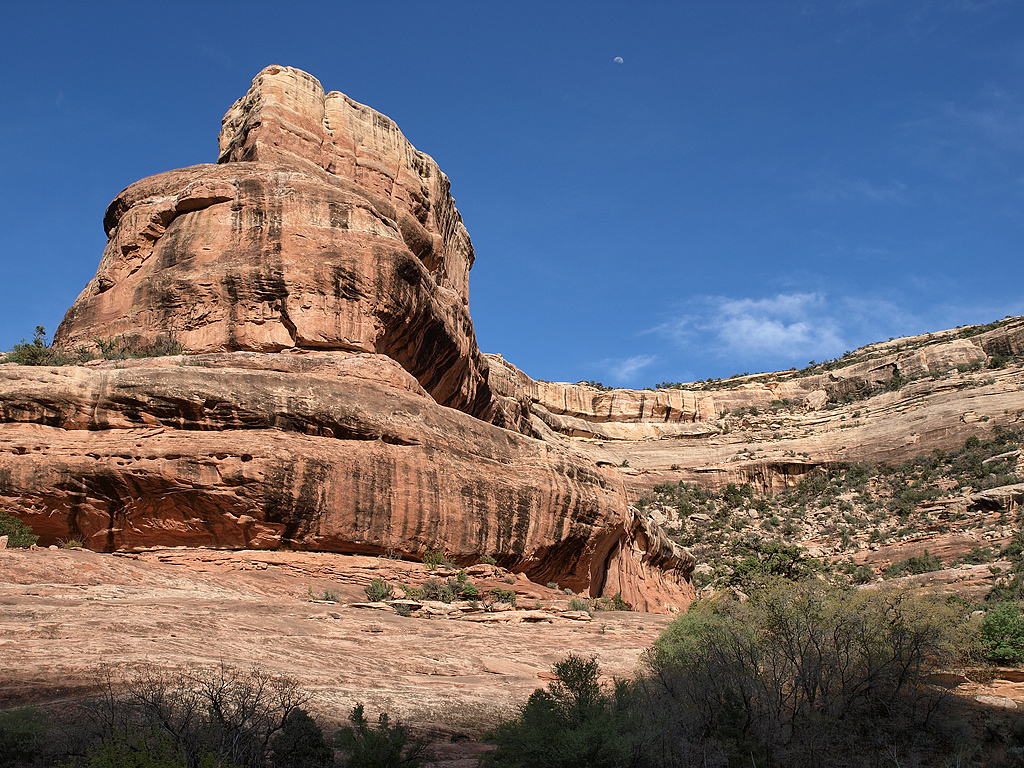 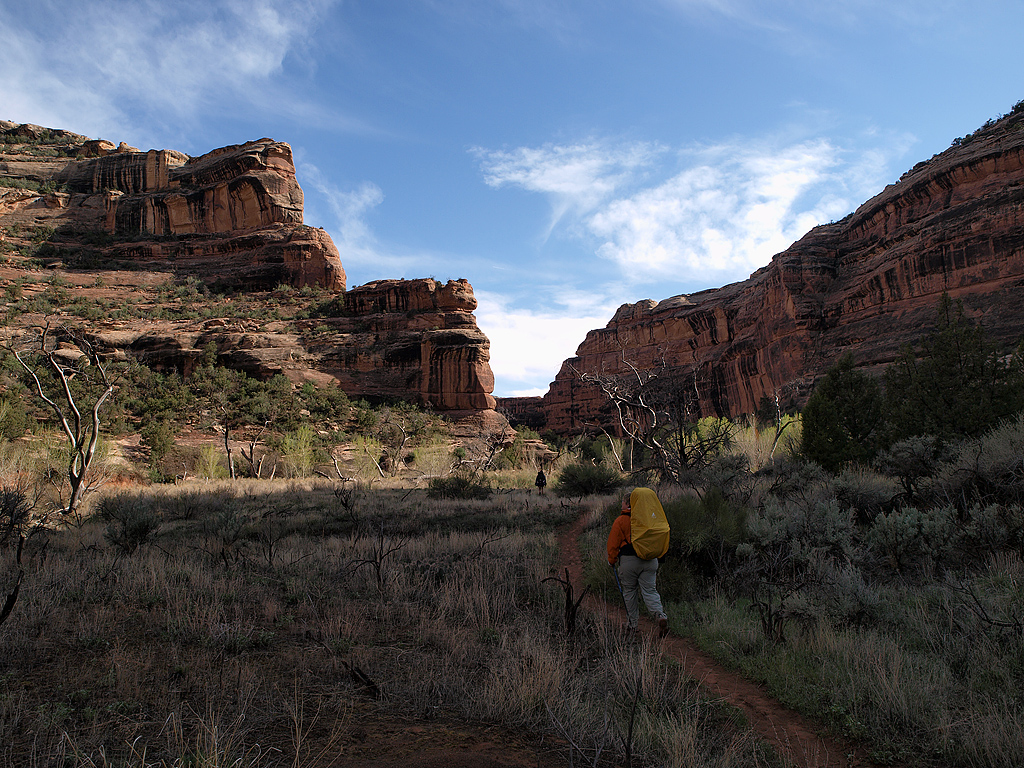 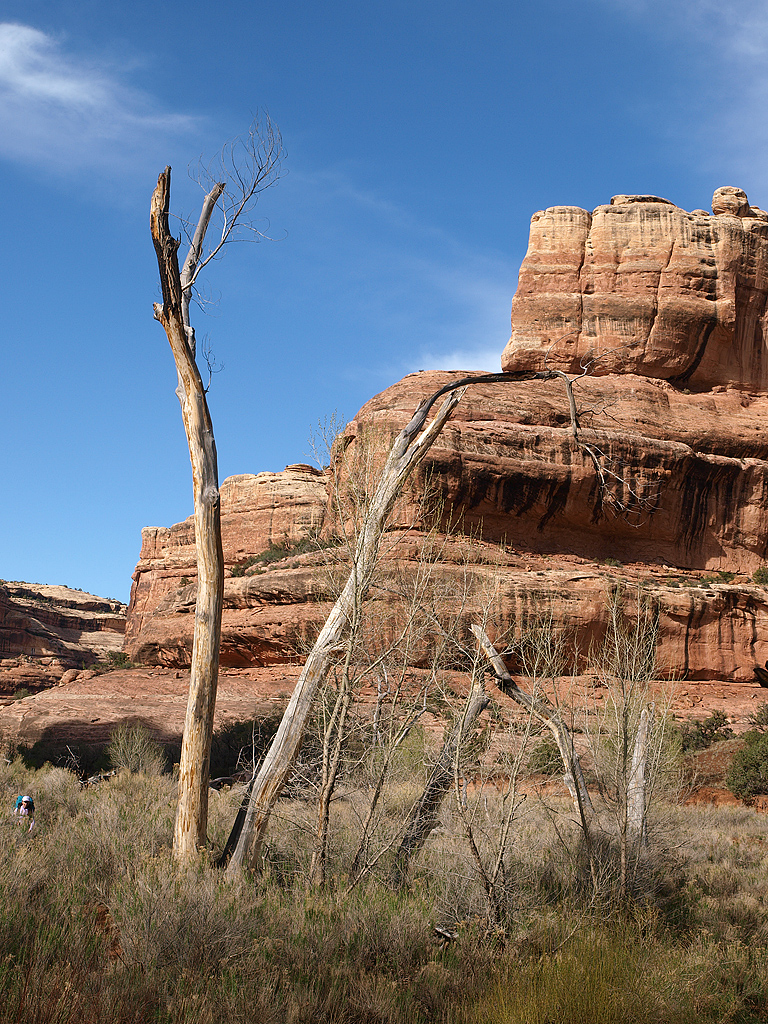 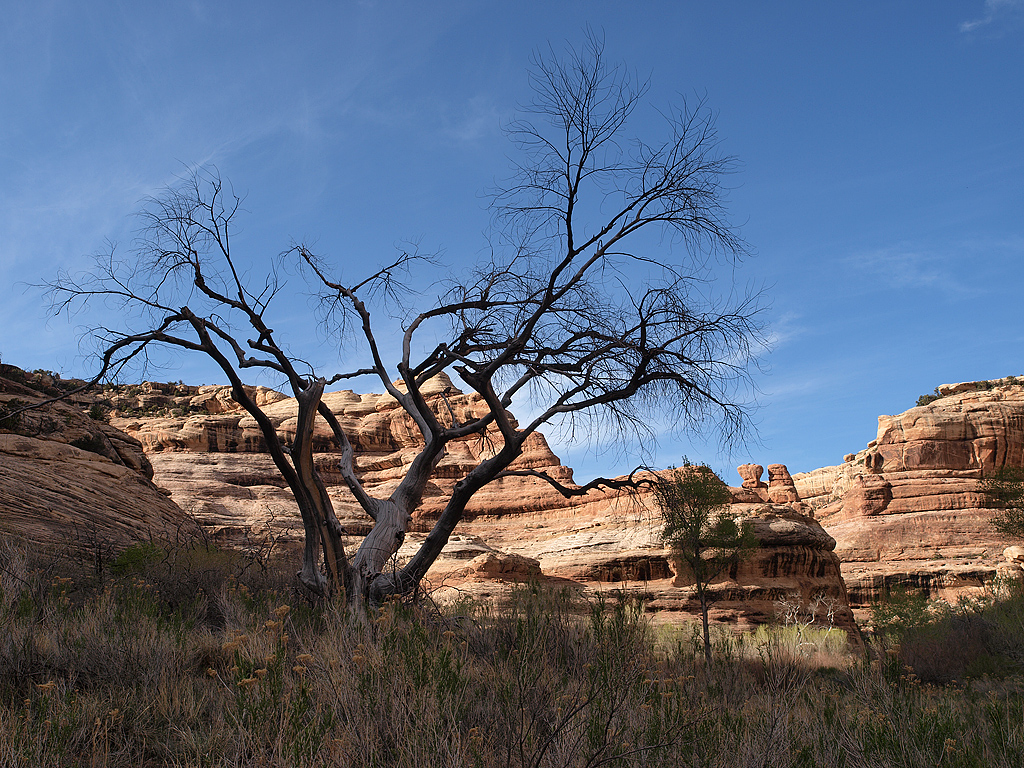 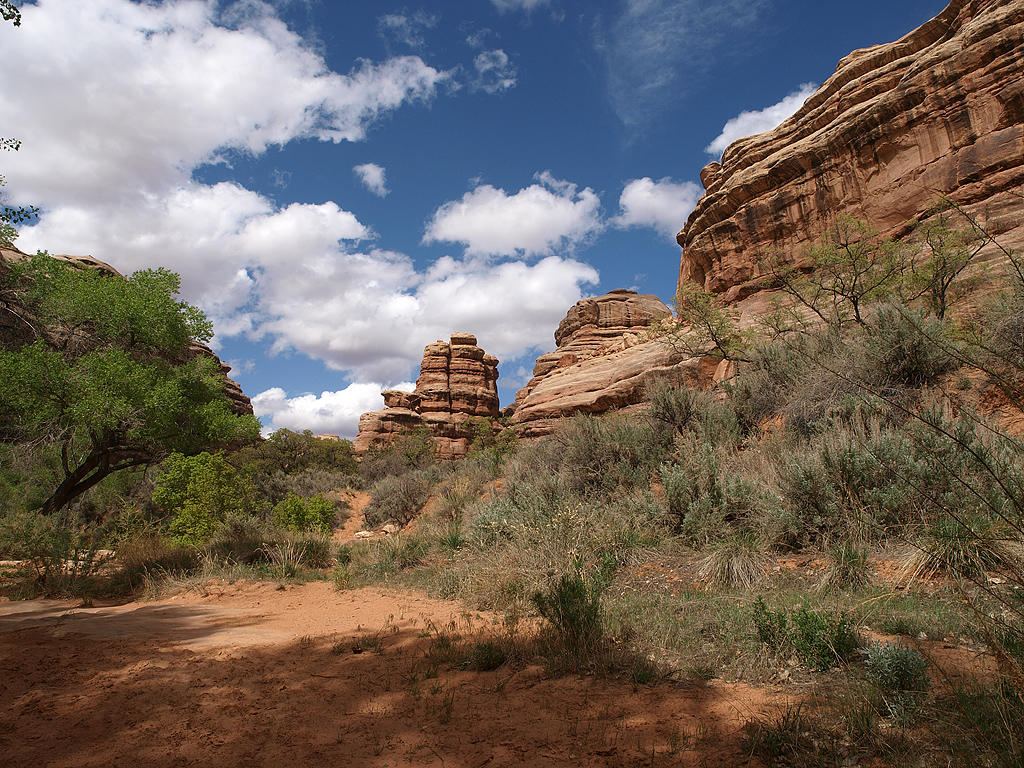 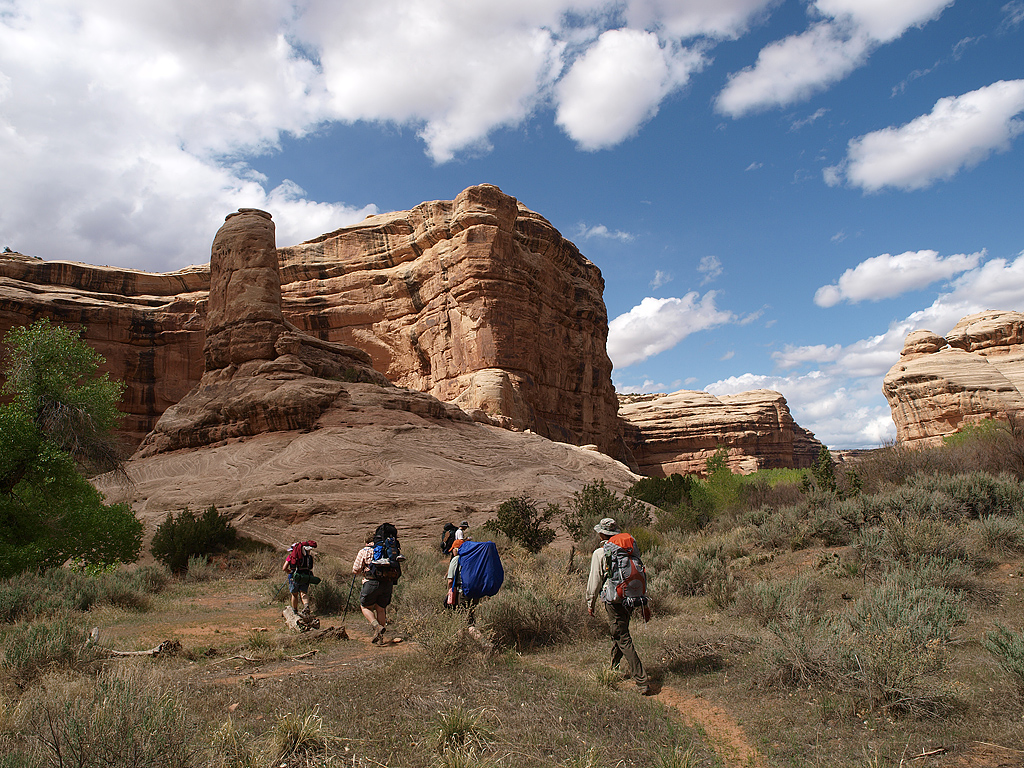 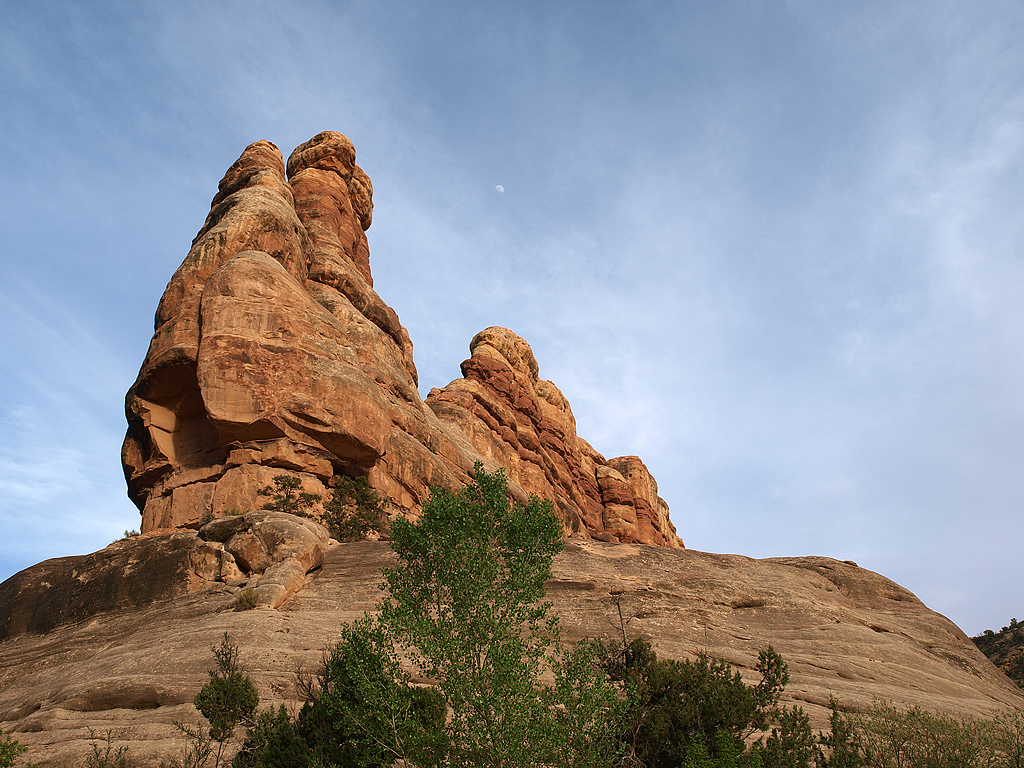 The last ruin on the way out of the canyon: 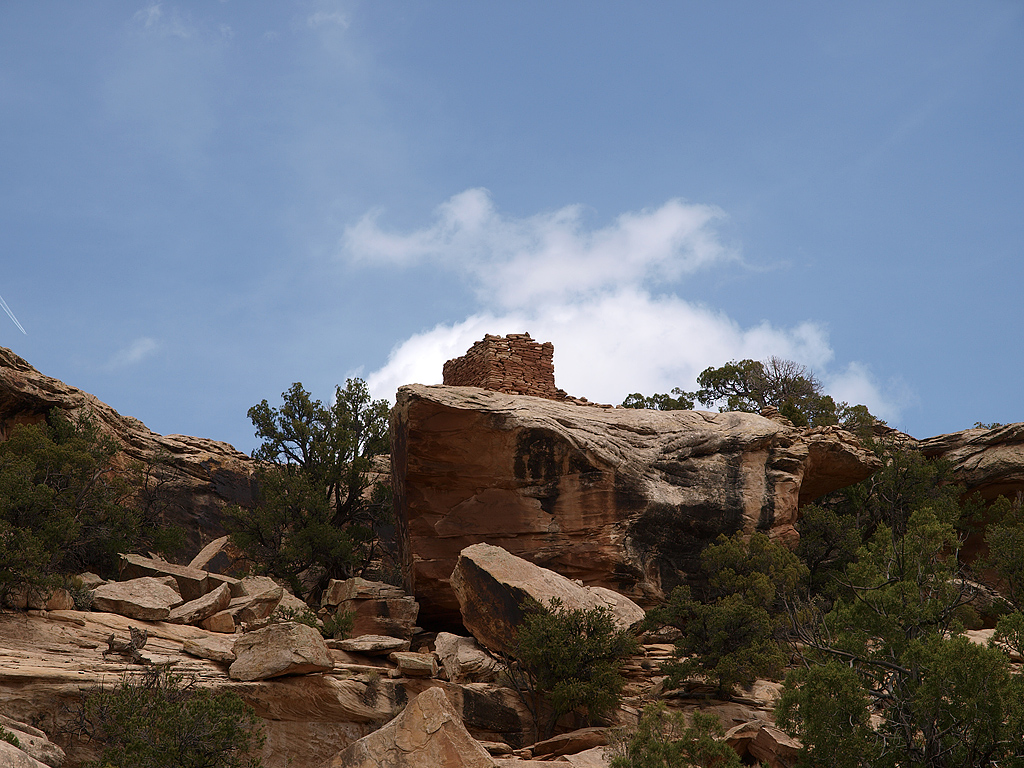 You must have a nice pretty nice camera because my pictures always look like trash after I see yours.

What's with the corn cobs and artifacts in the pic below? Are the ruins "maintained" in order to have a more authentic look? Thanks for sharing.

AZ_Path wrote: What's with the corn cobs and artifacts in the pic below? Are the ruins "maintained" in order to have a more authentic look? Thanks for sharing.

There are artifacts scattered all over the place at each ruin. The corn cobs are at least 700 years old. It's a "primitive area," which pretty much follows the National Park Service policy of hands-off. There were a couple of structures that have been reinforced with what looked like a concrete mixture, along with one kiva that has been fully reinforced so that visitors can have a better experience. The only ones that have been reinforced are the ones within a day hike of the trailheads, and I only saw 2 structures out of maybe 70 or so that had been dabbed with concrete.

A corn cob can last that long before it decomposes? I figured it would have been carried away by animals or weather at some point. Interesting.
Top
Post Reply
4 posts • Page 1 of 1