Use that 4x4 switch on your Path and go get dirty!

I had to drive out to Denver for a nephew's wedding a couple of weeks ago, so decided to make a small road trip out of it. I stayed at my sister's house in Monument about 3 days, which gave me time to visit a bunch of the touristy stuff in Colorado Springs that I haven't seen in a while, or that my girlfriend had ever seen. A friend of mine came down from Denver & we drove up to Pike's Peak, ran through Garden of the Gods & had a great dinner at a German place.

Here's the cogway train stopped at the peak (we drove): 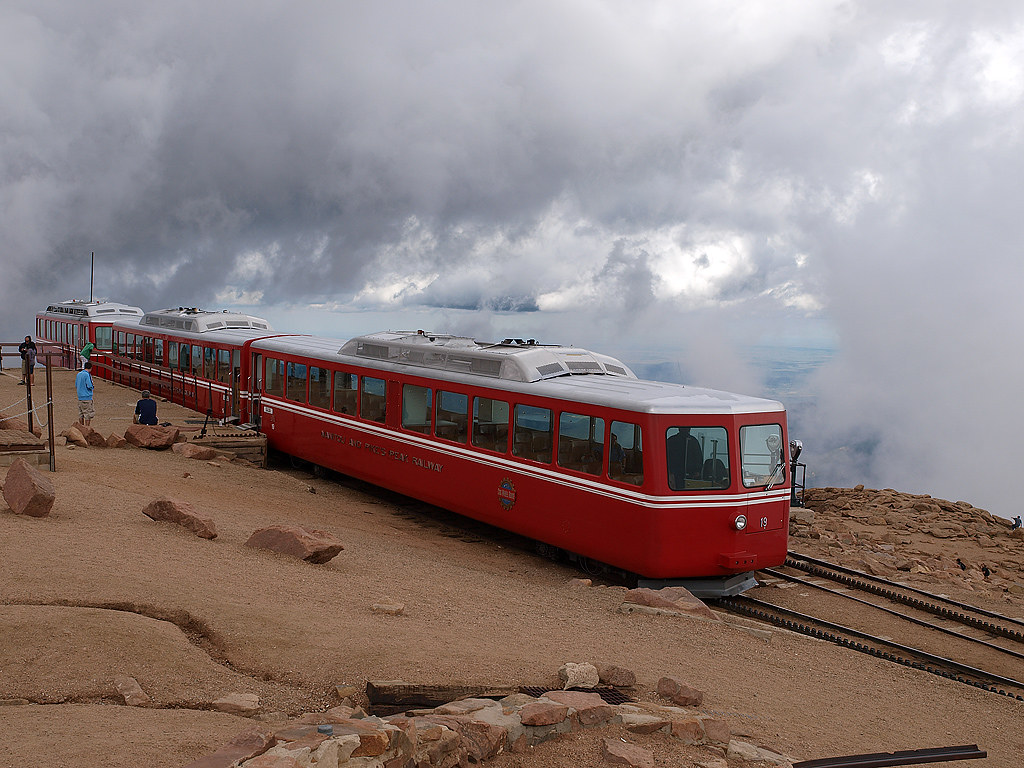 A view of the tracks in the opposite direction heading down the mountain: 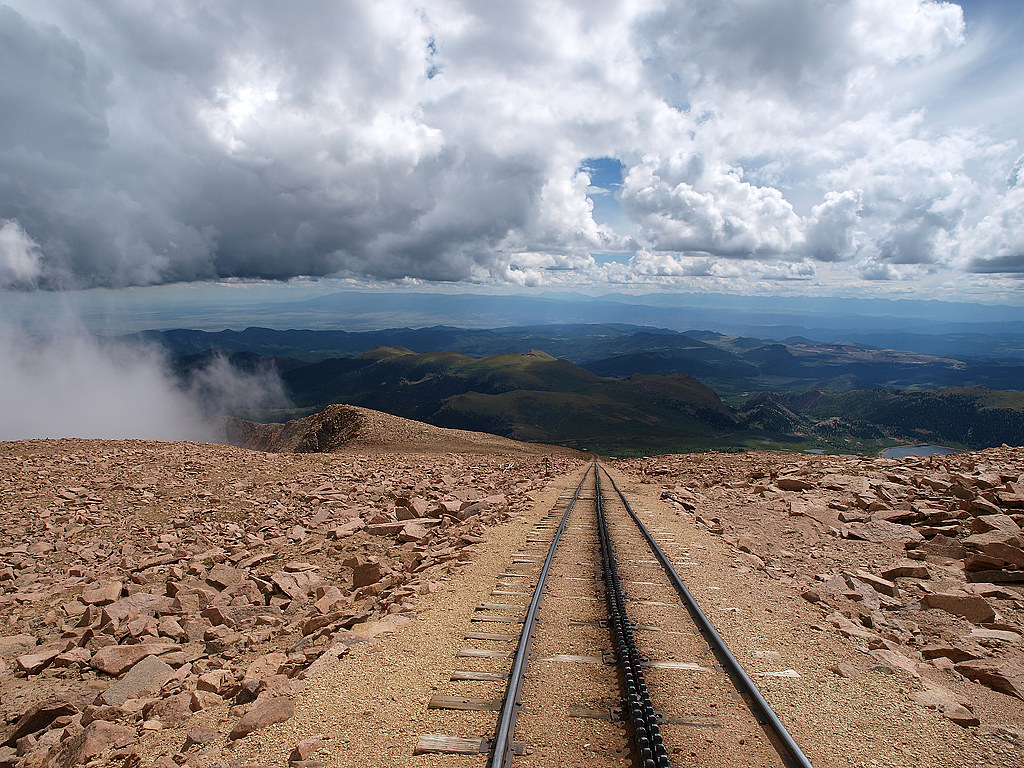 One of the many cool rock formations in Garden of the Gods: 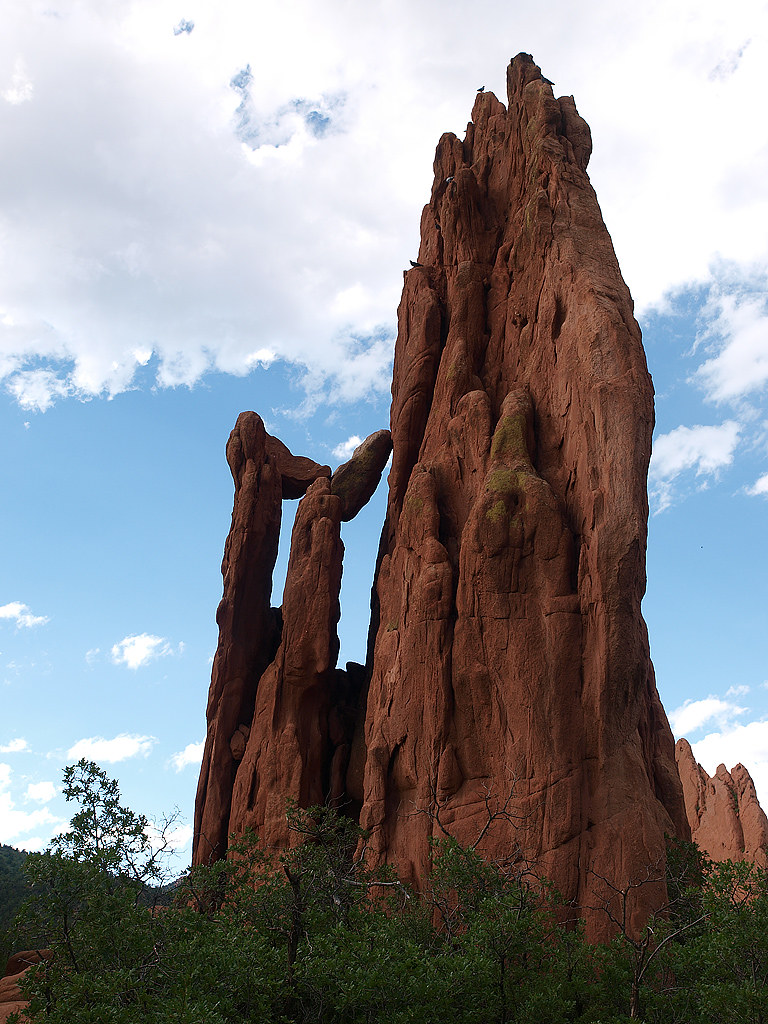 We decided to return to Salt Lake via the mountains and a 3 day stop in Mesa Verde. While looking at the route between Monument and Mesa Verde, I wanted to include dirt into the equation. The Alpine Loop is scenic, but heavily traveled and easy enough for 2 wheel drive passenger cars. I wanted something along the lines of a 4x4 trail. I did some research and found a road that connects Ouray to Telluride & it fit the bill. 17 miles of mountains & the 2nd highest pass in the US-Imogene Pass. We camped a couple miles outside of Ouray on the above mentioned road in a small campground. 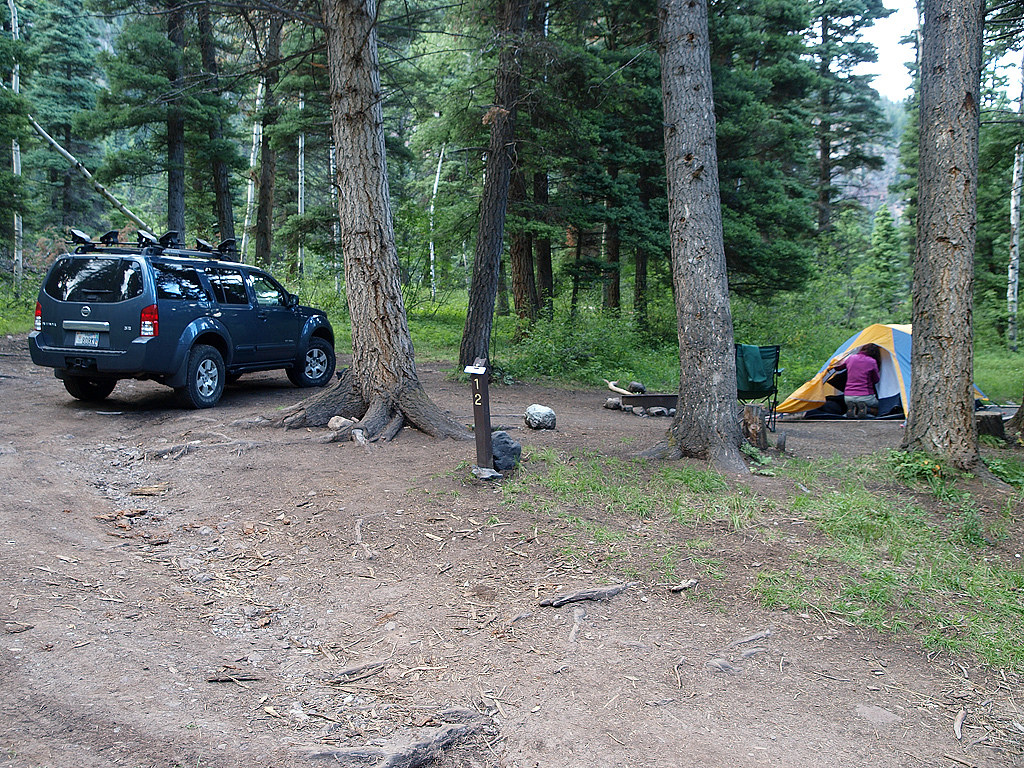 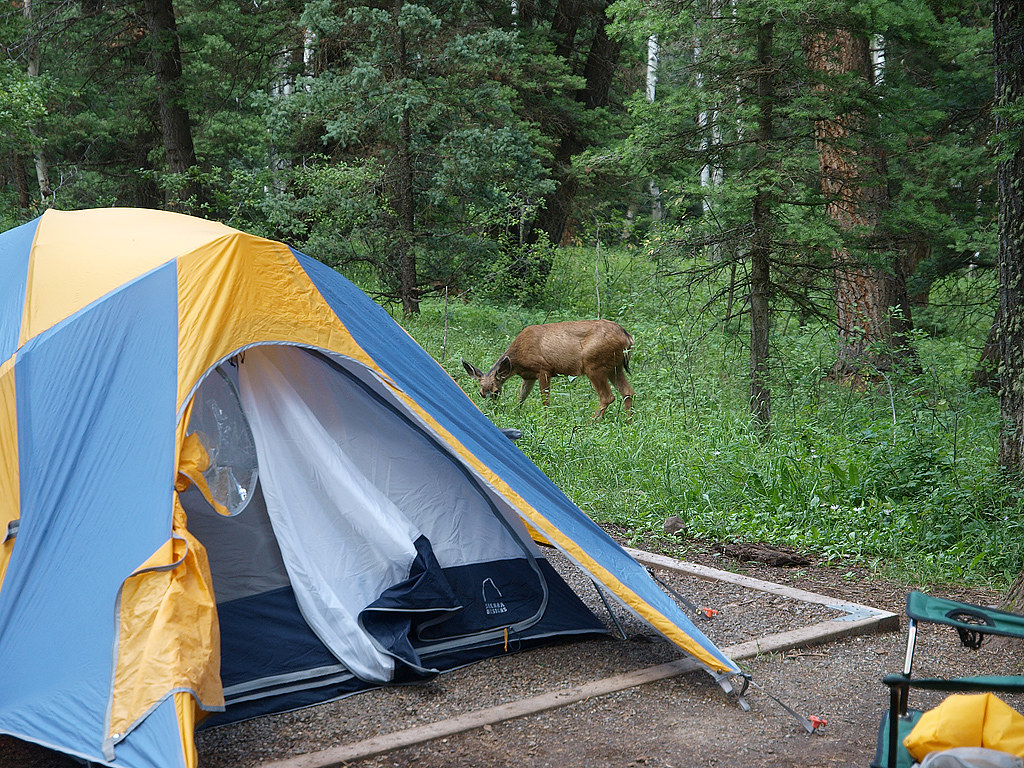 Various shots on the way up to the pass: 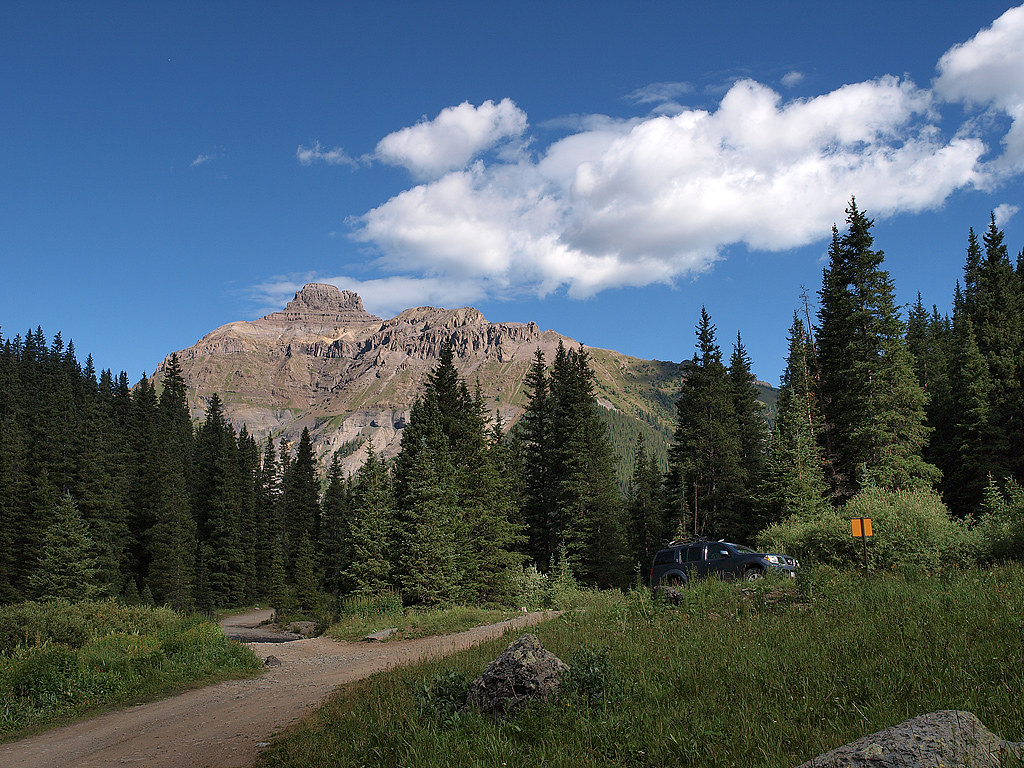 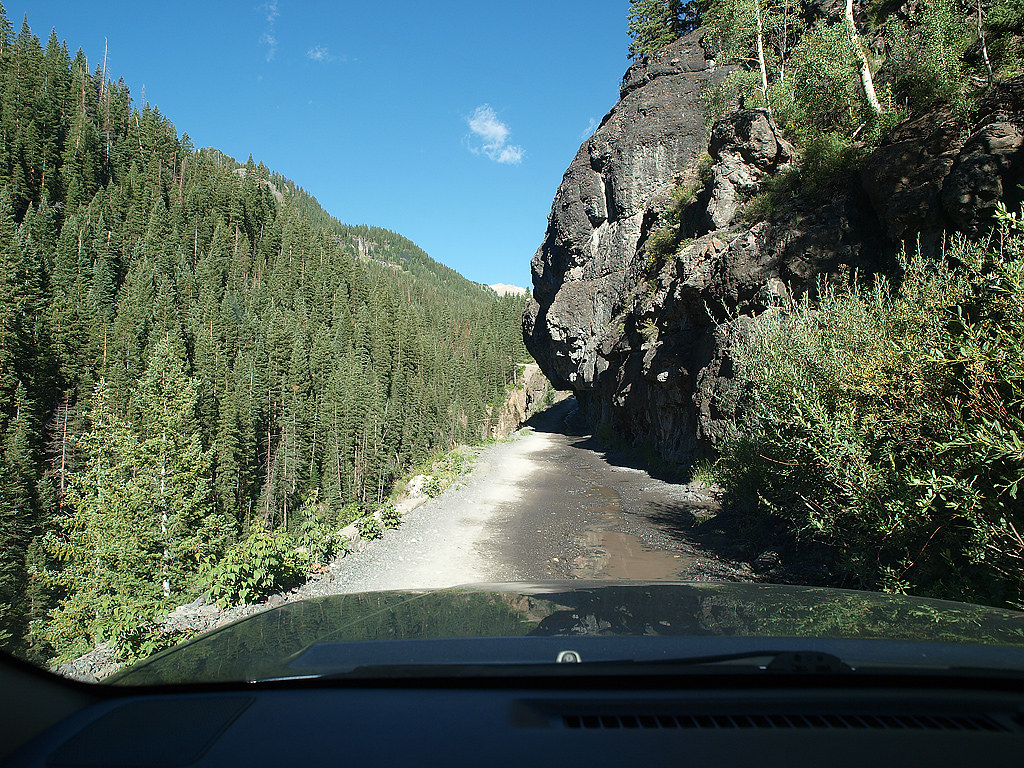 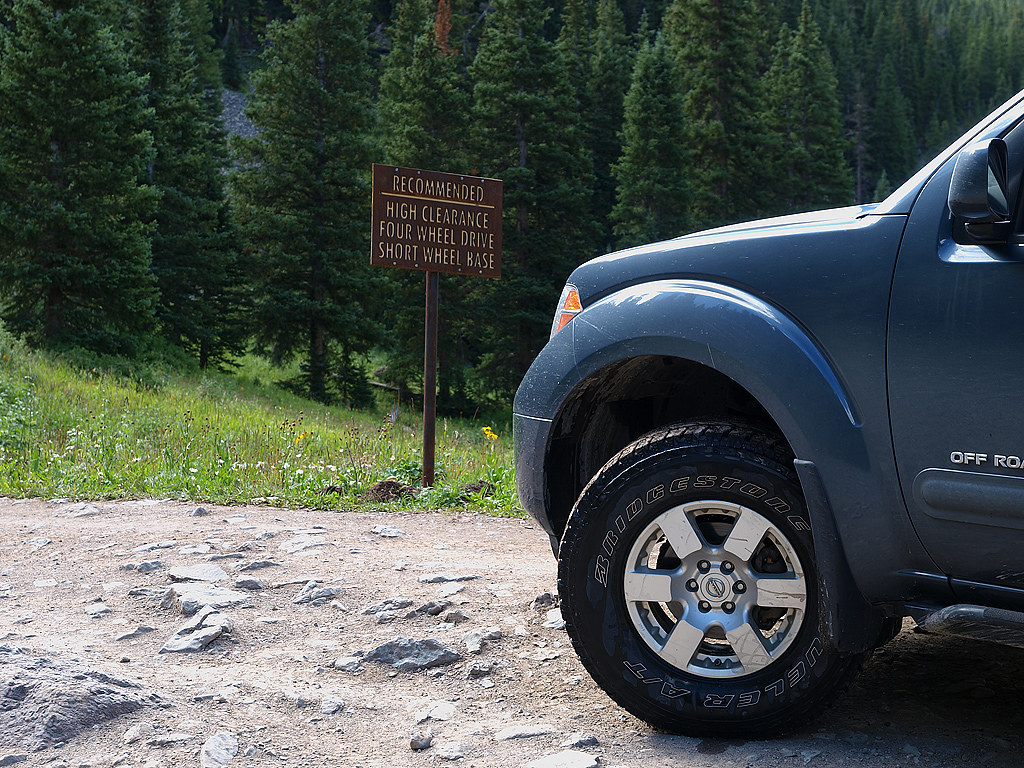 I opted to drive through the creek & not over the bridge: 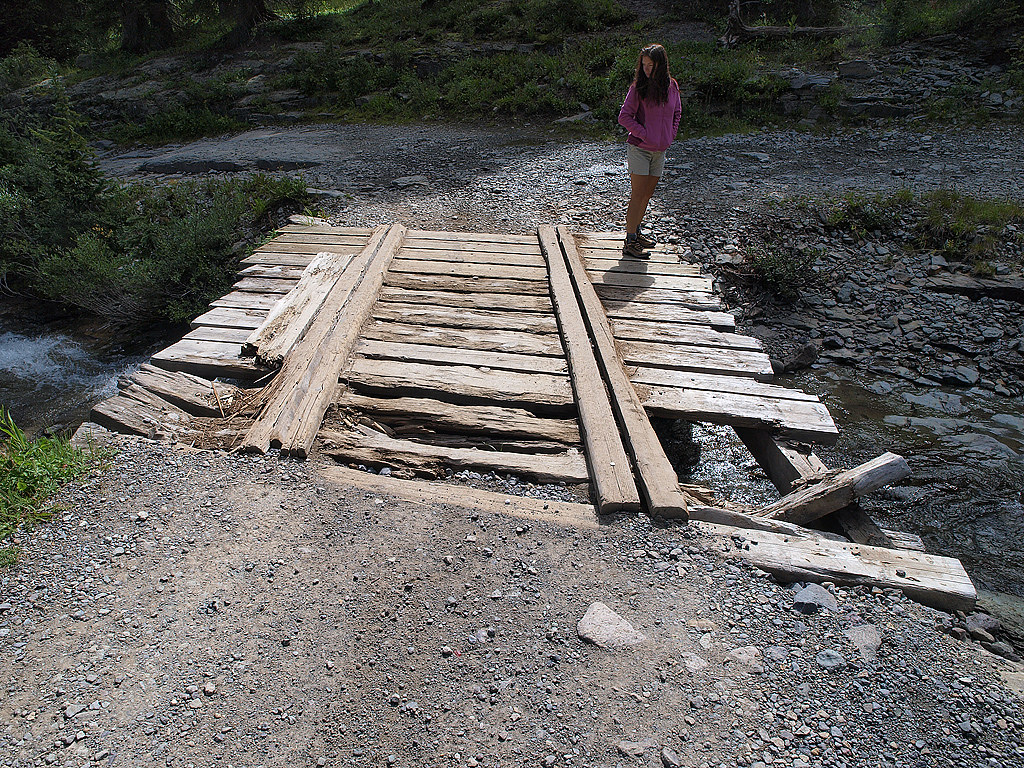 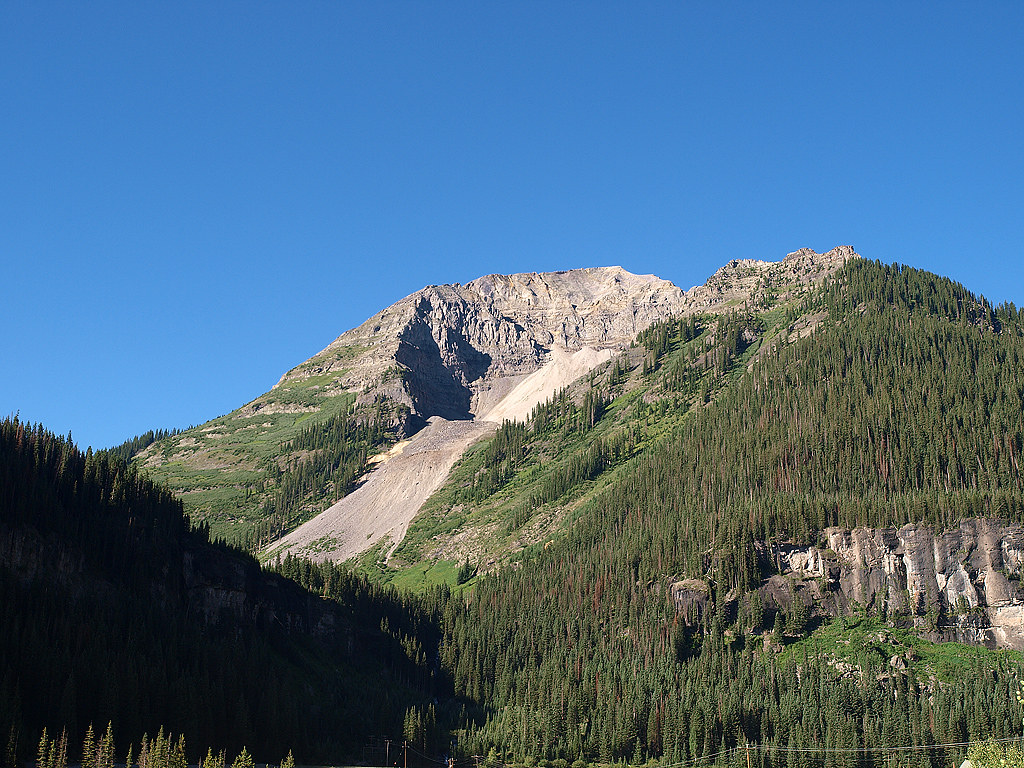 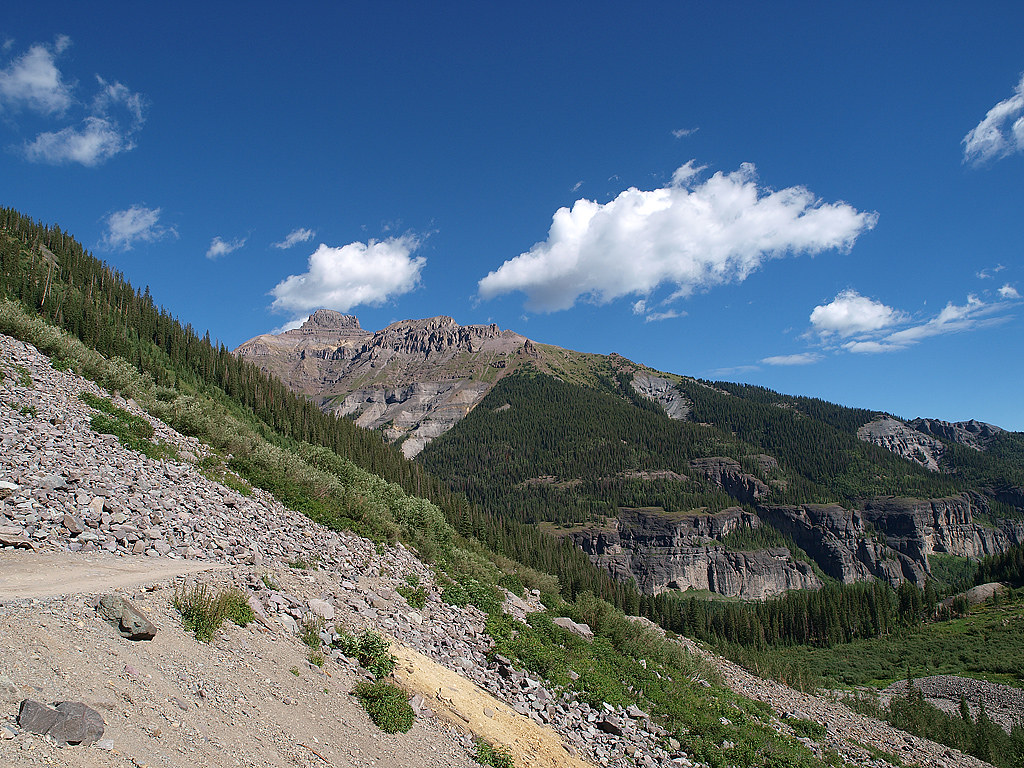 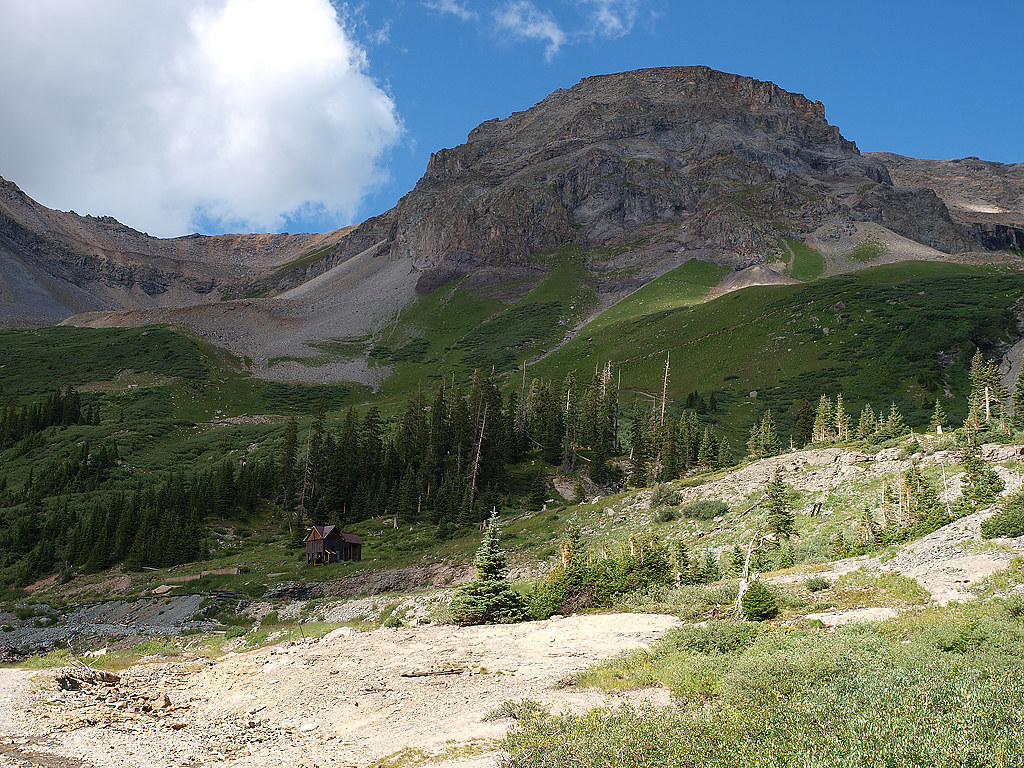 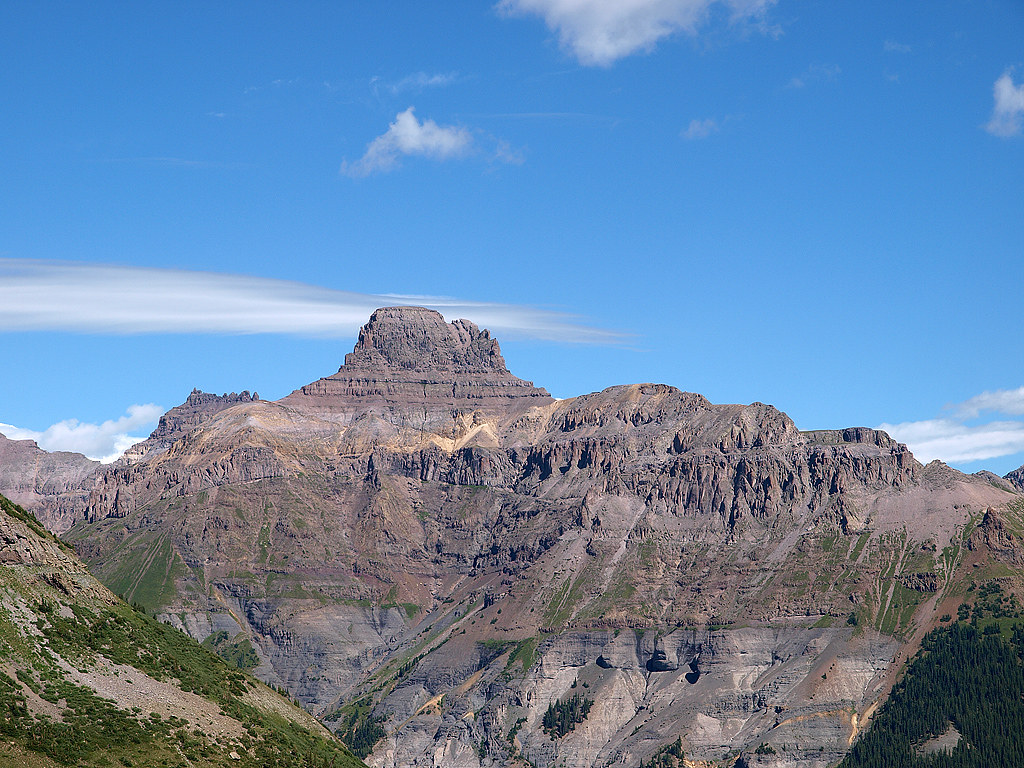 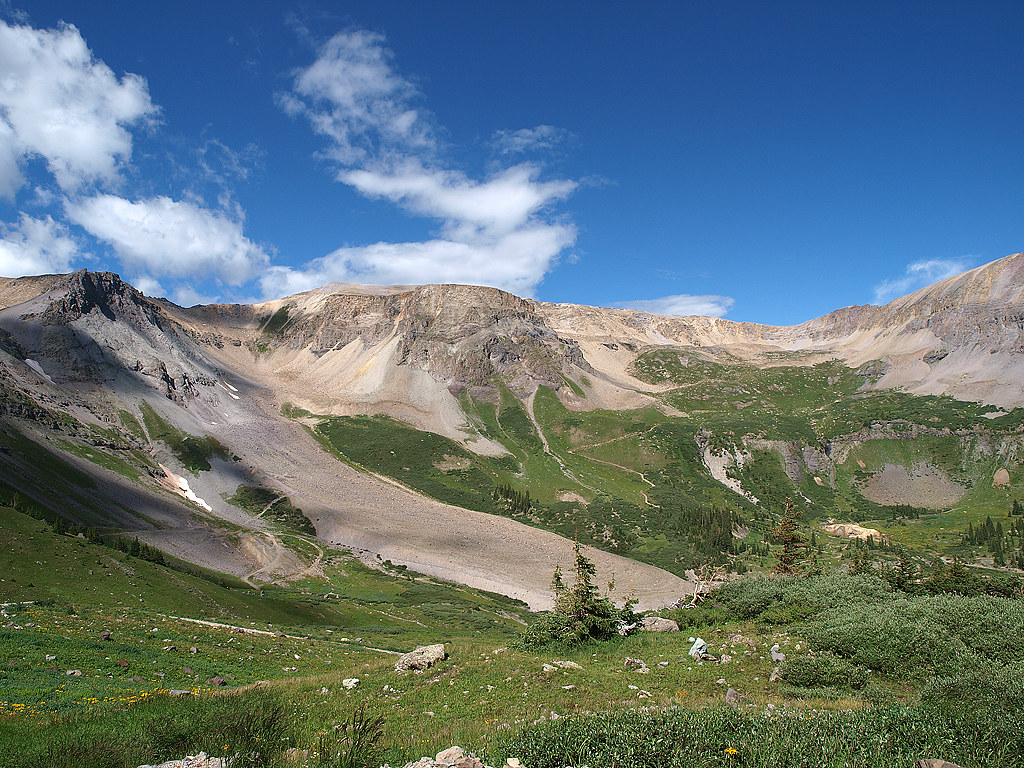 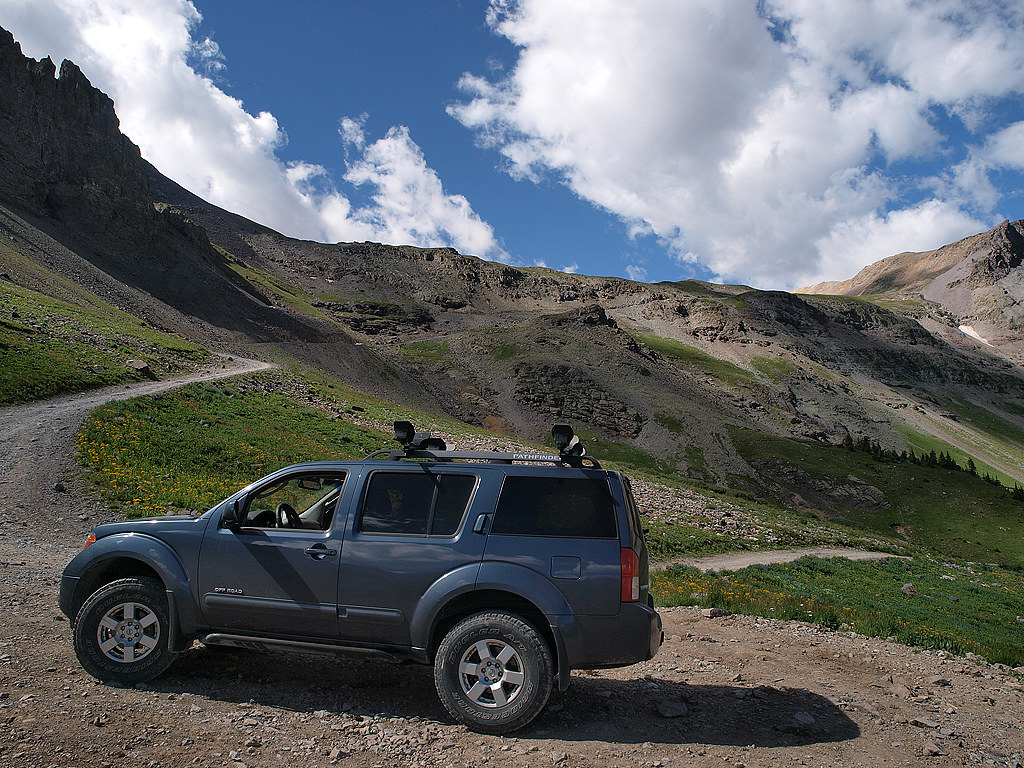 I ran into 3 spots that gave me difficulty, but only because of the lack of articulation. All 3 spots had the Pathfinder touching the ground with only 1 front & 1 rear wheel. It took me about 5 or 6 tries at each one, and most were done fairly quickly only because there always seemed to be a Jeep coming up on me from the front or rear & I didn't want to look like a complete shmuck. Of course my girlfriend kept saying "sure wish we were in a Rubicon right now" each time. 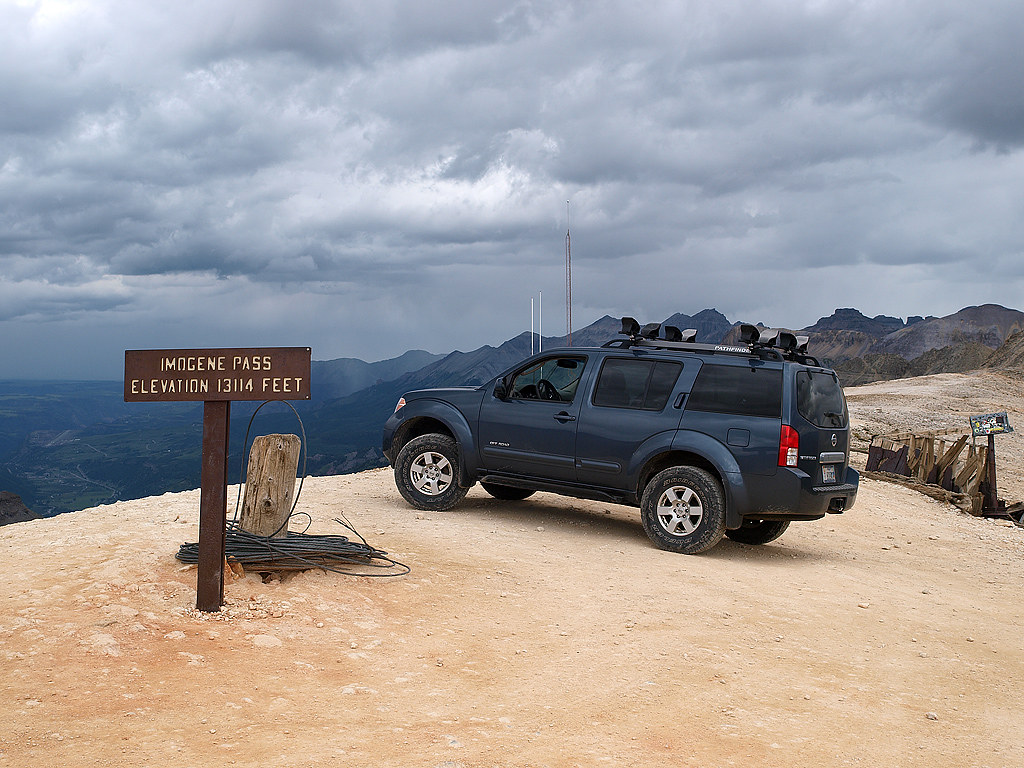 Looking over the other side of the pass toward Telluride, it was just a wall of black clouds & rain. I took a super short video that I'll post up later of the Hill Descent Control in action, because 1st gear in 4 LO was just too fast for the steepness of the grade we went down.

Here's another mining town a couple thousand feet below the the pass. The Jeep guys were all looking at me like WTF? 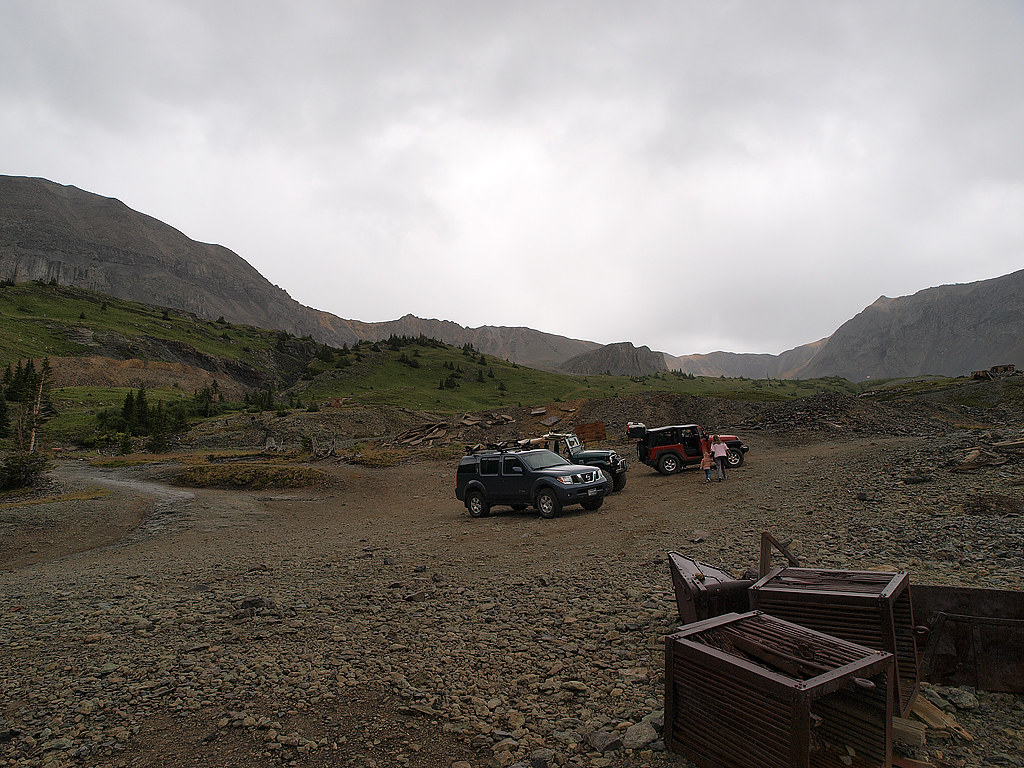 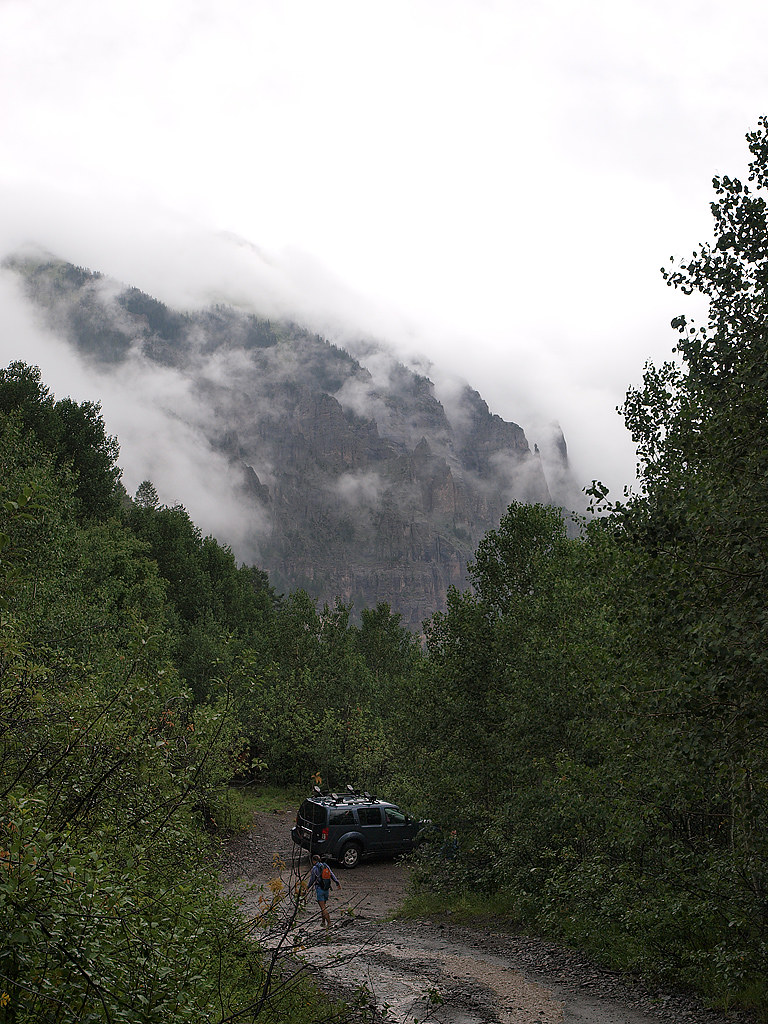 The stretch of trail between the old mining town and Telluride was interesting, to say the least. Sheer dropoff on one side, vertical mountain on the other. Since the "road" was only wide enough for one vehicle, I was forced to back up it a number of times whenever I hit oncoming traffic. At least until I found a bit of a pullout. I'm not a fan of heights at all, but this trail was fine. No way in hell would I drive Black Bear Pass though.

Looking down into Telluride: 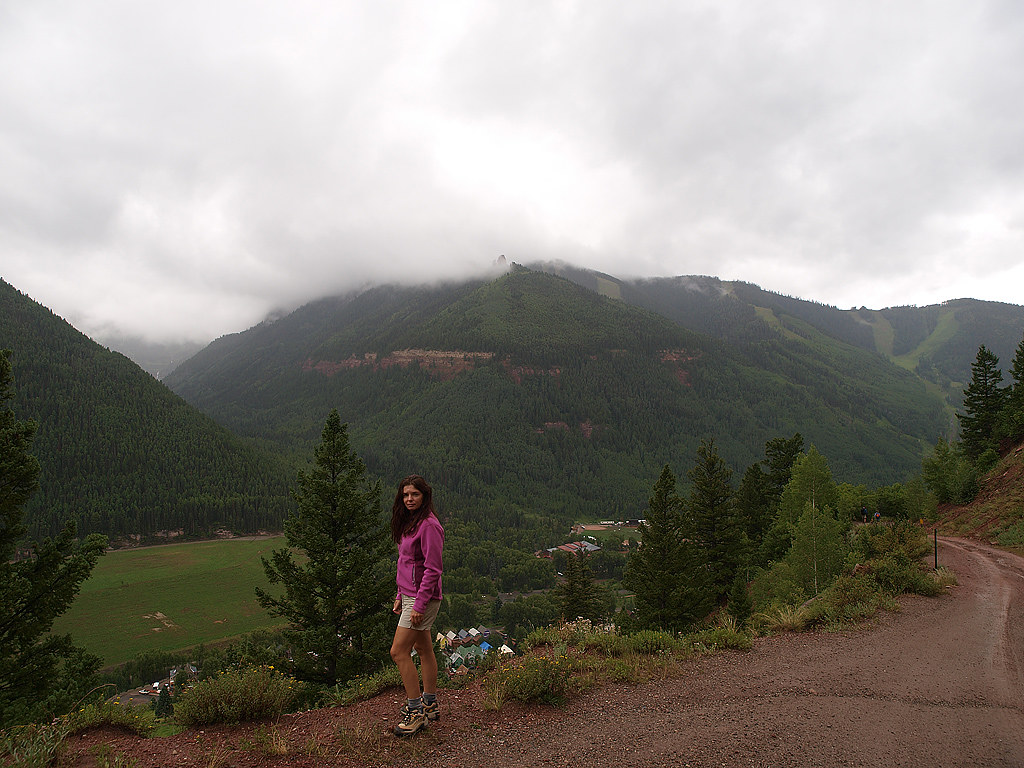 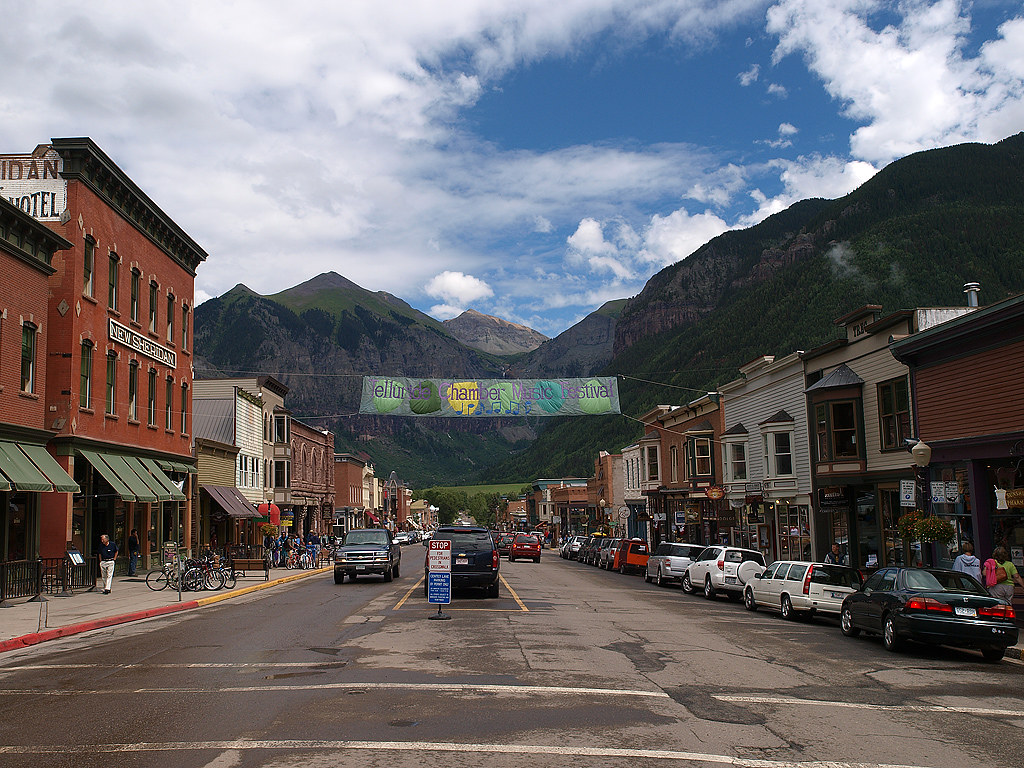 After having a great pizza while waiting for the torrential rain to stop, we realized we'd have to plod along to Mesa Verde directly. I had originally wanted to take another dirt road south of Telluride that connected to the highway just north of Silverton, but that Imogene Pass road just consumed way too much of our time.

A couple from Mesa Verde: 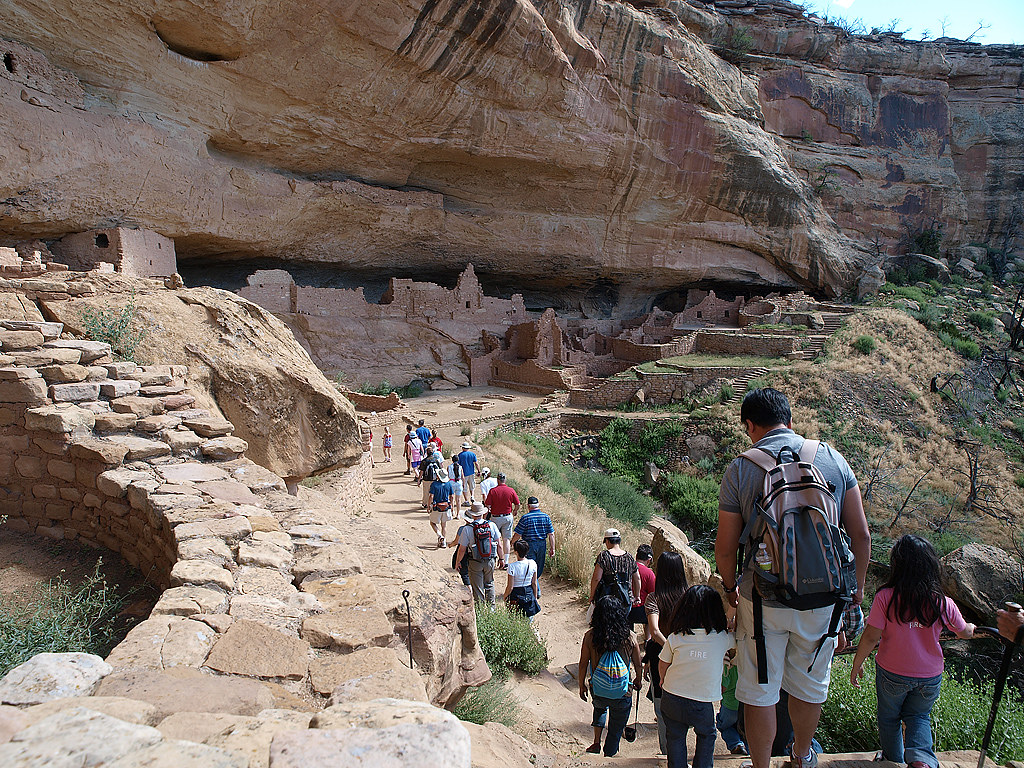 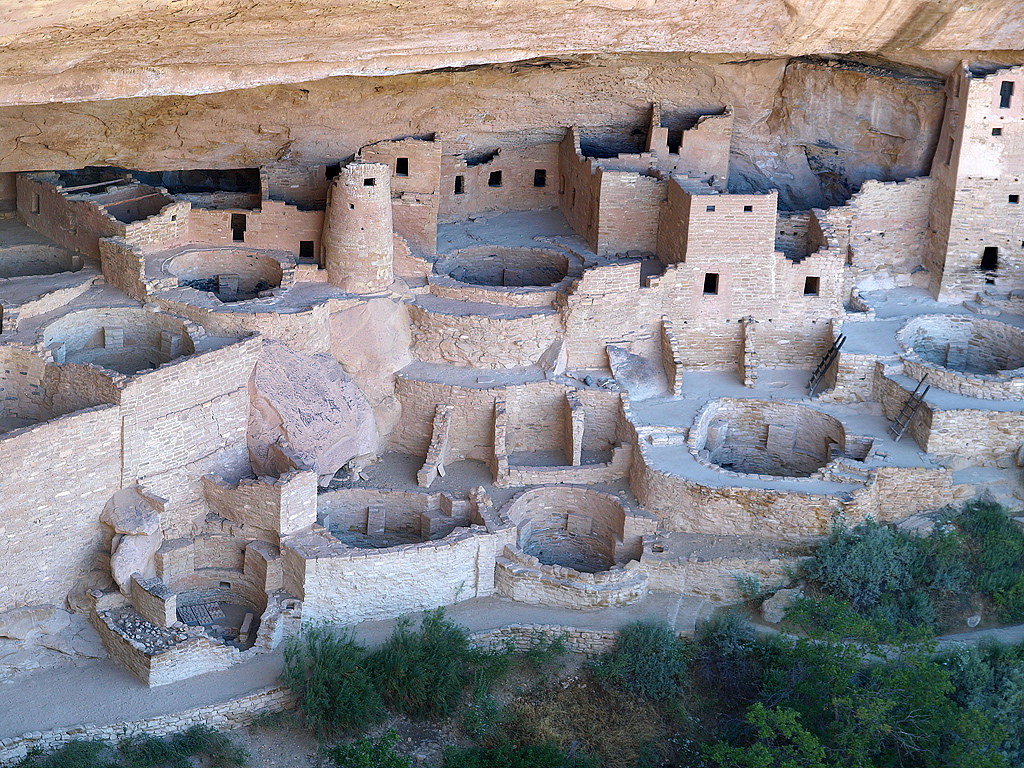 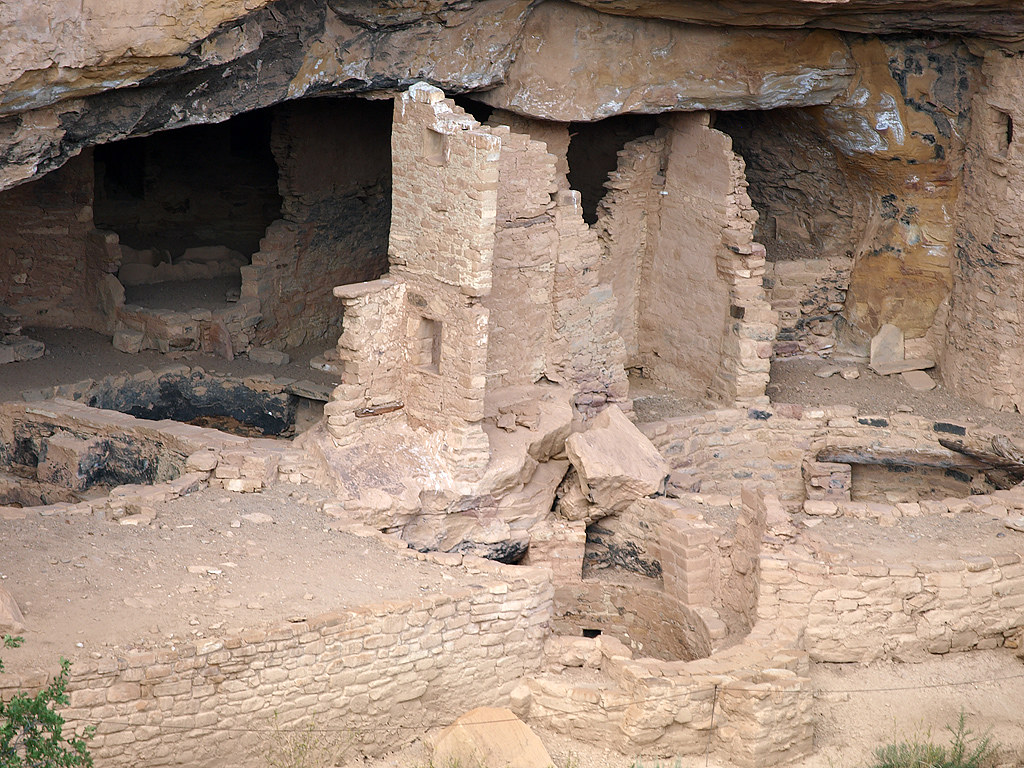 That looks like a great "road" trip. Very cool pictures. Thanks for sharing.
Top

Awesome pictures as always. Imogene Pass is a great trail to test out your ABLS.
Top

Very nice pics. Man, I'm jealous. I wanted to do Imogene and Black Bear Passes while we were there in June, but they were still closed. Things were much greener in your pics.
Top
Post Reply
9 posts • Page 1 of 1